A 16-year-old alleged hitman had his head blown off in a gruesome shoot-out when he was dispatched with fellow gangsters to kill police in Mexico.

Juanito Pistola, also known as Commander Little, was inside a van with members of Hell's Troop on Tuesday when they were ordered to ambush police in the town of Nuevo Laredo, a smuggling gateway.

At around noon, Pistola and six others, armed with rifles and dressed in military fatigues, travelled in the van with Texas license plates and engaged the police in a gun battle close to the airport. 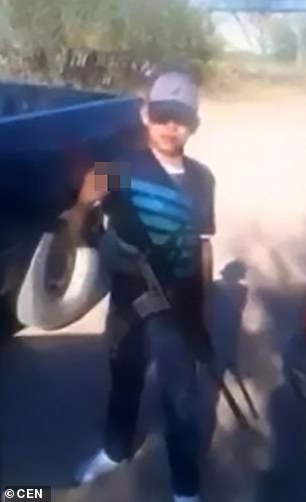 High calibre rounds tore through their bodies and pictures of the aftermath showed Pistola's head taken clean off and the blood-soaked corpses of his comrades.

Another four members of Hell's Troop, a wing of the notorious Northeast Cartel (CDN), were killed in clashes with police in the town, Vanguardia reported.

Local media said that the vehicle Pistola died in had been used in an attack on the police several days before in a different part of the city. 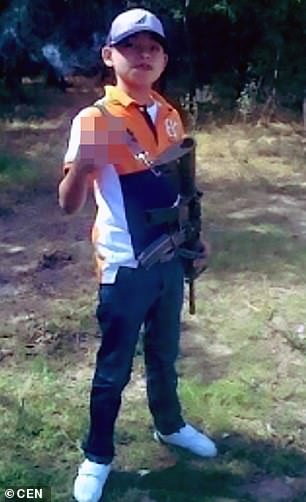 Social media videos and narco-rap songs refer to Pistola as being a hitman in the ranks of the CDN since he was just 13.

According to Mexico's official news agency, Notimex, Pistola had been arrested by police in 2015.

According to reports, cartels often recruit minors to mainly work as drug smugglers.

Nuevo Laredo is of great strategic importance for the cartels because of numerous international bridges and its proximity to the US. 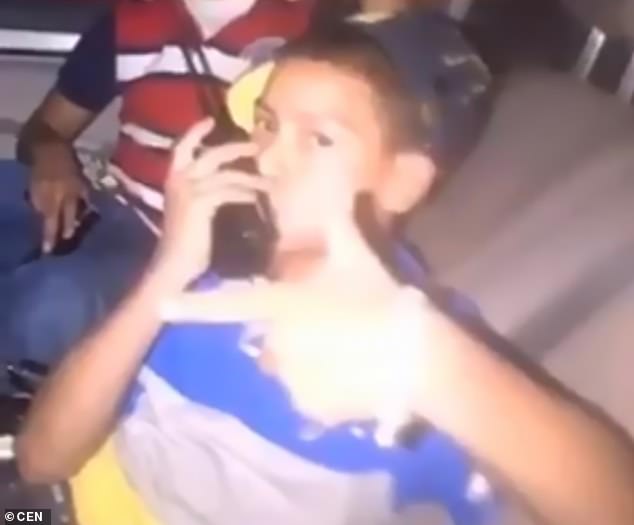 The town has seen a spate of assaults by CDN gangsters on the state and army police in recent weeks.

A video from last week appears to show trucks marked with CDN insignia speeding down the highway as gunshots ring out.

The CDN, formerly Los Zetas, have controlled the town since 2004 when they took it from the Sinola cartel in a bloody turf war which claimed at least 2,000 lives, Telemundo reported.