Louis Marie Begne, spokesman for Cameroon's Northwest government, said the men entered the Presbyterian Secondary School in Bamenda, overwhelmed the guard and forced him to take them to the sleeping children.

The men took 79 boys and girls and tried to drive away with the school's minibus. The driver pretended there was a fault with the vehicle so the men took off with the children on foot.

Begne said a crisis meeting was held Monday morning, and the Cameroonian army, police and military police are looking for the children.

The BIR---the Rapid Intervention Battalion, an elite military unit -- is also involved, and helicopters are in the air looking for the youngsters.

It is likely the children have been split into groups, Begne said.

Begne added that the principal of the school had been kidnapped --and let go—only three days ago and had been told not to return to the school.

Benge was not able to say who the kidnappers were, and did not rule out secessionists.

Anglophone separatist fighters calling for independence from Cameroon's largely Francophone government have been accused of kidnapping students in Cameroon's north and southwest region. 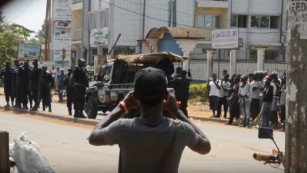 In September, seven students and a head teacher were kidnapped by armed separatists from their school in the town of Bafut, in the northwest of the country, according to Amnesty International.

The hostages were "tortured and seriously injured" by their kidnappers before their release, the human rights group alleged.

Separatist fighters also unleashed attacks on a group of soldiers in the city of Buea, in southwest Cameroon, in the same month, the rights group said. 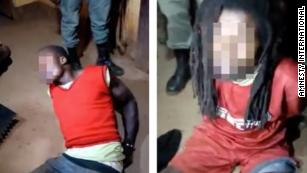 Violence often erupts in Cameroon's volatile Anglophone provinces, whose residents make up 20% of the country's population. People in those provinces complain the mostly French-speaking government has marginalized them.

But tension flared last year after protests in the regions turned violent, with armed separatists calling for a country of their own.

The growing secessionist movement has also worsened security in the West African nation this year. 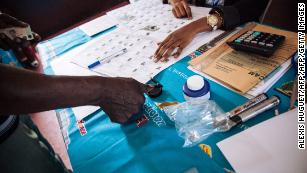 "We heard gunshots all through the day," says Cameroon voter

President Paul Biya, who has ruled the country for 36 years, has been accused of using the military to launch attacks on armed separatists and kill English speakers.

The fighters have been accused of killing members of the country's security forces.

However, the 85-year-old leader, now elected for seventh term, has condemned "acts of violence" regardless of their sources.