Paxex Forum / Entertainment / Fashion / A Bride with 'no budget' for her wedding chooses the same Cartier earrings Meghan Markle .

A Bride with 'no budget' for her wedding chooses the same Cartier earrings Meghan Markle .

While sticking to a budget is one of the trickiest elements of wedding planning for most couples, one wealthy pair have admitted that they've not even considered the expense of holding two celebrations in Bali and Italy.

Angie is set to wed Fabian, 26, from Singapore, whose father is one of the largest developers of ceramics in the world, and the couple are determined to spare no expense to make their sure their day is perfect. 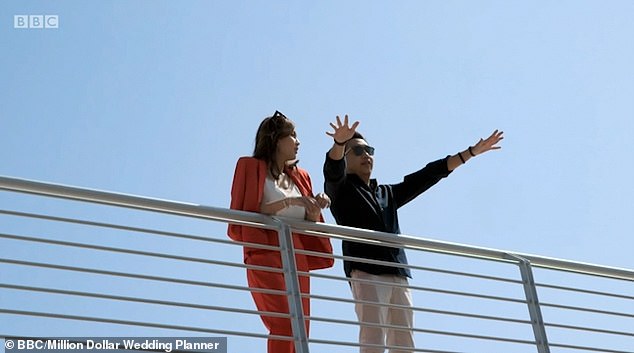 The young couple were shown visiting Cartier - where Fabian is a VIP member - and were presented with the Reflection de Cartier collection, which was worn by Meghan Markle, 38, on her big day in May 2017.

It was also revealed that the pair are planning to redevelop a 20-acre Italian vineyard belonging to Fabian's father for the ceremony, because it would be easier to design a wedding venue 'from scratch'.

Fabian and Angie admitted they have 'no budget' for the wedding, and said they wanted to get married on a floating platform over a pool on the estate.

And revealing their elaborate plans for the day, Angie admitted she wanted to wear Cartier pieces on the big day, because Fabian's family have a 'long-standing relationship' with the brand.

Speaking of her clients, Lelian explained: '[My clients] buy quite frequently, and not only the regular pieces, but the collectibles so they are VIP of Cartier. 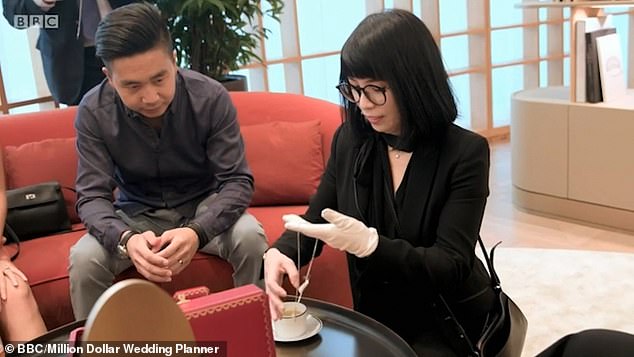 '[The shop assistants] know exactly what Fabian wants, they know his preferences, they know what champagne he likes, they will also be handpicking out items ahead of time to show him.'

Fabian explained: 'We invest in Cartier pieces and we buy a lot of unique pieces from them.

'We don't just work in Singapore, we have a relationship with them in Rome and London too.'

Cartier's VIPs have their own 'client relationship managers' assigned to them, who will be in charge of  signature jewellery pieces for the couple.

Fabian's manager, Samantha, presented the pair with the stunning set of accessories, that was specially flown in from England for the bride. 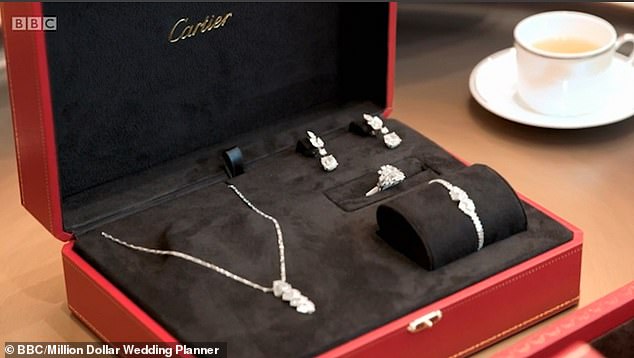 One of the Cartier team members said: 'This is the reflection set that Samantha especially arranged in for you.

'This is the one that Meghan Markle wore, the reflection earrings, the ring of course was from Princess Diana.'

Reflecting on the discovery, Fabian said: 'I guess Princess Meghan wore that set for her wedding.

The couple, who are set to hold two weddings - one in Bali and one in Italy - later confessed that they have 'no budget' for their wedding and were yet to even consider the expense.

Fabian said: 'We have no budget, we have no idea. We have not even planned that yet, we're like whatever.'

It wasn't just the bride who wanted to splash out on luxury accessories, as the groom decided that not just one, but two wedding rings were appropriate for the dig day.

He said: 'Her engagement came from Cartier so I thought it was only fitting to have a Cartier wedding band too.'

After mulling over some rings, Fabian decided that one wedding band simply wouldn't be enough, and considered doubling up on the accessory. 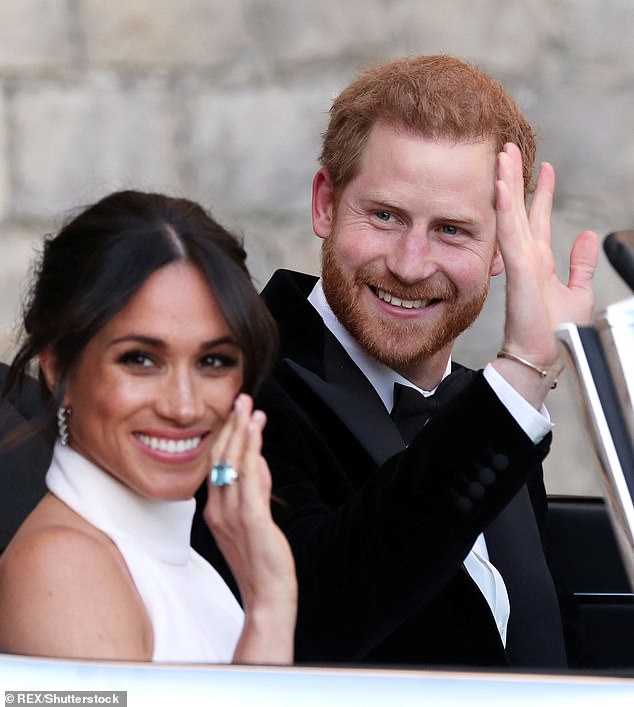 The employee was heard convincing him: 'There's no rule you have to get one wedding band you can get two.'

Angie later confirmed: 'He's getting both I'm pretty sure.'

Fabian and his father purchased the property four years ago, and insisted that it was imperative he and his father find their 'own winery' as they 'fly into Europe four or five times a year'.

He said: 'We stumbled upon this place because our core business is in ceramics.

'We fly into Europe four or five times a year, we love Italian wine so we've always wanted to find our own winery .

'We just fell in love with this place it has very special wines, great wines only found in this area.'

And Lelian admitted that she wouldn't let anything get in the way of what Fabian and Angie had pictured for their big day.

She said: 'These clients have grownup getting what they want. It's very difficult for me to say this is too much, or this is difficult because they wouldn't understand why that's the case.'