A Mum-of-three spends Â£19,000 on plastic surgery to look like Meghan Markle... See the outcome!

A single mother-of-three is proudly showing off her new look after spending a whopping $30,000 on plastic surgery to look like Meghan Markle.

Xochytl 'Xochi' Greer, a 36-year-old lawyer from Houston, Texas, documented her transformation on ABC News' Nightline as she underwent liposuction, fat grafting, and rhinoplasty in the hopes of resembling the Duchess of Sussex and ultimately bettering her life.

'I think she’s a beautiful woman, and, as I’m changing the features that I have, yes, I want those features to more resemble Meghan,' she said before she went under the knife.

Greer loves watching Markle play corporate lawyer Rachel Zane in old episodes of the legal drama Suits, and she said she is often told that she resembles the actress turned royal. 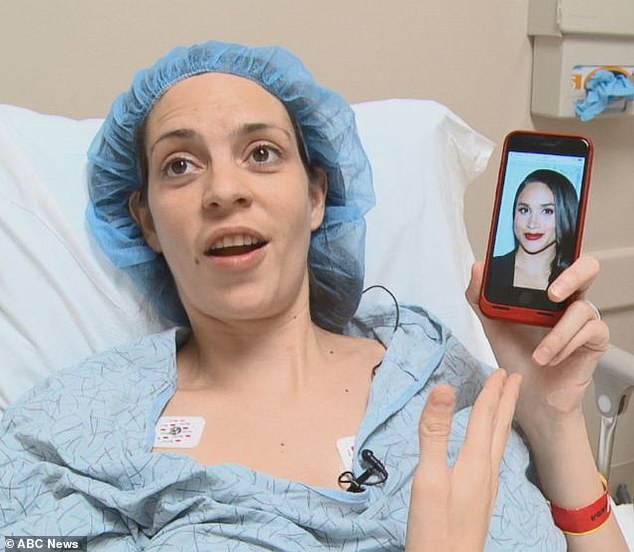 'I take that as a huge amazing compliment because she’s a gorgeous woman,' she said. 'That has kind of helped inspire me and triggered how I knew what I wanted to do.'

Greer sought out the help of Dr. Franklin Rose, a well-known plastic surgeon in Houston who has made headlines for taking on similar transformations.

Greer hoped that the head-to-toe makeover would turn her life around after feeling plagued with insecurity.

'My body has changed since having another child. My self-esteem was just lower because the way things went with the father of my child,' she explained. 'I am hoping that this will give me something that I need to get back out there.'

The mom admitted that she had a 'very hard time talking to men in a non-friendship manner,' and she believed going under the knife would be a boost to her confidence.

'The plastic surgery just helps to give me more self-confidence on my outward appearance while I am fixing my inward appearance, you know, privately through therapy and things,' she said.

The day before her surgery, Greer stripped down to her bra and underwear so Dr. Rose could examine her, and the consultation was documented by Nightline.

'We’re going to soften the nose. It’s a pretty nose, really. We’ll get it a little bit more like Meghan Markle,' the doctor told his patient. 'We’re going to make two baby incisions so you get rid of all this baby fat.' 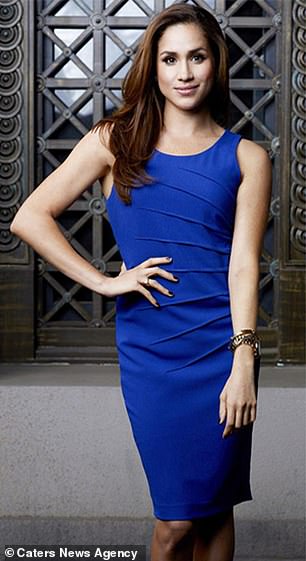 While sitting down with the news program, Dr. Rose was asked if he does any form of psycho-analysis or evaluation on patients who say they want to completely change their appearance.

'I have examined maybe 30,000 patients over this surgical career of mine, so you can tell very quickly who is a stable a patient or patients who have unreasonable expectations,' he said.

The plastic surgeon also noted the duchess has become 'one of the new "it" girls.'

Greer paid $30,000 — minus an undisclosed discount from Dr. Rose for appearing on TV — to have liposuction, fat grafting to her buttocks and cheeks, and rhinoplasty.

Right before she went into surgery, she held up her cellphone to the camera to show a photo of Markle, saying: 'This is the end game, right? This is what we're trying to get as close to as possible.'

Greer was in surgery for seven hours, and after she came to, she eagerly looked at her bandaged face on her cellphone.

'I can already see some changes,' she said. 'I am really, really excited to see these results once the swelling goes down.'

Renata Williams, a 33-year-old real estate agent from Houston, also underwent her own Meghan Markle-inspired transformation that was documented on the show.

Although she and Greer did not know each other before they debuted their new looks, they both chose Dr. Rose to do their surgeries. 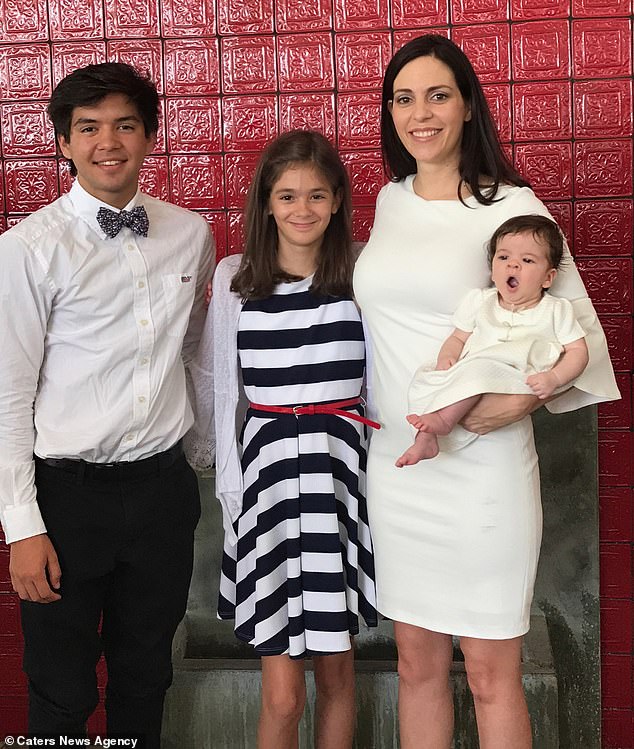 'I have an infatuation a little bit with Meghan Markle. I want to look like her, Williams told Nightline. 'I want to have the body that I’ve always wanted. Ten years later, after kids and having three C-sections, you’re just not comfortable anymore.'

She and her second husband, Anthony, have a blended home with three children each, and like Greer, she has also been told that she bears a resemblance to the Duchess of Sussex.

'She's graceful. I mean, she's intelligent, the way she gives back to the community, Williams said of Markle. 'I know that I'm not going to look just like her. But at the same time, she has a lot of features that I admire. And I would like them on me.'

The mom said she would like the royal's same jaw and cheekbones in particular; she is also a fan of Markle's style and had an 'aspirational' closet of form-fitting dresses that she hoped she would be able to wear with confidence after her surgeries.

Her husband told Nightline that he thought she was beautiful, saying that looking more like Markle would be a 'linear move' for his wife because 'they're both pretty.'

Williams' 12-year-old daughter Raylin also thought she was beautiful the way she was but was ultimately supportive of her decision to change.

'I see beauty, perfection. I see an awesome lady,' the tween said. 'I wish I could look like her all the time, especially at school when people say, "Your mom is really pretty."'

Dr. Rose stressed that Williams would not look identical to Markle, noting that there is a 'misconception in plastic surgery' that you can take someone's face and make it identical to somebody else's face.

'What we’re just going to try to do is just kind of refine things a little bit, to make her look more like Meghan Markle,' he said. 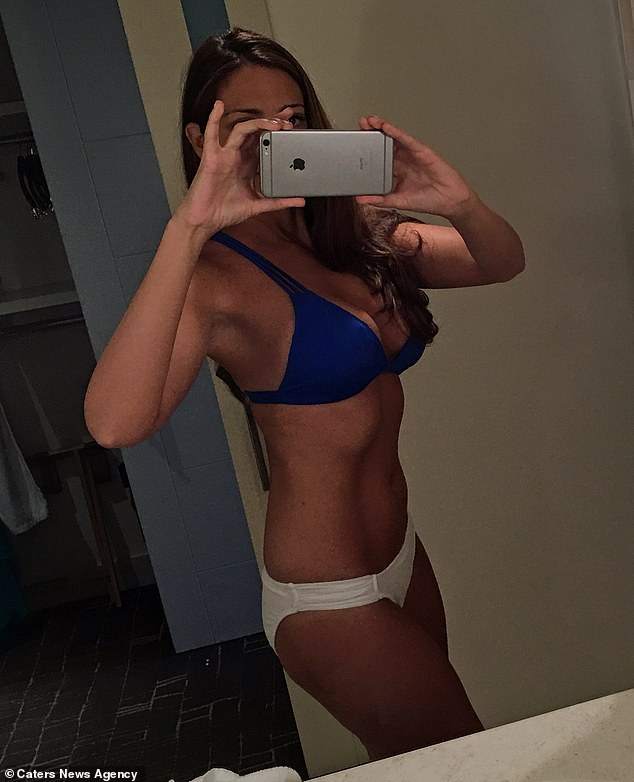 Williams had even more procedures than Greer and was in the operating room for 11 hours. The cost of her liposuction, fat grafting to her buttocks, breast lift with implants, a tummy tuck, and rhinoplasty was $42,000, but she also received an undisclosed discount from Dr. Rose for appearing on television.

After months of recovering, Dr. Rose threw Williams and Greer a British tea-themed reveal party complete with cardboard cutouts of Markle to debut their transformations.

Both women are thrilled with their new looks, and while they don't look identical to the duchess, they are happy with the similarities they now share.

'My daughter, when I got home and the first time I got dressed up, she said, "Mom, you look just like her." And in the back of my head, I was like, "No, I don't but okay!" I'm so happy! The ones who thought I was crazy are the ones who's like, "Congratulations!"'  Williams said.

The mom went on to say that her transformation was all about being proud of who she is, explaining that the happiness she feels now made her realize how 'down' she was before her surgeries.

'I didn't realize how down I was until I realized how happy I am and excited, and I get out of bed happy.'

Greer, meanwhile, said she is 'very, very happy with the results' post-surgery.

'I didn't go into this with an unrealistic expectation [that] people were going to go, "Oh my gosh, is that Meghan Markle?" There are certain features that resemble Meghan now,' she said.

'But I look in the mirror and I still see me, just a better version of me.'

In another interview, Greer revealed that her 23-month-old daughter Isla now yells, 'Mommy, mommy,' whenever she sees pictures of Markle.

'I had very big self-confidence issues, but now I feel I can put on a nice dress and don’t need to wear much make-up because I feel great,' she said of her transformation.

'I still wear the same sized clothing but they fit perfectly now, I don’t have big long rolls hanging out of my pants anymore. 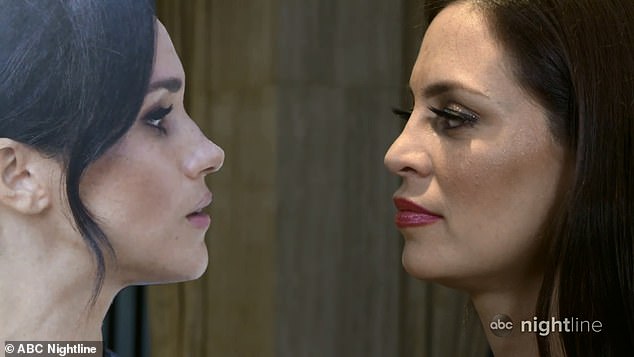 'I don’t think I look identical to Meghan Markle, but I do see our similarities a lot more now, my nose definitely resembles hers more closely,' she added.

'I also had fillers in my jawline to have a stronger jaw like she does, so I do feel I more strongly resemble her now.'