AMAZON has been hit by Black Friday protests with thousands of British workers staging action over “inhumane conditions”.

Demonstrations are being held at warehouses in Rugeley, Swansea, Peterborough, Milton Keynes and Warrington today.

And in Spain, the retail giant attempted to get cops to break a strike in San Fernando de Henares, Mail Online reported.

But the request was reportedly denied because strikes are legal in Spain.

The company was forced to divert stock to its to other warehouses. 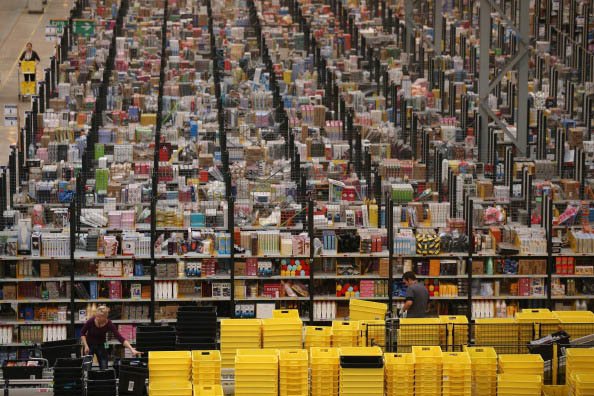 It’s not clear if the mass protests will affect delivery times for Black Friday shoppers in the UK.

An investigation by GMB - the union for Amazon workers - claimed workers don’t have time to go to the toilet and work in “dangerous” conditions.

It alleged ambulances were called to Amazon warehouses 600 times in the past three financial years. 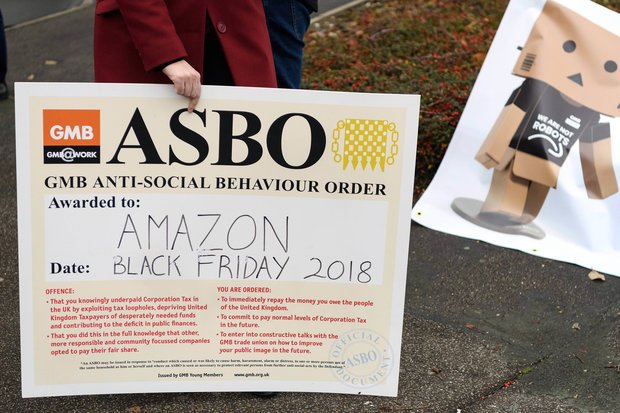 One Amazon UK worker said: “I have repetitive strain, and spondylosis with arthritis.

“The work is dehumanising, you are a number not a person.”

They added sick workers were “paid off” and replaced with “temporary workers with less terms and conditions”.

“You'd think making the workplace safer so people aren't carted out of the warehouse in an ambulance is in everyone's interest, but Amazon seemingly have no will to get round the table with us.

“Working people and the communities Amazon operates in deserve better than this. That's what we're campaigning for.”

Amazon said in a statement: “Amazon has created in the UK more than 25,000 good jobs with a minimum of £9.50 an hour and in the London area, £10.50 an hour on top of industry-leading benefits and skills training opportunities.

“All of our sites are safe places to work and reports to the contrary are simply wrong. 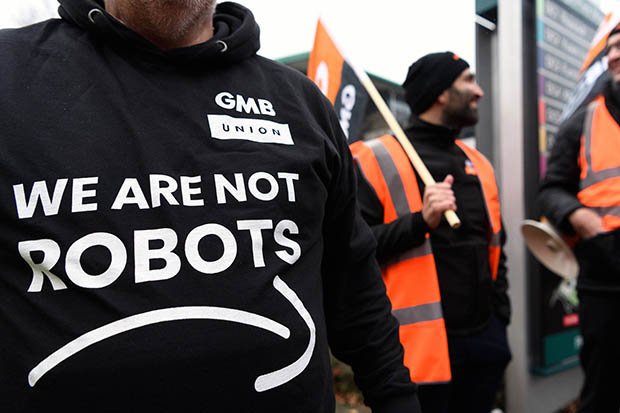 “According to the UK Government's Health and Safety Executive, Amazon has over 40% fewer injuries on average than other transportation and warehousing companies in the UK.

“We encourage everyone to compare our pay, benefits and working conditions to others and come see for yourself on one of the public tours we offer every day at our centres across the UK.”