Astonishing recovery of boy, 7, who suffered a STROKE during soccer

Stephen Corner was playing in an afternoon soccer game in June when he started complaining of a headache.

During a break, he was sitting on his mother's lap when, all of a sudden, he collapsed.

The seven-year-old wasn't able to sit back up or talk - aside from faint mumbling sounds - and was clutching at his face.

His mother, Nicole Cavall, rushed him to a local hospital in their hometown of Mineral City, Ohio, where doctors confirmed he'd suffered a stroke.

Tests later showed that there was a clot in one of the main cerebral arteries in Stephen's brain, which doctors believe was caused by his body's inflammatory response to a prior viral illness. 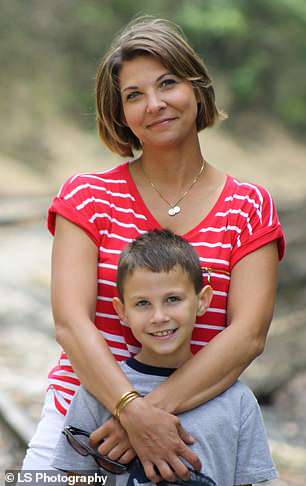 Nicole's car was two blocks from the soccer field, and Cleveland Clinic Union Hospital was round the corner, so Stephen was in the waiting room within five minutes of collapsing.

The first 30 minutes of stroke onset are crucial because a medical team can evaluate the type of stroke and the areas of the brain affected by it. Any later and it's more complicated due to the sheer quantity of blood flooding the brain.

Stephen underwent a CT scan, showing a likely pediatric stroke, but CT scans are not the best tool to detect early signs of a stroke. To be sure, doctors sent him to another local hospital that could perform an MRI - a more rapid approach - which confirmed it.

Finally, he was flown with his mother via helicopter to Cleveland Clinic Children's where interventional neurosurgeons could treat him.

'I'd never heard of a child having a stroke,' Nicole said in an interview with the  Cleveland Clinic. 'He'd never had a medical problem in his life.'

According to analysis published in the Journal of the American Medical Association Neurology, around 75 percent of strokes occur in people aged 65 or older. 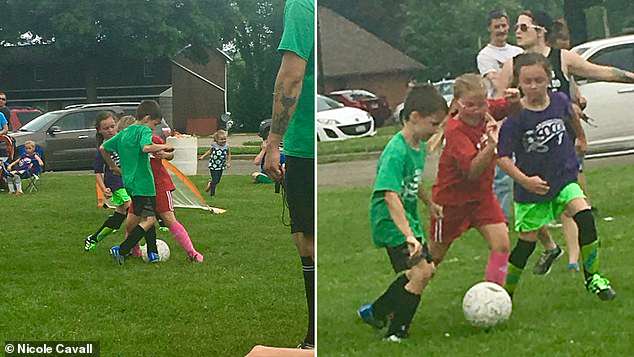 But, around 12 in 100,000 children under 18 years old suffer strokes, according to the Children's Hospital of Philadelphia.

Children at risk include older children who have sickle cell anemia, congenital heart defects or issues with blood clotting

Stroke is the sixth leading cause of death in children because they are often misdiagnosed as having migraines or epilepsy.

Dr Neil Friedman, director of the Center for Pediatric Neurosciences at Cleveland Clinic Children's, said Nicole is far from the only parent to be unaware of pediatric strokes.

'There is a lack of awareness that stroke occurs in children. People tend to dismiss the signs of a stroke as almost anything else,' he told Daily Mail Online.

'We know there are a lot of mimics to a stroke. In adults, if there's weakness, it's diagnosed as a stroke unless proved otherwise.

'For children, it can be the result of complicated migraines, weakness after a seizure, and we actually have to do an MRI to diagnose a stroke.'

Dr Friedman said it's for these reasons that most children don't arrive at the hospital until it's been more than 24 hours after suffering their stroke.

An angiogram, a diagnostic test that uses X-rays to take pictures of blood vessels, found that one of Stephen's main cerebral arteries in his brain was completely blocked - which had caused the stroke.

There was no trauma to the artery, nor tearing, which made Dr Friedman suspect the clot was caused by a prior viral illness.

'Our theory is [the stroke is] not directly due to the virus but the body's inflammatory response,' he said.

'So it doesn't occur acutely with the virus but some weeks or months after the virus - and that causes some narrowing or weaknesses in part of the brain.'

The drug is administered in the arm and works to dissolve the clot and improve blood flow to the brain.

However, Stephen wasn't treated until eight hours after the onset of his stroke and IV r-tPA must be administered in the first four and a half hours.

Led by interventional surgeon Dr Mark Bain, the team instead performed a procedure on Stephen - which is rarely done in children - called a mechanical thrombectomy. 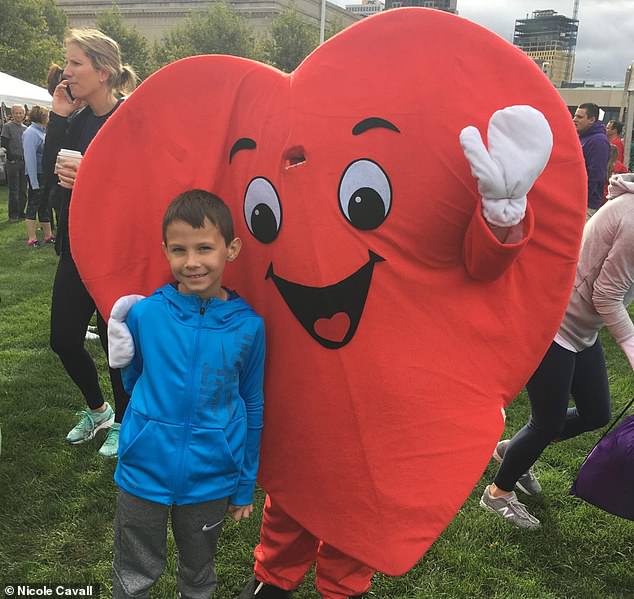 'The catheter is inserted into an artery in the groin and then it’s threaded up to the brain,' explained Dr Friedman.

'This special catheter essentially has like a l little basket which can expand around the clot, close it and retrieve it.'

Dr Friedman said the team was first worried when they saw Stephen's complete blockage that the clot may have from a heart or a vessel in the neck.

'When we went with a catheter we saw that both the heart and neck vessels were fine and it was just in the brain,' he said.

The surgery lasted a few hours but was a success. When Stephen woke up, he was able to talk, albeit slowly.

Over the next couple of days, doctors monitored vital signs, blood sugar levels and any potential new signs and symptoms of a stroke.

Staff also used the NIH Stroke Scale to measure the severity of his stroke before and after the procedure. Scores range from 0 to 42.

'Prior to going to catheterization, Stephen had a stroke score of 12, which is pretty significant,' Dr Friedman said.

'He had significant right-sided weakness, right facial droop, and he  trouble speaking clearly or normally

'A few days later he came down to five and by the time he was discharged, he was down to a three.'

Nicole said Stephen returned to school in the fall and that, aside from occasional memory lapses, he's returned to normal.

'Other than wearing a medical alert bracelet, and taking a children's aspirin once a day, he's back to normal. And happy,' she said.

Dr Friedman said he's been monitoring Stephen every few weeks since the stroke and, from the latest angiogram performed on August 17, his stroke appears stable.

'There's a plasticity in children's brains that allows them to bounce back more quickly from a stroke than maybe an adult might.' 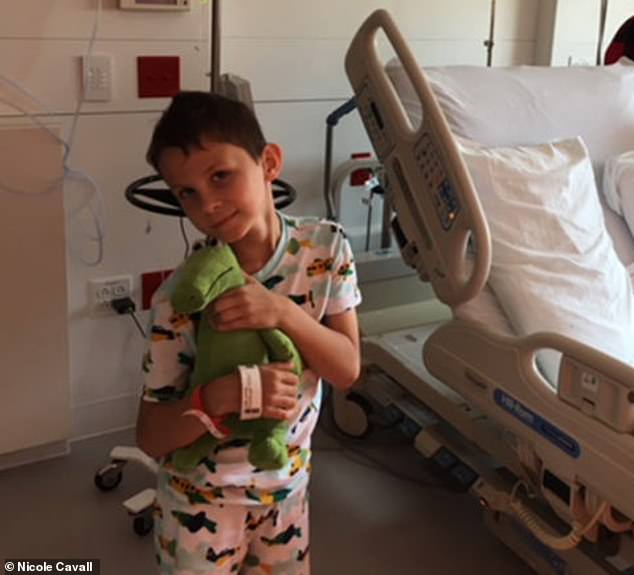 Stephen is also now part of a study being performed at the Cleveland Clinic that is looking at different viruses and viral markers to see which once might cause a stroke.

'There needs to be a general awareness that strokes can happen in children,' said Dr. Friedman.

'We really need funding and support to help these children. Pediatric stroke is three times more common in children than brain tumors.

'But everyone has heard of brain tumors in children, so there's lots of research and funding in those fields.'