Australia election announced: 10 things to know about the poll

Australians will vote in a general election on 18 May, Prime Minister Scott Morrison has announced.

The poll will decide whether the conservative government wins a third term or is replaced by a Labor administration led by Bill Shorten.

The election is expected to be hotly contested in several areas including climate change and the economy.

"[The election] will determine the economy that Australians live in, not just for the next three years, but for the next decade," Mr Morrison said at a press conference on Thursday.

"We live in the best country in the world, but to secure your future, the road ahead depends on a strong economy," he said. "That is why there is so much at stake."

Here are some key things to know about the vote.

1. Voting in the election is compulsory

Unlike many other global democracies, Australia has mandatory voting for people aged 18 and over - or they risk a fine.

It ensures a high turnout: 95% of people voted in Australia's last election. The most recent US and UK elections, by contrast, drew an estimated 55% and 66% respectively.

Advocates say it depolarises the vote and reduces the influence of lobby groups, though critics dispute this.

2. Leadership 'madness' may haunt the government

In doing so, Mr Morrison became Australia's fifth leader since 2013.

"It was a peculiarly Australian form of madness," Mr Turnbull told the BBC in March, speaking about a coup culture which began with Labor in 2010.

It's likely to harm the government's standing with voters, predicts Prof Sally Young, a politics expert from the University of Melbourne.

"They're sick of the sniping and undermining," she says. "Knifing a leader - it never goes down well."

3. Climate change could sway votes - but to what extent?

Australia has just endured a year of extreme weather events, including destructive floods, bushfires, cyclones and a severe drought. The past summer was the nation's hottest on record.

It has made climate change a key election issue in some seats, experts say. 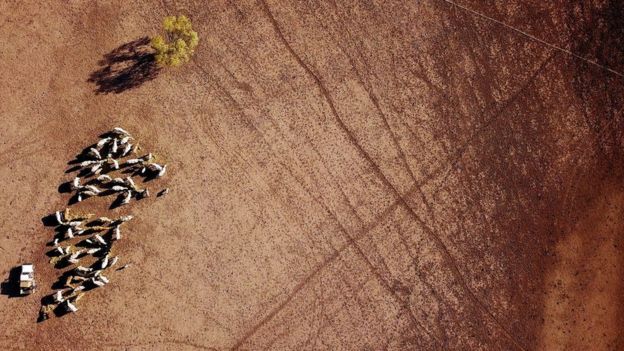 The University of Sydney's Prof Marc Stears agrees, but says it's unclear how widely it will affect voting decisions.

4. In many ways, the main battle lines are familiar

Prof Stears says the major parties are already talking up their traditional strengths. That's subjects like jobs and infrastructure for the government, and health and education for Labor.

They will compete fiercely on economic issues, with both parties promising policies aimed at reducing the cost of living, 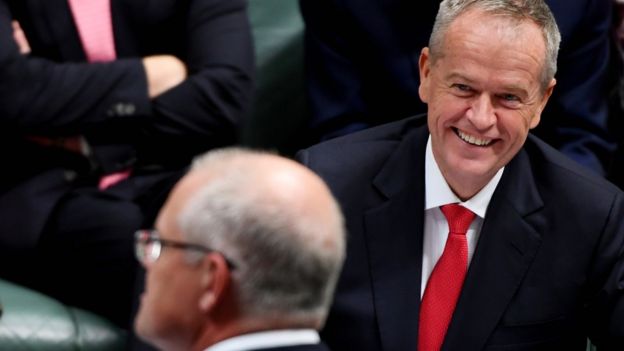 Although Australia's economy is the envy of many countries, wages growth is flat, and there is a generational split in attitudes to house prices.

5. There's much talk about a north-south divide

Mr Morrison is overseeing a minority government, meaning he can ill afford to lose support anywhere in the country.

Political observers say he faces challenges from the left and right - a debate that is often framed in geographical terms.

But in Victoria in the south, the electorate is perceived as more progressive. It delivered a resounding victory to Labor in a state election five months ago.

6. Will migration and refugee debates resurface?

It has often been used to appear strong on issues such as national security, says Prof Stears.c 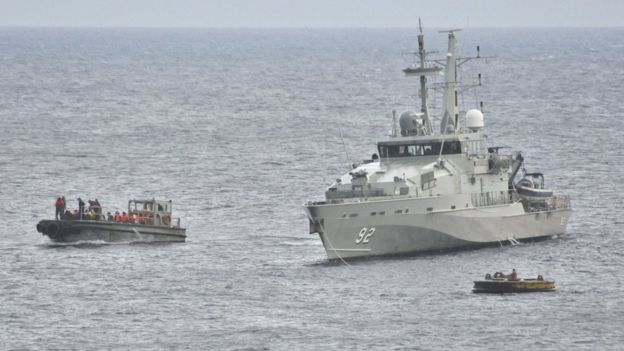 That debate resurfaced in February, however, Prof Stears believes that last month's New Zealand mosque attacks may see politicians tone down such rhetoric.

7. There are signs of support for minor parties

Prof Young says there is some public cynicism about the major parties, pointing to possible increases in support for other candidates.

8. Is there a risk of foreign interference?

In February, Mr Morrison said a "state actor" had carried out a cyber attack on the parliament and political parties.

Authorities said there was no evidence of electoral interference, but security experts have urged vigilance.

9. Citizenship checks should be water-tight

In 2017, several MPs were disqualified for unintentionally breaking a rule that lawmakers cannot be dual citizens when elected.

Fifteen parliamentarians were ousted, though six later managed to return after relinquishing their non-Australian citizenships.

10. What do the opinion polls say?

Opinion polls in recent times have consistently put Labor in front on a two-party preferred basis.