Backpacker wakes from a coma with no memory

A backpacker who was living her dreams by travelling the world with her fiance suddenly fell into a coma and lost 95 per cent of her memory, and often has to ask how she met the love of her life.

Nataya Demarchio, 29, fell in love with Australia when she travelled to Queensland with her fiance, Bruno Meira, in 2016, where she worked on farms and lived in a tent.

Since then, the couple have travelled the world and returned to Mildura, Victoria, on February 27 this year with new working visas, excited about what the year would bring.

Ms Demarchio and her fiance were working at a grape-picking farm in July when she came down with a fever, and Mr Meira watched her health quickly deteriorate. 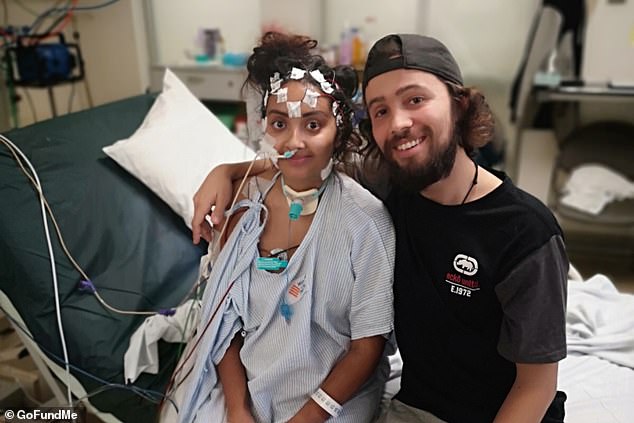 On July 24, the 29-year-old was due to get some blood tests done but was rushed to hospital after she was found on the floor having seizures.

'After three days of fever, she was found by her beautiful partner and I neurologically unresponsive,' her roommate, Victoria Campbell, wrote on Facebook.

She was then taken rushed to Melbourne's The Alfred Hospital where she went into a coma as doctors attempted to piece together what had gone wrong.

'Nataya is in a stable coma but still looks very sick but she has plenty of pretty complex exams still to do,' Mr Meira wrote on Facebook on August 2.

'Please don't ask me what she has... I can only give information little by little.' 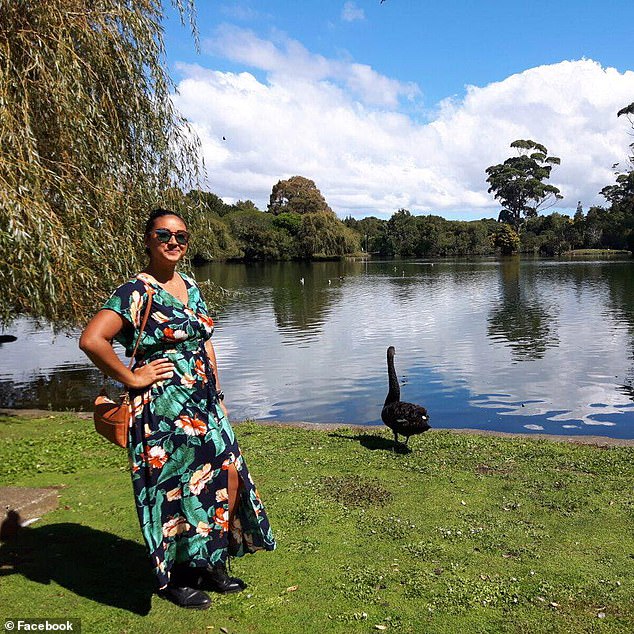 For nine weeks, doctors studied Ms Demarchio desperate to find what was wrong as her fiance slept on couches and on the floor by her side.

After four weeks in a coma and ten weeks of constant tests and a hospital bill of more than $350,000, Ms Demarchio was finally diagnosed with New Onset Refreactory Status Epilepticus (NORSE) disease.

'This is an exceptionally rare and grim disease, often death or ongoing seizures and memory loss result,' a GoFundMe page for her recovery reads.

She defied expectations after being in a four week coma, but is still seriously in the grip of this disease.'

When Ms Demarchio woke up on August 17 at 3pm, she had lost 95 per cent of her memory and was overcome with emotion when she struggled to remember who she was.

She fails to remember most of her eight years with Mr Meira and often asks him the same questions every day.

'She is upset, but sometimes it is like watching a movie when she watches the pictures and it is always something new,' Mr Meira told the Herald Sun.

'We have been together eight years and eight months now, but she asks me sometimes how we met.' 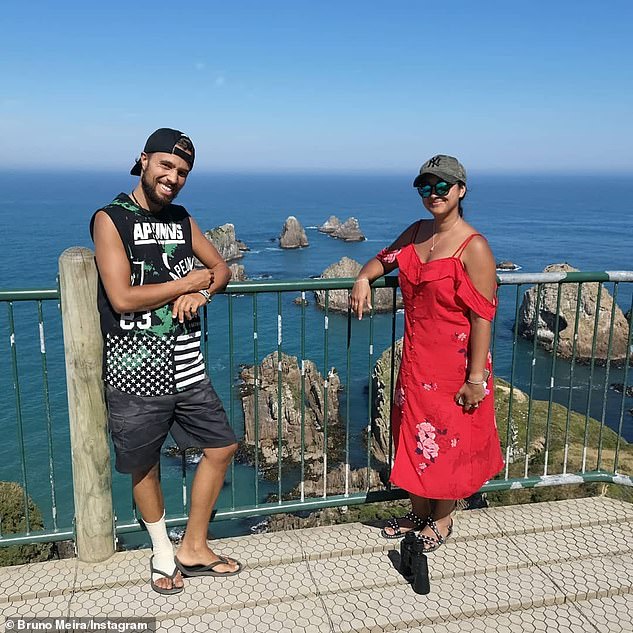 NORSE causes immune systems to attacks healthy brain cells, which leads to inflammation in the brain.

Unfortunately, the longer it takes to discover the disease, the harder it is to undo the damage that is already done.

Luckily for Ms Demarchio, Melbourne was undertaking one of the first major studies in the world to tackle the condition, which was only discovered 12 years ago with one case per year in Australia.

Ms Demarchio is suffering severe short-term memory loss, so she finds it jarring every morning as she doesn't recall waking up from the coma.

While she can recognise the names of many people in her life, she still has trouble with names and recalling experiences over the past five years.

The 29-year-old has now learnt how to eat, stand, walk and talk and was finally returned to Paris on October 6 on a medevac aircraft via Bangkok.

Mr Meira took to Facebook grateful that the worst was behind the young couple. 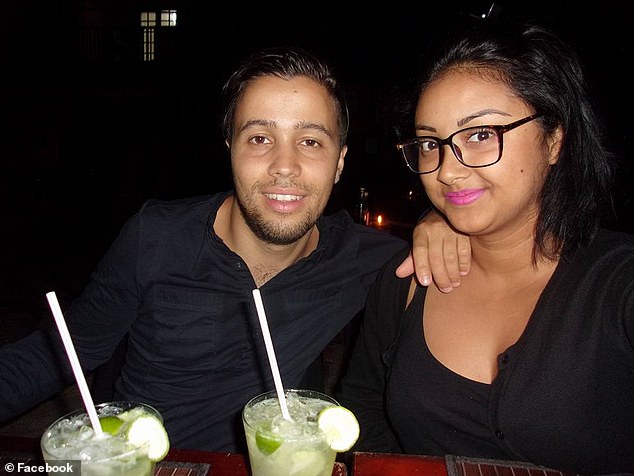 He said: 'Even if you don't remember all our secrets, adventure, how we met... no matter we can start again and we will meet again and meet friends. We will dream, we will dream, even with all our struggling we always have a way.'

While the community has generously donated $13,000 to the couple, it is still not enough to cover the medical bills as well as the $39,000 medevac flight.