Brexit: Theresa May plays down 'deal or delay' report

Theresa May has played down reports that she could force MPs to choose between backing her deal or accepting a delay to EU withdrawal.

ITV News said chief UK negotiator Olly Robbins was overheard in a Brussels bar saying the EU was likely to allow an extension to the Brexit process.

The PM suggested MPs should not rely on "what someone said to someone else as overheard by someone else, in a bar".

"It is very clear the government's position is the same," she said.

"We triggered Article 50 (the process by which the UK leaves the EU)... that had a two-year time limit, that ends on the 29 March.

"We want to leave with a deal, and that's what we are working for."

The prime minister has said she will lift the requirement for a 21-day period before any vote to approve an international treaty, which means she could delay the final Brexit vote until days before the UK is due to leave the EU.

No 10 insists Mrs May still plans to hold a vote on a deal as soon as possible but Labour has accused her of "running down the clock" in an effort to "blackmail" MPs into backing her deal.

At Prime Minister's Questions, the SNP's Westminster Leader Ian Blackford urged her to rule out holding a "meaningful vote" on the deal with less than two weeks to go until Brexit.

"The prime minister must stop playing fast and loose - businesses are begging for certainty," he said.

Mrs May said the way to give businesses certainty was to back the deal she had negotiated with the EU.

But Mr Blackford told her she had been "rumbled by your own loose-lipped senior Brexit adviser". It was a reference to the ITV report that Mr Robbins was overheard saying he expected MPs to be presented with a choice of backing either a reworked withdrawal deal, or a potentially significant delay to Brexit.

MPs rejected the deal negotiated with the EU by a historic margin in January and the prime minister says she is seeking legally-binding changes to the controversial "backstop" - the "insurance policy" aimed at avoiding a return to border checks between Northern Ireland and the Irish Republic. 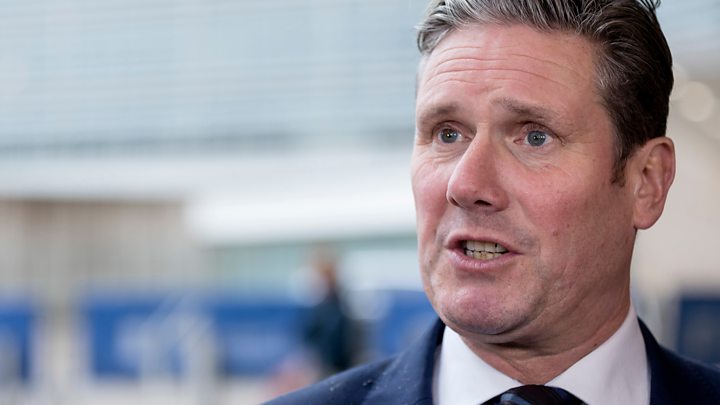 Sir Keir Starmer says MPs would force the PM to delay Brexit, rather than accept a no-deal scenario

The UK is currently due to leave the EU on 29 March, whether or not a deal has been approved by the Commons.

On Wednesday, Labour leader Jeremy Corbyn pointed to the decision to scrap a no-deal Brexit contract with a ferry company that had no ships as a "spectacular failure" which was "a symptom of the utter shambles of this government and its no-deal preparations". He described the prime minister's Brexit strategy as "costly, shambolic and deliberately evasive".

Mrs May accused Mr Corbyn of preferring "ambiguity and playing politics to acting in the national interest" saying MPs did not know if he backed another referendum, a deal or Brexit.

"People used to say he was a conviction politician - not any more," she said.

The PM has promised to return to the Commons on 26 February with a further statement - triggering another debate and votes the following day - if a deal has not been secured by that date.

If a deal is agreed, MPs will have a second "meaningful vote", more than a month after Mrs May's deal was rejected in the first one.

No 10 has indicated it is willing to make concessions on protection for workers but Labour's push for a closer future customs relationship than Mrs May proposes, remains a sticking point.

Mrs May told MPs on Tuesday she was discussing a number of options with the EU to secure legally-binding changes to the backstop, including replacing it with "alternative arrangements", putting a time limit on how long it can stay in place, or a unilateral exit clause so the UK can leave it at a time of its choosing.

MPs are due to vote again on the Brexit process on Thursday in what was expected to be a routine procedure acknowledging the government's efforts.

However, BBC political editor Laura Kuenssberg tweeted that Mrs May could be faced with another defeat, with influential Brexiteers from the European Research Group of Tory backbenchers indicating that they will refuse to back the government.

They are angry at being asked to support the PM's motion, which combines the view backed by a majority of MPs last month that the government should seek an alternative to the backstop with a separate move to stop Brexit happening without a formal deal.

The group's deputy chairman, Mark Francois, told the BBC members had "pleaded" with Downing Street to change the wording, which he said goes back on what she has previously told MPs.

"We cannot vote for this as it is currently configured because it rules out no deal and removes our negotiating leverage in Brussels."

Most MPs want to avoid a no-deal scenario, fearing chaos at ports and disruption to business. However, some Brexiteers have played down that prospect arguing it is an example of "Project Fear".

Former attorney general Dominic Grieve warned on Tuesday that time was running short for the ratification of a deal under the Constitutional Reform and Governance Act.

The Act requires 21 sitting days before the ratification of any international treaty, to allow MPs to study the agreement.

But Mrs May responded: "In this instance MPs will already have debated and approved the agreement as part of the meaningful vote."

If there was not time for normal procedures, the government would amend the law around Brexit to allow it to be ratified more quickly.

Labour has tabled an amendment for Thursday that would force the government to come back to Parliament by the end of the month to hold a substantive vote in the Commons on its plan for Brexit.

As we talked about late on Monday, there has been a sense building in Westminster that the prime minister is, maybe by accident, maybe increasingly by design, looking to almost the last possible minute for the definitive Brexit vote.

While ministers speak publicly of "talks" that must be given time to be completed with the EU, and officials continue to chew over the possibility of the "Malthouse compromise" (remember that? It already seems like months ago that it emerged, blinking, into the Brexit saga) more and more MPs believe it is displacement activity - ministers keeping outwardly busy while they run down the clock.

Early on Tuesday morning, Commons leader Andrea Leadsom did not exactly quash that notion in an interview with the Today programme.

She appeared to open up the possibility that MPs might in the end be asked to vote at a moment of peak jeopardy, and that ministers might be willing to let the matter run that long.

Then, on Tuesday afternoon, the prime minister herself hinted that the government was prepared to do that. 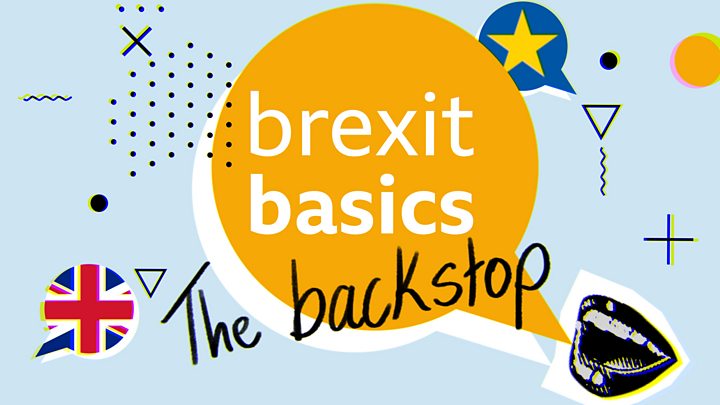