Cameron Kasky: How being a student gun control activist took its toll

After surviving the Parkland school massacre in Florida in February 2018 Cameron Kasky helped lead a youth campaign for gun control. But the strain of his experiences - in the school, and in the media spotlight - left him anxious and depressed. A year later, writes the BBC's Tom Gillett, his focus is on dialogue with his former opponents.

The geography teacher Scott Biegel, whom Kasky had known well, died protecting his students from gunfire.

When the shooting broke out, Kasky had been rushing to pick up his younger brother from a special needs class. Hustled into the nearest classroom, the brothers spent the remainder of the attack hiding in the dark, not knowing if the door would be opened by the shooter or a rescuer.

There he stayed in touch with events outside via his mobile phone.

"I saw videos, when we were in the room, of people being killed. They were going round Snapchat," he says.

"It was very familiar to me. I grew up with these. I was born in 2000 - that was not long at all after Columbine," he says, referring to the Columbine school massacre the previous year, where 12 schoolchildren and a teacher were murdered by two teenage gunmen, who then killed themselves. 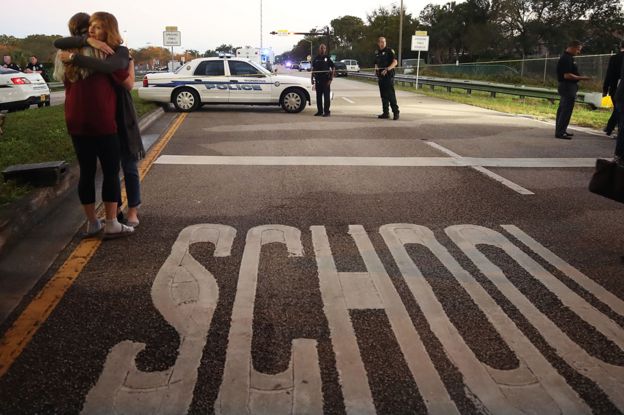 As Kasky was to tweet after the attack: "I am part of the Mass Shooting Generation, and it's an ugly club to be in."

It was the reaction of the teenage Parkland pupils immediately after the events of that day that made the response to this attack unique.

An outraged determination set in among Kasky and a small group of his friends.

"That day I said, 'We need to flip this narrative.' After all these shootings, you see such similar things. You see crying mothers talking about their children. You see people talking about how the shooter was just a nice boy - misunderstood. With only a few exceptions, so much of these shootings had the same exact response. A couple of lawmakers would get kids from the shooting to stand next to them, they'd sign some bill that did nothing and we'd be done. I said, 'We can't have Parkland be that city.'

"I wanted it to be that 20 years after the shooting when people thought of Parkland they didn't think of people crying, they thought of people in the worst possible situation standing up and standing for something that was bigger than them." 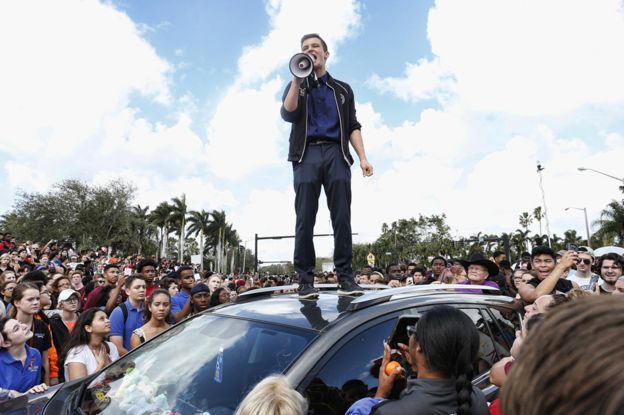 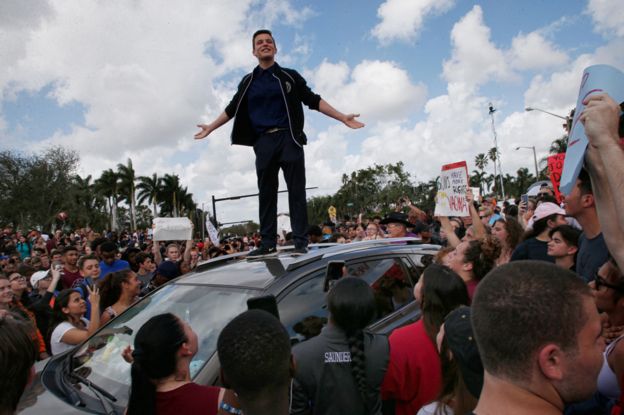 Starting the night of the attack, Kasky and a handful of his classmates took to social media, demanding stricter gun control laws and the right to be able to go to school without the fear of being killed. As they typed and posted, the hashtag #NeverAgain went viral.

"I found myself frantically Facebook posting. It was what I knew how to do," he says. "The next morning I was getting all these calls from reporters."

The same thing happened to his friends. 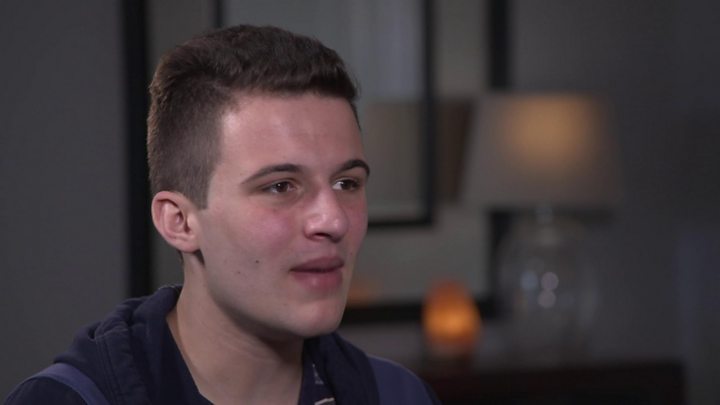 As well as doing broadcast interviews, Kasky wrote online comment pieces and - a week after the attack - he took part in a televised town-hall event.

Standing in front of a large crowd of his peers and neighbours, he confronted Republican Florida Senator Marco Rubio over the money he had received from the National Rifle Association. "Senator Rubio can you tell me right now that you would not accept a single NRA donation in the future?" he demanded.

The room exploded into chants and cheers. Kasky looked stunned and overwhelmed. He had just put one of the nation's most prominent politicians on the spot, live on national television.

As momentum gathered behind the young campaigners, Kasky co-founded the group March For Our Lives and set about organising a demonstration in the nation's capital.

Six weeks after the attack, on 24 March 2018, hundreds of thousands of people gathered in Washington DC for the March For Our Lives protest. The Parkland students demanded a ban on assault weapons and high-capacity magazines, and stricter background checks for those wishing to buy gu 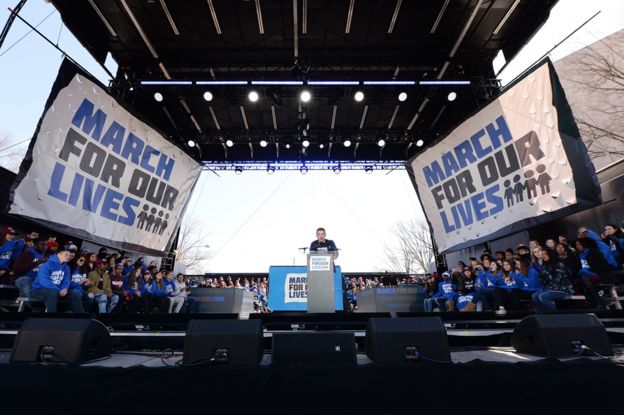 The organisers estimated that 800,000 people attended the rally that day. Kasky's Twitter following rose to more than 400,000.

But while the students succeeded in attracting popular support and media attention, the concrete legislative steps that they demanded have not materialised.

In the month after the attack, Florida governor Rick Scott signed a bill that placed stricter age restrictions on gun purchases and provided funding for mental health services in the state.

On a federal level, the so called "bump stock" which enables a rifle to be fired more rapidly has been banned. But their other demands have been resisted.

As the first anniversary of the Parkland massacre approaches, Cameron is, despite this, sanguine about the movement's achievements.

"Whilst we haven't got all the legislative victories we want with gun control… at the end of the day, there is a victory in the sense that Parkland is not the city that you think of and you instantly think of people mourning and people running away from a problem," he says.

"I think when people hear of Parkland they think of something larger and stronger than the shooter."

But he is also critical of himself, and the decisions he made in the immediate aftermath of the attack. 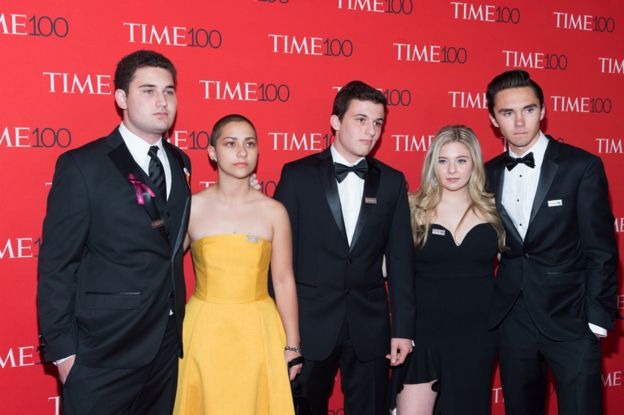 Activists Alex Wind, Emma Gonzalez, Cameron Kasky, Jaclyn Corin, David Hogg were pictured on the cover of Time magazine after the attack on their school

Sitting in the living room of his suburban home near Miami, Cameron says he now feels that he was too confrontational.

"I think it showed that sometimes how we feel about things can get in the way of our objective thinking," he says.

There is one statement he particularly regrets, a remark to Marco Rubio in the town hall debate:

"Senator Rubio, it's hard to look at you and not look down the barrel on an AR-15 and not look at…" and here he named the shooter - something that the young campaigners quickly decided they would not do, to deny him the fame, or infamy, he may have sought. 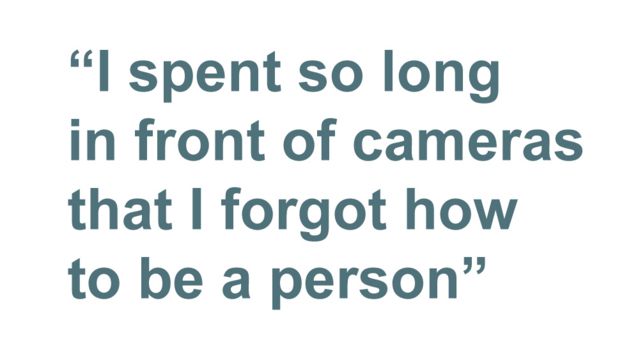 "I regretted saying the name of the shooter to Senator Rubio and telling him I can't look at him without seeing the shooter. That's not true," he says.

"In many ways my confrontation with Senator Rubio was very positive, in a sense that it reminded a lot of people my age that politicians are just like anybody else - they are not these deities that you need to look up to as if they are our supreme leaders.

"But going about it… I did it in such a vitriolic way that I don't find it to have been very meaningful and productive."

The activism that he and others threw themselves into in the days after the shooting was a way of dealing with the pain, he says, and the sense of helplessness. But the intense media spotlight also exacted a psychological toll. 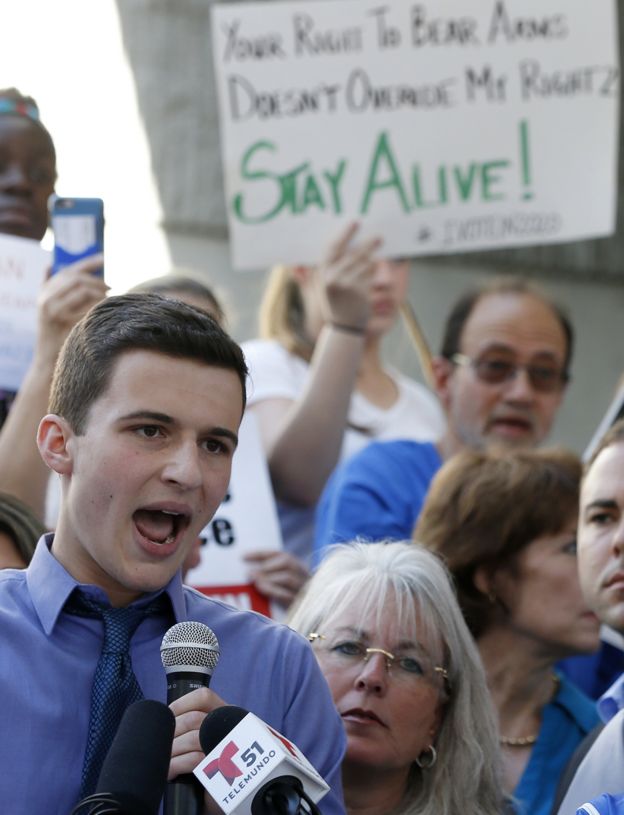 "After the shooting, I found myself on television almost 24/7 for a month or two and I found myself sky-rocketed to this position where so many people were looking at what I had to say and were listening to me," he says.

When all this was happening, Kasky was only 17, and he found it hard to deal with. 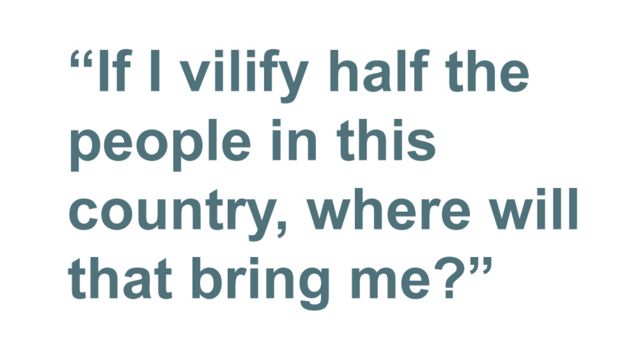 "I spent so long in front of cameras that I forgot how to be a person," he says.

"I spent so long feeling like I was an avatar. Feeling like my body was saying things and doing things - my mind was just cut off."

And eventually, he says, everything caught up with him - and it was compounded, he says, by the mistakes he felt he made along the way. He struggles with depression and anxiety, he says.

In the summer of 2018, Kasky embarked on a road trip to Texas where, in a change of direction, he actively sought the opinions of those who disagreed with him on gun control. 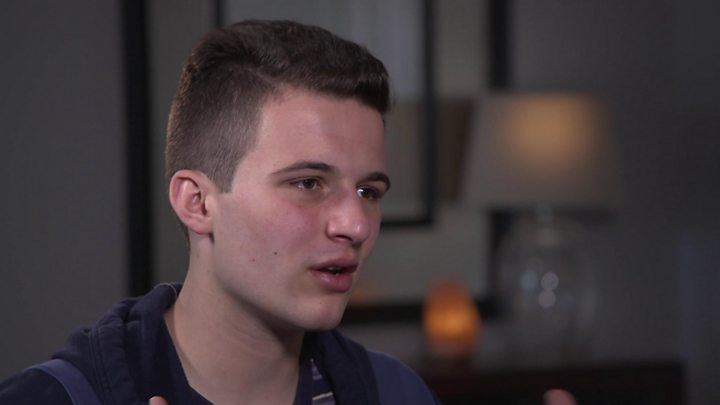 "There is so much more we can do if we all look at each other and say, 'Where can we agree?'"

"I think the more you think about how right you are and how wrong everybody else is, the less you'll learn. A lot of people in this country get stuck in bubbles - especially because of social media.

"I'm very pro gun control… and when I'm with other people who are pro gun control I start to think, 'If you don't think this you must be a really bad person.' And then I met these people and I said, 'These people are not bad people.'

"If I vilify half the people in this country where is that going to bring me? I think there is so much that we can do if we all look at each other and say, 'Where can we agree?' Because that's normally where the most progress is made." 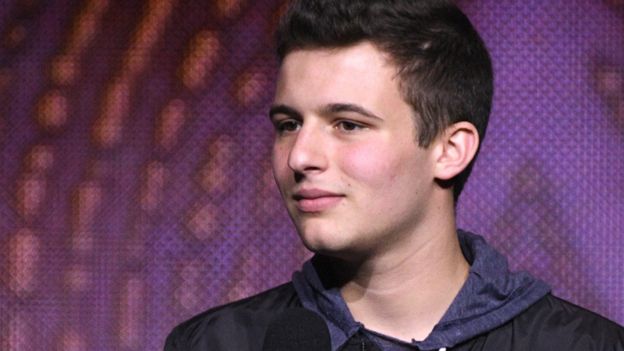 Subsequently, last September, Kasky announced he was leaving the March For Our Lives group to focus on bipartisan dialogue.

He is currently applying for college and plans to revive a podcast series, Cameron Kasky Knows Nothing - "my journey towards understanding folks who disagree with me" as he put it in the trailer.

But what does he hope the legacy of the movement he co-founded will be?

"I think the thing that March For Our Lives did for this country was, we told a whole generation of kids, 'We need to start working together, we need to start thinking. And just because we are little, does not mean we are inadequate when it comes to being part of the conversation.'" 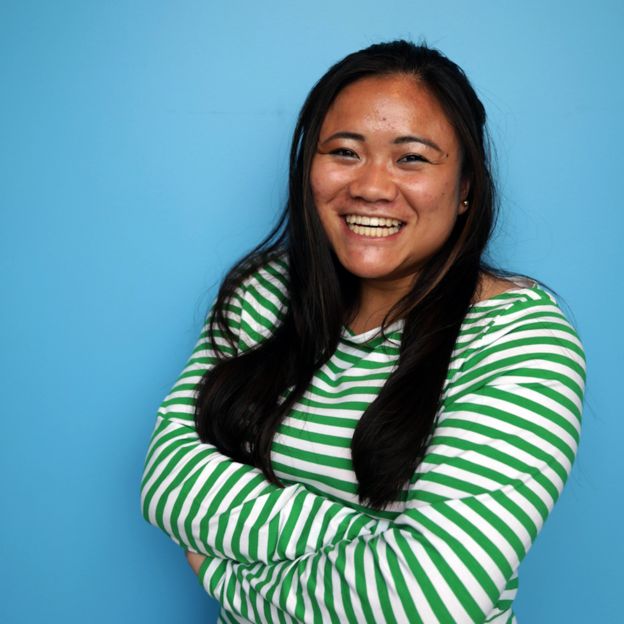 A photo of a student partying in blackface caused days of tension on the campus of Cal Poly in San Luis Obispo, California. Protests erupted, the university authorities walked a tightrope defending free speech, and racist graffiti sprang up. Student journalist Megan Schellong was in the thick of it and tells the story.