Cate Faehrmann: Why a lawmaker admitted to taking MDMA

Australian Cate Faehrmann may be the world's first politician to admit to having used the illicit drug MDMA. The reaction in Australia, and globally, has surprised her, she tells Gary Nunn in Sydney.

Ms Faehrmann's admission, made in January, has come amid a fierce debate about introducing "pill testing" services in New South Wales (NSW).

Five music festival-goers have died from suspected drug overdoses in NSW since September. It has prompted passionate calls for action - but state lawmakers are divided on what should be done.

Ms Faehrmann, 48, from the Greens party, argues that her opponents have a "limited understanding of the people they're needing to connect with". She says she has taken MDMA (known as ecstasy when in pill form) "occasionally" since her 20s.

"I'm sitting here as a politician with more experience than anyone else in the building," she says, adding: "Maybe not - maybe I'm the only one being honest."

NSW Premier Gladys Berejiklian is opposed to pill testing. She has said that "no evidence [has been] provided to the government" that it saves lives, and that testing would give drug users "a false sense of security".

It would also fail to prevent "the lethal combination" of taking drugs and alcohol, or "the fact that what's ok for one person's body isn't ok for another person's body", according to the premier.

Ms Berejiklian favours a tougher policy approach. Notably, she has vowed to shut down a festival where two people died in September.

In January, Ms Faehrmann wrote that it was a "difficult decision" to "come out" about her past drug use. Certainly, her admission generated publicity and discussion.

Australia's opposition leader, Bill Shorten, was among those immediately drawn in. He was asked about drug use at a press conference and responded that he "might have done something in his university days".

A domino effect followed. In the Australian Capital Territory, a string of lawmakers admitted to using illegal drugs: Chief Minister Andrew Barr said he once ate a hash brownie; Police Minister Mick Gentleman said he had used cannabis in his youth; and MP Shane Rattenbury said he'd tried ecstasy once. 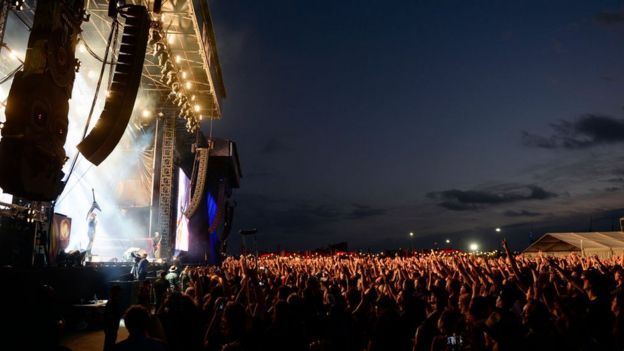 The police minister's admission surprised Ms Faehrmann most: "I thought: wow. We've possibly now moved the debate on to a point where previous use is no longer an issue."

Outside Australia, the Philadelphia Inquirer picked up Ms Faehrmann's story, with columnist Abraham Gutman writing that it had taken "a lot of courage".

In her home state, however, NSW Health Minister Brad Hazzard told the Australian Associated Press that her admission was "reckless" and a "really bad message for young people".

Ms Faehrmann says she received a mostly positive response, notwithstanding one conservative columnist who wrote that she "deserves the boot": "It could've been the end of my political career but... the mainstream media was surprisingly positive."

Ms Faehrmann argues that the debate about pill testing must be "put in proportion" to deaths from legal drugs like alcohol and tobacco.

She references a UK study, published in The Lancet in 2010, which found that ecstasy had a fraction of the harm of alcohol. Analysis on the UK's NHS website suggests the study is useful, but a limitation is that alcohol tops the list of overall harms largely because it is legal and widely consumed.

Last week, Australia's National Drug and Alcohol Research Centre reported that almost one in five deadly strokes among people aged 15-44 were linked to methamphetamines, MDMA or other psychostimulants.

Pill testing is being used in some countries, and advocates argue it saves lives. An Austrian study found about half of those who had their pills tested said it would affect their consumption choices. 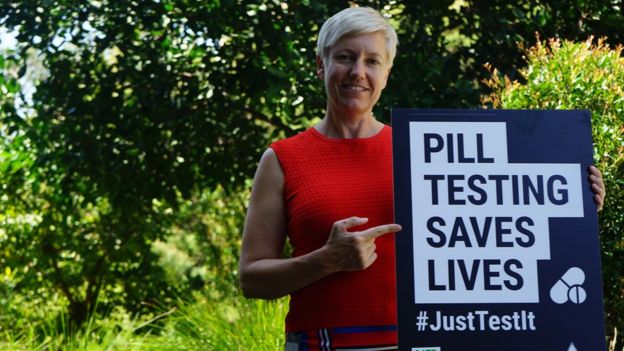 It was trialled at a festival in the Australian Capital Territory last year: two samples were found to be potentially deadly, and those festival-goers chose to dispose of their drugs.

But others, such as Tony Wood, remain strongly opposed. Mr Wood is the father of Anna Wood, who died in 1995 - becoming Australia's first high-profile ecstasy-related death.

"It was confirmed that the tablet Anna took that night was pure, not contaminated," he told the Australian Broadcasting Corporation recently.

"Drugs are idiosyncratic, so how will pill testing save lives? It won't."

Other parents have thanked Ms Faehrmann for opening up constructive conversations with their children.

As for her admission being a world first, British author Johann Hari, who has researched this area extensively, believes it is: "Other politicians have admitted using cocaine and cannabis; I've never seen an MDMA admission. That's partly generational: it's only now that a generation of politicians who have used MDMA is coming up (excuse the pun). But I think this is a first."

Ms Faehrmann says she "very deliberately" didn't confine her admission to her university days, unlike most other politicians who make drug use confessions.

Her view is that voters are attracted to honesty: "They don't want spin [or] people who've lived as advisers their whole life, in a cushioned bubble and not the real world."