While one Virginia cheerleader cheers for her high school football team, her own biggest cheerleader — her dad — performs along with her squad's moves from the stands.

This week, millions of Facebook users have been charmed by a viral video of Hekili Holland from York, Virginia going wild in the bleachers at a football game.

While his daughter Mackenzi's cheerleader squad dances to the fight song at field level, Hekili can be seen dancing right along with them in the stands, enthusiastically jumping and raising his arms to mimic their routine.

The video was captured by another dad at the game named Scott Willard, who filmed the entertaining display and shared it on Facebook — where it's been viewed four million times and counting. 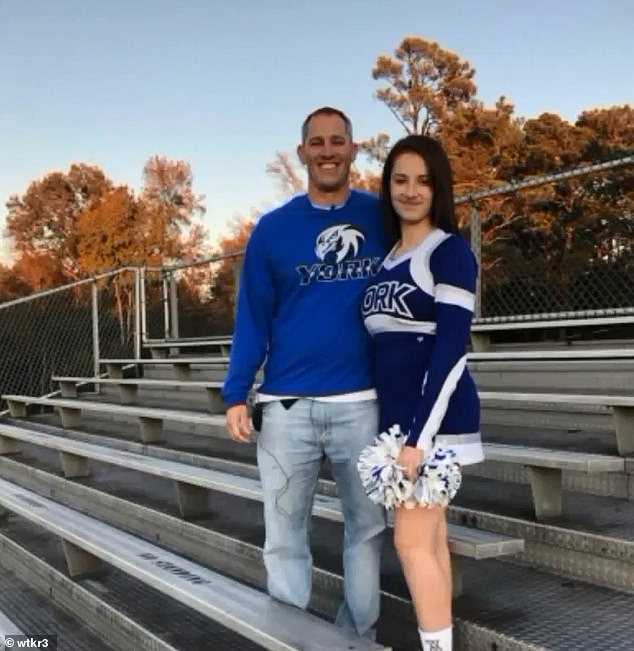 'In the fourth quarter I leaned over and jokingly said to my wife if York scores again I’m making this guy viral,' Scott told Good Morning America.

Viewers have applauded Hekili for supporting his daughter in such a fun way, dubbing him 'cheer dad.'

Hekili had actually been performing the routine in the stands for about three weeks when this moment was caught on camera.

'The band plays and the girls perform it after every touchdown or score. I was trying to learn it by watching the cheerleaders. But Mackenzi finally taught me one day,' he said.

'I said one day, "Teach me the dance or I’m not leaving your room,"' he told local news station WKTR. 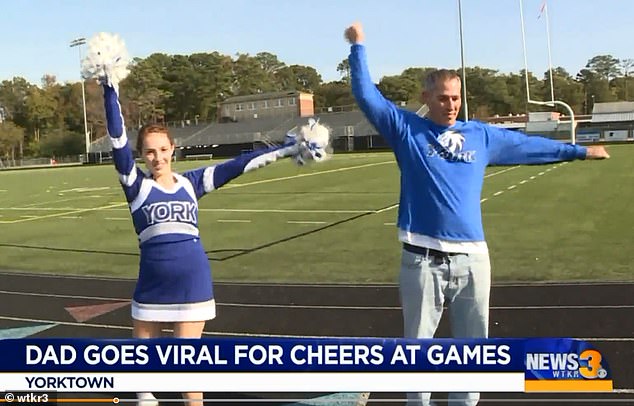 'I’ve always loved the atmosphere of high school and college football. The band, the excitement, everything. It just another way to have fun and show support,' he added.

'I always wanted to go to them even before I had kids,' he added in an interview with Today. 'But you can't go to a high school football game as 23-24 year old guy and not be the creeper, so now that we have Mackenzi there, we have a reason to go support her and have fun.'

'I'm a fun-loving guy — if you talk to my wife or any friend of mine, they'll tell you — I'm a little extra at times,' he said.

He and his wife Lindsey have three daughters, with the youngest age five and the oldest, Mackenzi, a 15-year-old sophomore.

While some teens might squirm at the thought of their dad earning so much attention, though, Mackenzi says her dad's 'extra' behavior is fun.

'A lot of people think I would have been embarrassed but I'm really not,' she said. 'I'm just proud that my dad's here and that he's doing everything with me.' 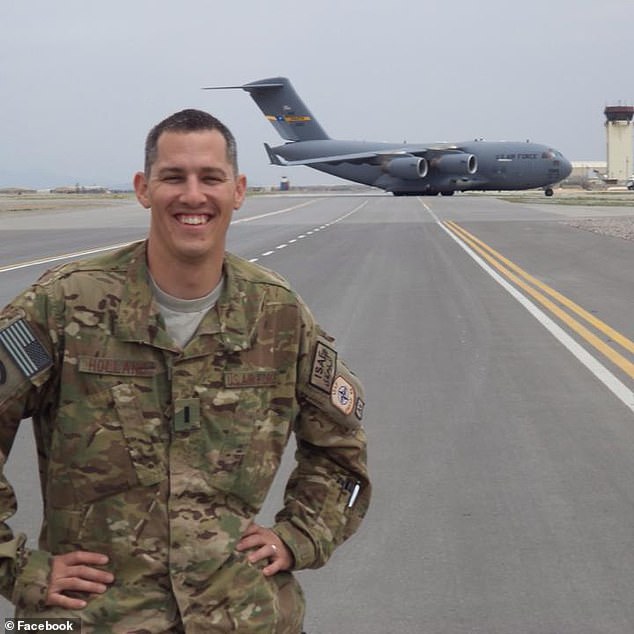 The other fans are loving it too, and have begun clearing room for him in the stands and making signs for him.

Hekili, an Air Force Captain, has been deployed several times and has had to miss out on some things with his daughters in the past, so being there to support them is important.

'It’s a joy,' he said. 'I missed a couple seasons, a couple championships, so it’s good to be home where I can be here to watch her do her thing and watch her sister play softball.'