Paxex Forum / Entertainment / Events / Cheerleader in tears when military dad is absent, then teen jumps fence and saves the day

Cheerleader in tears when military dad is absent, then teen jumps fence and saves the day

A military deployment can be difficult, especially if you are a parent with young kids. While being away from your family, you will miss important milestones in your child’s life.

Addie Rodriguez’s father couldn’t attend her special cheerleading performance on “Parents’ Day” back in 2016, in which all the dads were supposed to hoist their girls up on their shoulders, as he was serving in the military, 1,700 miles away.

While Addie, then 9, was performing with her team of cheerleaders during a football game at Central Catholic High School in San Antonio, Texas, she was left out of routine at one point. When all the cheerleaders on her squad were joined by their fathers, who hoisted them onto their shoulders, Addie had no one by her side.

Addie, a fourth-grader at St. John Bosco Elementary School, was left alone and lonesome at that moment, because her father, senior airman Abel Rodriguez, who served in Iraq and Afghanistan, was training on the other side of the country at Travis Air Force Base in California. How sad it was!

Feeling left out standing solo next to all the father-and-daughter duos, Addie’s tears began to flow. It seemed that nothing could save the girl from her sadness, who was apparently missing her dad.

“It was really heartbreaking to see your daughter standing out there being the only one without their father, knowing why he’s away,” Addie’s mom, Alexis Perry-Rodriguez, told News 4 San Antonio. “It’s not just an absentee parent. He’s serving our country.” 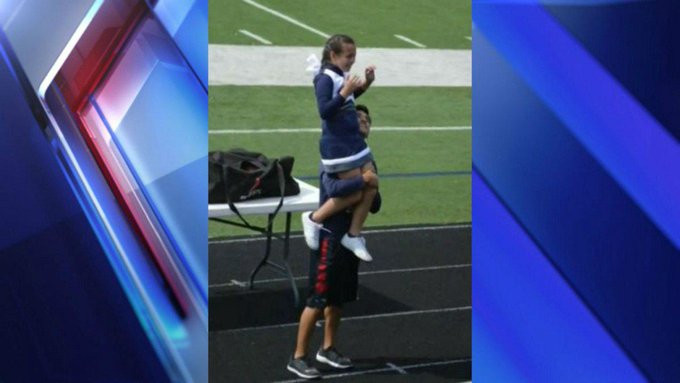 Fortunately, a high school senior, Matthew Garcia, saved the day. Matthew was watching his younger brother play in the game when he saw Addie crying. Doing what he felt was right, he leapt into action.

“I ran down from the bleachers right here and I just hopped the fence, and I went over, and I knelt down, I talked to her and I said, ‘Are you OK?’” Matthew said.

In the next moment, Matthew lifted Addie up so she would not be the odd girl out, and she was over the moon! “I turned and saw the crowd clapping,” he recalled.

Alexis, who attended the event to support her daughter, saw what the young man did for her daughter, and her heart just melted. “It was just the most beautiful thing,” she said. Matthew’s action moved the mom to tears to the point where she was unable to even speak.

Needless to day, Addie was grateful for Matthew’s act of kindness. “I just felt like somebody saved my life,” she said. “I thought that’s so nice, especially since my dad’s serving for us.”

Speaking of his action, Matthew, whose parents divorced when he was a child, explained he helped Addie out of empathy.

“I understood what it was like to not have a dad there, so when I saw her crying like that, it just struck a chord with me. It was instinct, I guess. I just couldn’t see her like that,” he told Today. 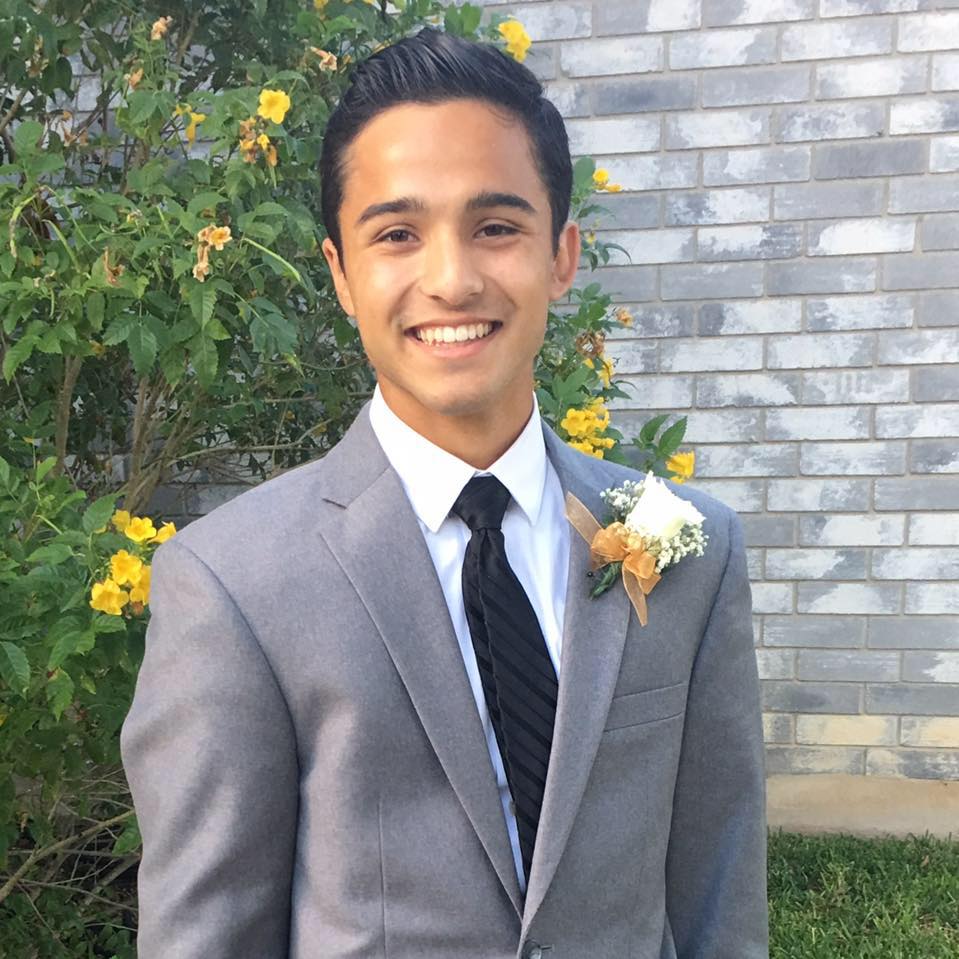 After the game, Addie came up to Matthew to say thank you. The girl gave him a hug and beamed the biggest smile on her face as the two took a photo together.

“Seeing her smile after the way she was crying, that probably made my day even more than hers, to be honest with you,” said Matthew. “When Addie thanked me after the game, it was just really moving to me.”

Kudos to Matthew for your act of kindness! And thank you all military personnel and their families for their service and sacrifice.