The chilling moment a group of armed 'hitmen’ stormed a Mexican hospital and hauled away a patient on a stretcher, who was later murdered and dismembered, has been captured in shocking surveillance footage.

Heavily armed with assault rifles, the seven masked assailants - believed to be members of the Santa Rosa de Lima Cartel - are seen ransacking rooms in the General Hospital of Salvatierra in Guanajuato, southern Mexico, on November 21.

Holding a security guard hostage and forcing him to help them find their target, the men move quickly from room to room before they’re seen hauling a patient on a stretcher from a room on the far right of the corridor.

One of the men is seen shoving the terrified security guard to the ground, before the gunmen flee the hospital.

According to local reports, the gang members stole the cellphones of hospital staff to prevent them from alerting authorities. 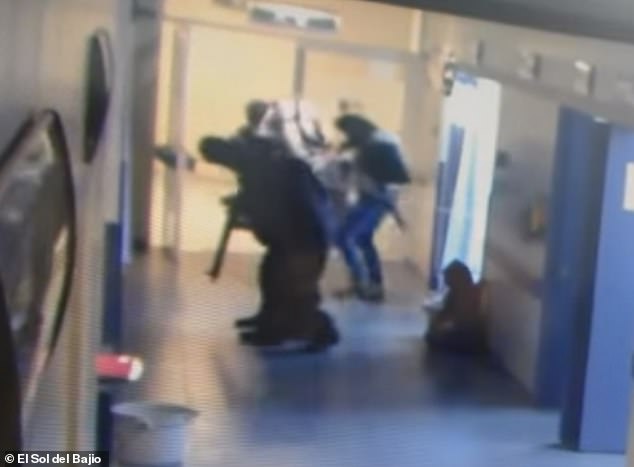 Just hours later, police were summoned to a roundabout on Torress Landa where the dismembered body of a man was found placed on white sheet, along with a message written on a cardboard square.

What the message specifically said hasn’t been released by authorities, but the man was confirmed to be the patient taken from the hospital in Salvatierra.

The patient, who has not been identified publicly, had been brutally butchered with many of his body parts found scattered along the roadside.

However, he wasn’t the cartel’s only victim, as police confirmed two other armed groups stormed hospitals and Juventino Rosas and Apaseo el Grande in identical attacks the same day.

In the latter incidents, a group of heavily-armed assailants burst through the doors of the two hospitals and opened fire, kidnapping one man and later killing him, in addition to critically injuring a second - named as Julio Cesar - who survived.

State Security Commissioner, Sophia Huett, said that no medical staff were injured in any of the incidents, as the attacks were ‘very targeted’. 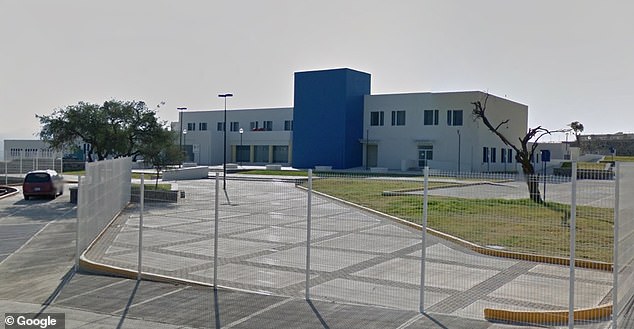 However, Huett assured that to avoid similar violent scenes unfolding in the future, the Secretariats of Public Security and Health are working together to increase security and surveillance efforts.

The area of Guanajuato has been experiencing a difficult period of conflict between local criminal gangs of late, officials said, primarily between Santa Rosa de Lima Cartel and the Jalisco Cartel.

On Wednesday 27, Mexican authorities responded to the three hospital sieges with raids on various homes said to be used by the cartel as safe houses.

To stem their efforts, gang members reportedly blocked surrounding roads with large vehicles and set them on fire.

In Guanajuato in the last few days alone, at least 37 murders have been reported across 10 different municipalities.