Harrowing footage captured the moments just before a three-year-old boy fell to his death while playing with his siblings - while his mother was nowhere to be seen.

Jaiden Cowart had been playing with his two siblings, two and four, at an escalator near baggage claim at Charlotte Douglas International Airport, North Carolina, when his clothing got caught and he was pulled to the top then dropped.

Police say his mother, Jiterria Lightner, could not be seen for the entire hour of surveillance footage.

She was arrested and charged with three counts of child neglect after the incident on September 25 just before 9pm.

Lightner claims she was sitting 15 feet away from the escalator while arranging a ride to take the family back to their North Carolina home. 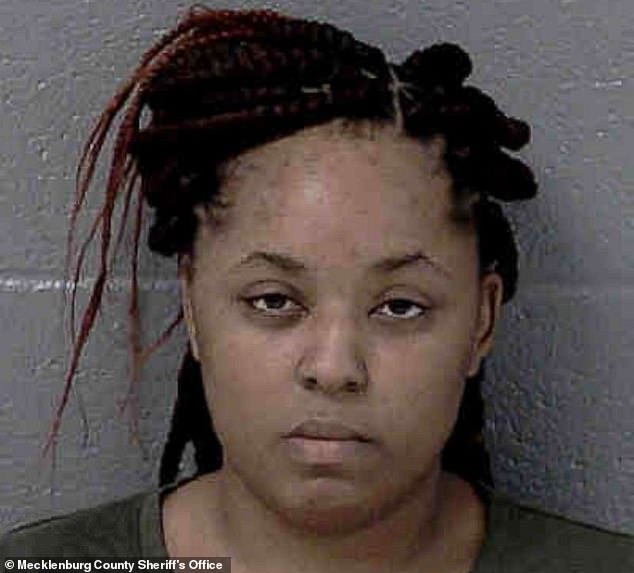 Footage shows Jaiden's sister grab on to the hand rail of the escalator. As she ascends, she picks Jaiden up and the two continue to travel upwards.

A painting contractor saw the children, rushed over to try and help and was able to catch Jaiden's sister, according to an airport report.

The contractor didn't reach Jaiden in time and he fell 20 feet to the ground.

One airport worker reportedly saw the child suffer a 'major trauma to the head' and called for a medic while passengers swarmed round and asked him to 'do something', according to ABC News.

Police said Jaiden was lying in a 'large pool of blood' and was taken to Atrium Health Hospital but died three days later.

Mr Lightner had been travelling back from Florida with her children when the accident happened. 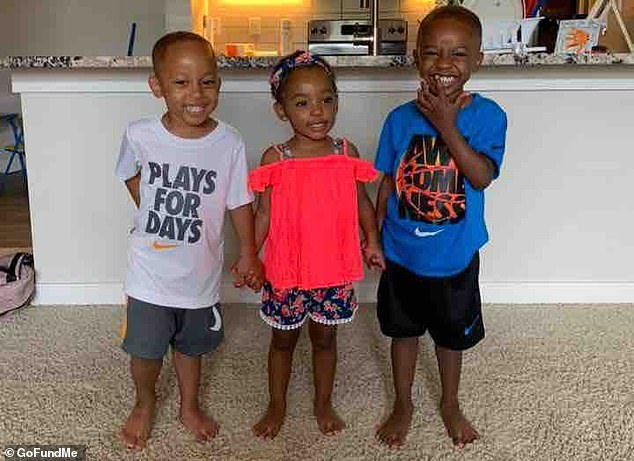 'They were between the stairs and the escalators when he was carried up on his arm up the escalator,' attorney Michael Greene said.

'It appears that he was trying to reach over to grab the stair railing and when he tried to grab the railing, that's when he took the unfortunate fall.'

'(They) went from saying this is an accident, now saying that you've committed a crime,' Greene told Channel 9 News. 'She was caring for a 4-, 3- and 2-year-old and trying to arrange a ride from the airport. I'm here saying she's not guilty of misdemeanor child abuse.

'This is one of those incidents that could've happened to any one of the members of this community, and, unfortunately, the decision came down to charge her with a crime.'

Police said Lightner 'allowed a substantial risk of physical injury by allowed the child to play, unsupervised, on an airport escalator.' 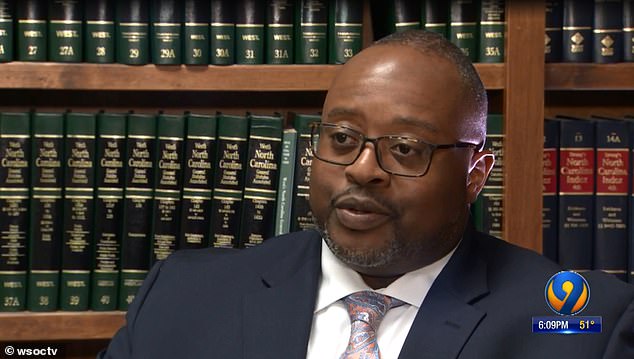 Lightner said she was  on a chair 15 feet away from the escalator and trying to book a ride home for the family.

She was arrested two weeks ago and was charged with three counts of misdemeanor child abuse, according to records from the Mecklenburg County Sheriff’s Office. She was released from jail the same evening.