Paxex Forum / General / News / Cyntoia Brown, sentenced to life for killing a man when she was a teen, is released from prison

Cyntoia Brown, sentenced to life for killing a man when she was a teen, is released from prison

In 2006, Brown was convicted of first-degree murder and aggravated robbery and sentenced to life in prison.

The life sentence meant she would not have been eligible for parole until she was in her late 60s, which Haslam previously said was “too harsh, especially in light of the extraordinary steps Ms. Brown has taken to rebuild her life.”

“Transformation should be accompanied by hope,” Haslam said.

[Cyntoia Brown, sentenced to life for murder as teen, is granted clemency]

In a statement read by her attorneys at a news conference after Haslam commuted her sentence, Brown thanked the governor for his “act of mercy in giving me a second chance.”

“I am thankful for all the support, prayers and encouragement I have received,” Brown said. “We truly serve a God of second chances and new beginnings.” Placed for adoption by a mother who abused alcohol, Brown had run away from her adoptive parents’ home in the months before the murder, according to court documents.

The conditions of Brown’s release require her, among other things, to participate in regular counseling sessions and maintain a regular commitment to community service, according to the Tennessee Department of Corrections.

Brown’s story spread widely in the fall of 2017 amid the #MeToo movement. Supporters rallied around her case with the hashtag #FreeCyntoiaBrown, calling it an example of unjust incarceration of children and victims of sex trafficking, particularly young women of color. Kardashian highlighted the case to President Trump in a meeting in May. 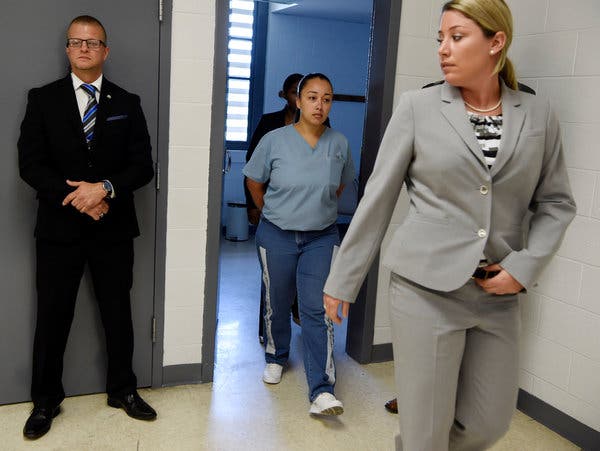 Attorneys working on behalf of Brown also petitioned the state’s parole board to commute her sentence, citing her experiences as a sex trafficking victim and adversities during her childhood. Experts had testified in court proceedings that Brown may have suffered from fetal alcohol syndrome in utero, affecting her mental state at the time of the crime.