A Massachusetts woman has died after she was mauled to death by her dog while suffering a seizure - but the family won't put the canine down.

Melissa Astacio, 44, was suffering a seizure in her Somerset home on Friday when her eight-year-old pit bull named Amigo attacked her.

Police were called to the home around 5.20pm by Melissa's daughter Heaven. 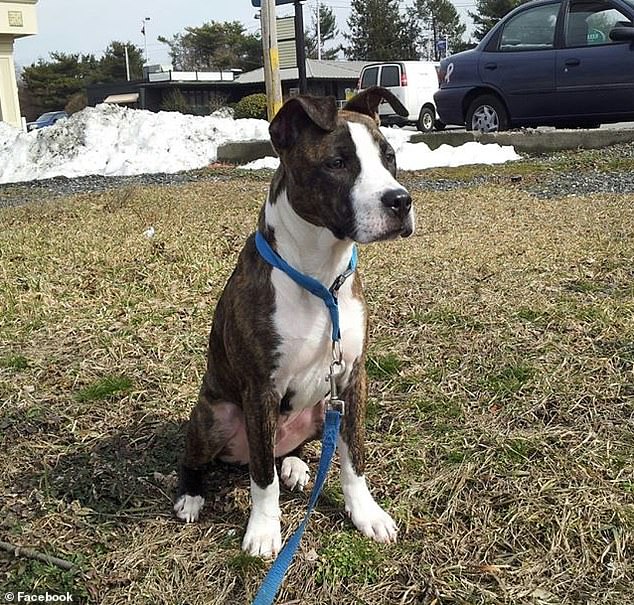 Responding officers were forced to taser the dog before paramedics could assist Astacio, who had a history of seizures.

She was rushed to the hospital and died from her injuries.

'I don't think he was trying to attack her,' Heaven said to WJAR. 'I think the dog was just trying to help my mom but he's just a dog and he didn't know any better.'

'What happened that night, it never happened like that before. I don't want to see my dog get put down for something he was only trying to help with,' she added.

She said her dog had never reacted violently in the past to her mother having a seizure.

'The dog would just lay on the side of her and like sniff her and stuff like that,' Heaven said. 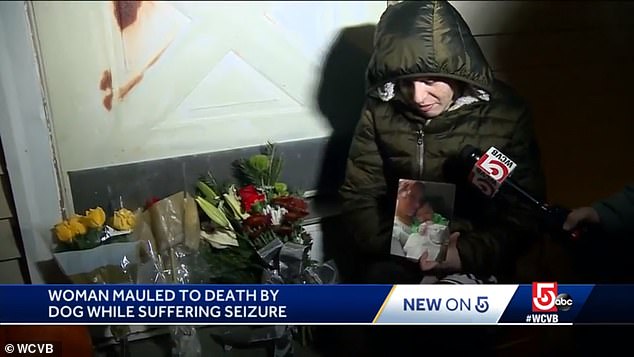 The dog Amigo was brought to Swansea Animal Rescue where he was placed in quarantine as officials investigate the incident.

The family had Amigo since he was a puppy.

While pit bulls are stereotyped as dangerous dogs, experts say the breed isn't necessarily more aggressive than other canines.

'Every dog has behavior that comes from both nature and nurture, and no breed is inherently good or inherently bad any more than any human being is,' Dr. Terri Bright, director of behavior services at MSPCA-Angell said, according to the Boston Herald. 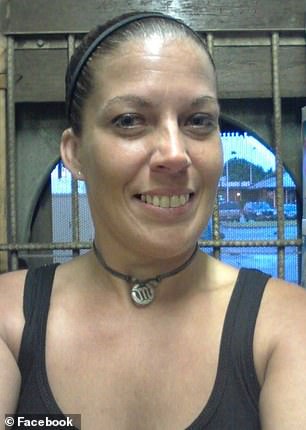 Astacio's death has shook the community as some locals left flowers on the doorstep of the mother-of-three.

'All my mom ever wanted was for me and her three kids to have a better life than she could,' Heaven said.

Police do not believe criminal conduct or foul play is suspected.