A new Dolce & Gabbana campaign has been accused of racism for featuring an Asian model attempting to eat Italian food with chopsticks.

In the clips posted to the fashion house’s Instagram, a Chinese woman dressed in the brand’s clothes giggles as she tries to use chopsticks to eat a pizza, a large cannoli, and spaghetti.

The videos are meant to promote Dolce & Gabbana’s new campaign DG Loves China, however, they have been met with criticism on social media. 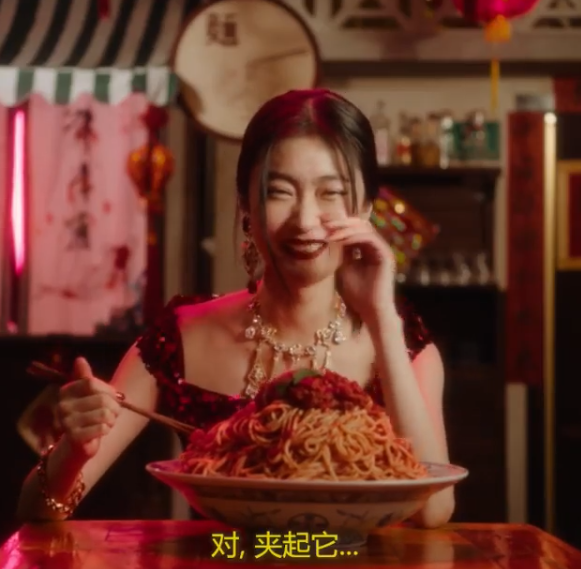 “Pandering at its finest, but taken up a notch by painting their target demographic as a tired and false stereotype of people lacking refinement/culture to understand how to eat foreign foods,” they wrote.

The account also took offence with the “over-the-top embellishment of cliche ambient music, comical pronunciations of foreign names/words and Chinese subtitles” in the videos.

In the post uploaded by Diet Prada, they’ve translated the Chinese subtitles to English ones - which reveals the narrator’s statements such as: “It’s still way too big for you, isn’t it?”

“It attempts to target China, but instead mocks them with a parodied vision of what modern China is not… a gag for amusement,” Diet Prada wrote.

After calling attention to the campaign, hundreds of people have expressed their concerns and disappointment in the brand.

Another said: “I don’t know who you think your target audiences are but as a Chinese citizen and a loyal customer for years, this video is ridiculously offensive. It's taking stereotype and ignorance to the next level. Y'all can't be serious. I'm so DONE with you.”

Others promised to boycott the brand unless they issued a public apology.

This isn’t the first time the brand has found itself embroiled in controversy.

Previously, Stefano Gabbana, one-half of the design duo, has sparked backlash over offensive comments on social media - including one instance in which he called Selena Gomez “ugly” and another where he said Italian fashion blogger Chiara Ferragni’s wedding gown was “cheap.”