Domino’s launches new CHEESEBURGER pizza across UK – would YOU try it?

DOMINO’S has rolled out a bizarre new cheeseburger pizza across the UK.

The mash-up comes with the best bits of a classic cheeseburger – cheese, beef, tomato, onions and gherkins.

The cheeseburger and pizza hybrid comes on top of the pizzamaker’s vine-ripened tomato sauce and freshly handmade dough.

Ian Straughan, official cheeseburger pizza spokesman, told Daily Star Online: “Pizza is the most popular food in the world, and the cheeseburger isn’t far behind.

“This is clearly a match made in heaven.

“The Cheeseburger pizza combines the wondrous flavours of 100% mozzarella and freshly seasoned beef with the unrivalled taste of Domino’s.

Domino’s launched its new dish across the UK and Ireland on Monday.

A medium pizza for sharing costs £16.99 and will be included in various deals including Two for Tuesday tomorrow. 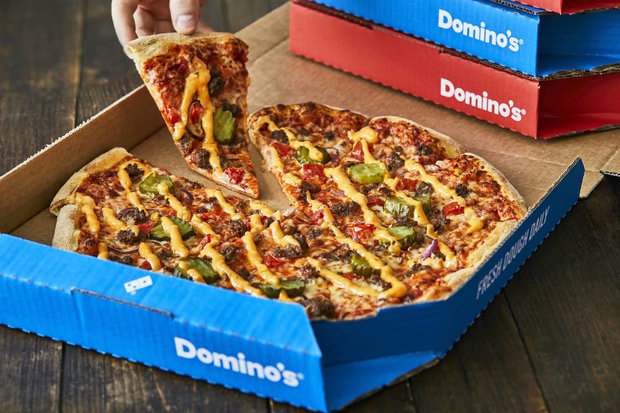 YUM: Insiders described the mash-up as a 'match made in heaven' (Pic: DOMINO'S)

Daily Star Online previously reported how the pizza giant took on an extra 3,000 staff ahead of the World Cup.

Bosses took advantage of football fever by adding “The Meatfielder” pizza to its menu.

Figures show pizza fans were ordering six pizzas a second across the UK during the tournament - with over 60million slices eaten.