Dramatic photos have revealed just how close two Australians and a British man came to disaster after their boat began to sink in the middle of the Pacific Ocean.

Cousins Chris and Kevin Doran, along with their shipmate Ben Johnson, were travelling from Vanuatu to the Gold Coast when their boat struck a tug rope waters off New Caledonia on Thursday morning.

As their yacht started taking on water, the three sailors were forced to flee into a tiny life raft before sending out a desperate mayday call. 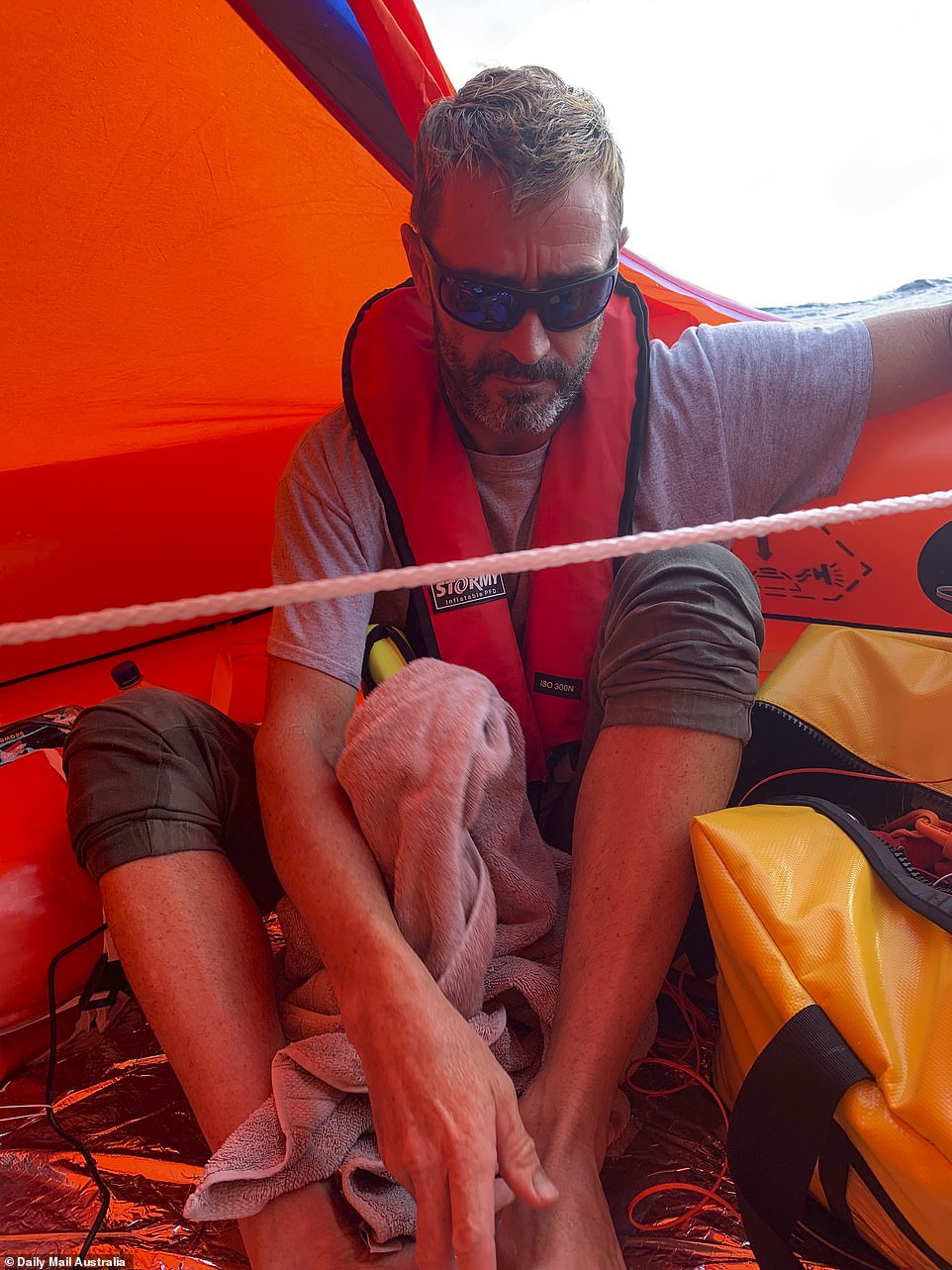 The calls were picked up by officials who notified the nearby Pacific Dawn cruise ship, plucking the sailors out from the ocean and bringing them back home to Brisbane for an emotional reunion with their families on Saturday morning.

Speaking with reporters on Saturday morning, Chris and Kevin Doran said they couldn't wait to be reunited with their families after the traumatic ordeal.

'Never been happier to get home,' Chris said.

Despite being cramped onto the life raft, the seasoned sailors were confident they would be able to keep afloat.

'There's always a risk there, but I believe the risk was fairly low as we were very confident in our safety equipment and our procedures,' Mr Doran said.

Initially we thought we might have hit a reef but that wasn't the case,' Chris Doran told AAP. 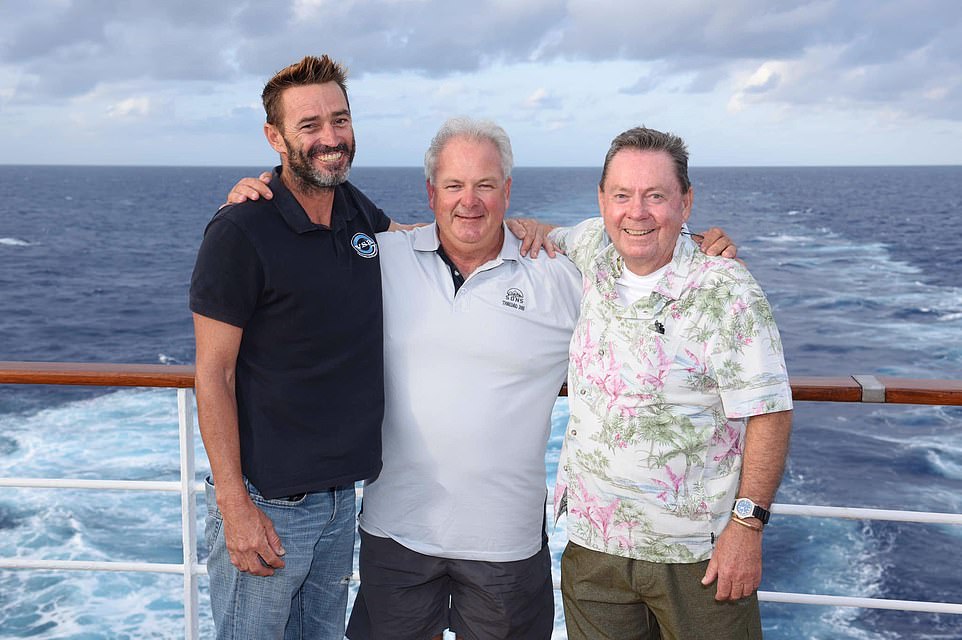 'We found quite a large ship's rope, there was about 50 metres of it and it wrapped around both propellers causing a breach in the hull, the boat started taking on water.'

Once onboard the cruise ship, the men were treated like celebrities as dozens of passengers asked for photos and were even given shoes by the ship's crew.

The heroic captain of the Pacific Dawn said it was a 'no brainer' to rush to the rescue of the striken sailors.

'It was a no-brainer, we had to go and help them, but fortunately they were on the route so we didn't have to turn back,' Captain Alan Dockeray said.

'It was good fortune that we were so close and that the operation was so well coordinated by the marine rescue authorities in Noumea,' he said.

The hotel operations team has also done a wonderful job making our unexpected guests as comfortable as possible following their ordeal. 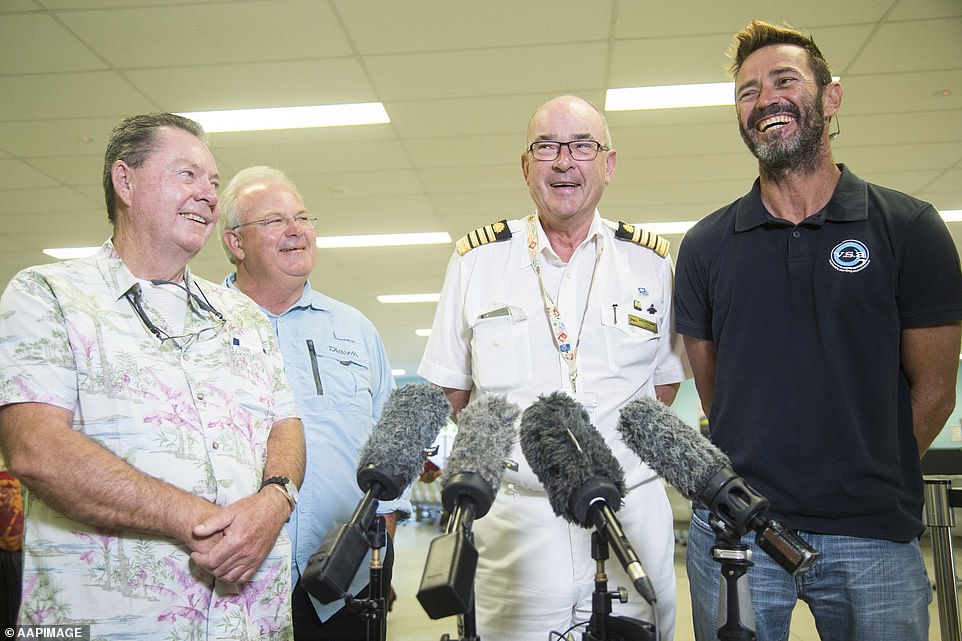 'We couldn't be happier than to be returning them to their families safe and well.'

Chris Doran had spent years travelling on the yacht, Liberty, including a recent visit to Hobart with his cousin Kevin.

At the time of the sinking, Mr Doran said he knew he had no choice but to abandon his beloved yacht, throwing food and safety equipment into the raft.

'I wasn't worried about the boat because we couldn't save it, there was no way we could've saved it,' he said, The Sydney Morning Herald reported.

'(There's) a lot of memories with the family and it was a beautiful boat,' Chris said. 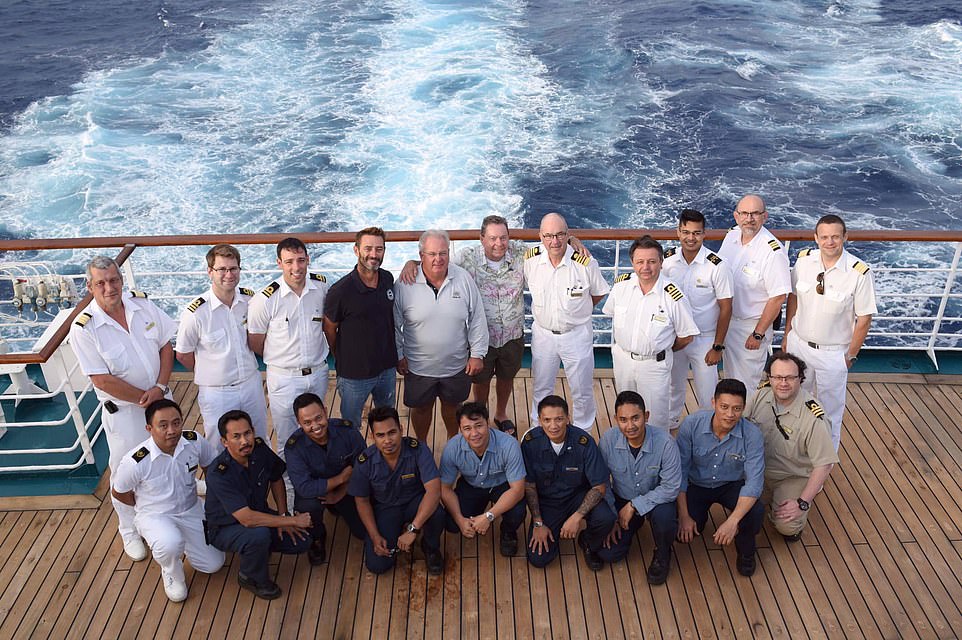 The Pacific Dawn had 2000 holidayers on board at the time of the rescue.

The sailors were found bobbing in an orange life raft around 100 metres from their submerged yacht.

Once on board, they phoned their families to tell them they were safe.