Paxex Forum / Entertainment / Celebrities / Dwayne 'The Rock' Johnson shows his softer side during daddy-daughter tea party... as he jokes about putting 'a little nip of tequila' in his cup

Dwayne 'The Rock' Johnson shows his softer side during daddy-daughter tea party... as he jokes about putting 'a little nip of tequila' in his cup

In the sweet snap, the three-and-a-half-year-old has the look of a little lady who knows how to host an arranged tea party with her dad, all while still dressed in her pajamas.

Sitting across from each other at a children's-sized pink table, the mega-star actor can be seen taking a sip from his tiny tea cup, while crouch onto a small chair..

'(daddy may have put a little nip of tequila in his tea, cos it’s always 5 o’clock somewhere),' the 47-year-old joked in the caption. 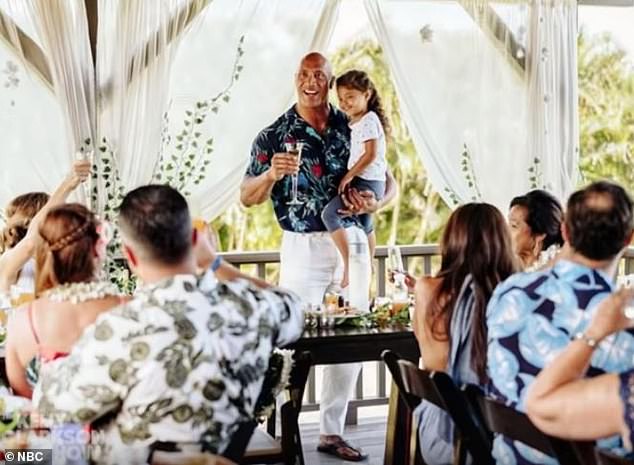 In recognition of such priceless moments like these, he added the hashtags: '#icherishthesemoments #andgodblessmychair.'

The Hobbs & Shaw star kept it casual and sporty for his one-on-one time with his daughter dressed in athletic shorts and a tank top.

His massive biceps and tattoos, that stretch from the upper portion of his arms onto his back, are on full display.

For the quaint get-together on the porch of their home, the two Johnsons both opted to go barefoot.

The adorable moment captured on camera is becoming a more common thing for a man who's known as 'The Rock.' 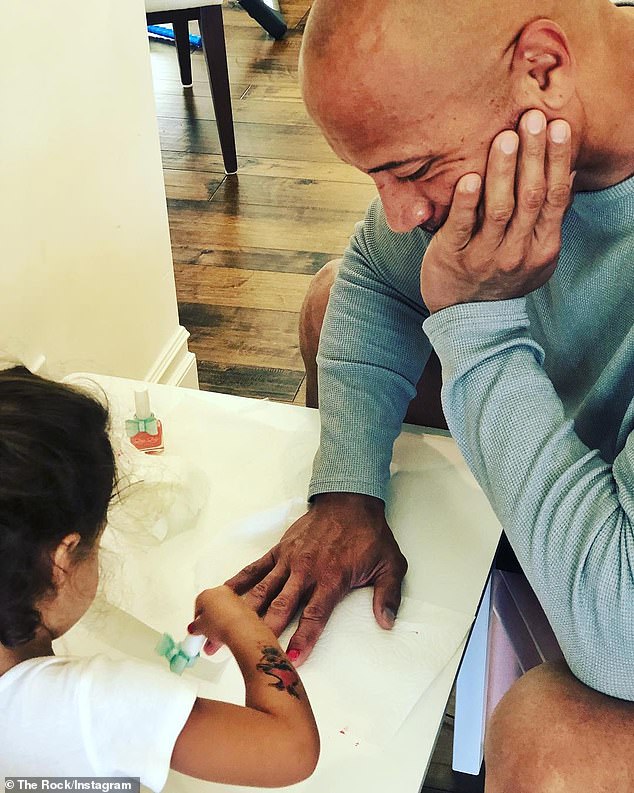 Nearly one year to-the-day of Sunday's post, Johnson shared an Instagram picture of him getting his nails painted red by Jasmine, who was two-and-a-half -years-old at the time.

And in the caption, the dotting dad referenced how she persuaded him to delay going to work and sit down for his paint-job, just by looking at him 'with her mama's gorgeous blue eyes eyes.'