A confused father-of-four who had just suffered a seizure died after he wandered into a Tube tunnel and was hit by a train before lying undiscovered for five hours.

Alfonso Sinclair, 29, was able to walk around in the tunnel undetected by staff at Warren Street station for nearly 20 minutes and avoided five trains before being struck.

A Coroner's report found that Transport for London (TfL) missed what were 'potential opportunities to prevent this death' and recommended they install alert systems and alarms on barriers.

Mr Sinclair was suffering from 'postictal confusion' - an altered state of consciousness after an epileptic fit - when he approached the station.

He entered and exited the station four times in just minutes before jumping over the barrier and rushing down two escalators unchallenged by staff, the report found. 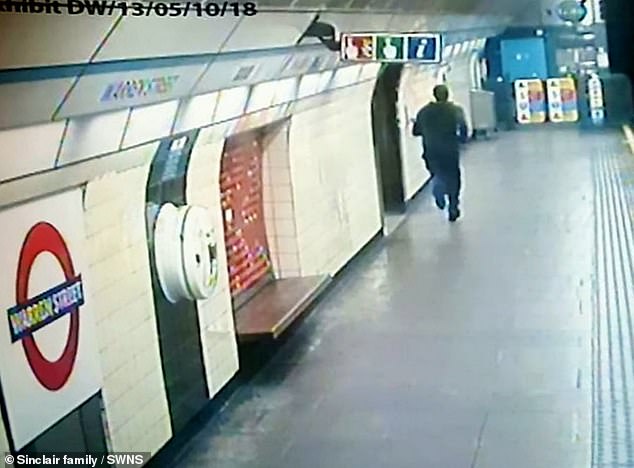 A coroner ordered the Regulation 28 Report to Prevent Future Death which said his behaviour at the gates and time in the tunnel before being struck were 'potentially lost opportunities to prevent this death'.

Mr Sinclair's devastated mother Paulette, 53, is upset that TfL hasn't sent her a condolence card, and wants 'justice for her beloved son'.

Paulette, from from Manor Park, London, said: 'I can't understand how it had taken them five hours to notice he'd been lying there, run over by trains over and over again.

'I'm appalled because my beautiful son has left behind four beautiful children, and I've had nothing back from TfL about this terrible terrible tragedy.

'TfL hasn't even sent a condolence card or anything - where's the justice in that?'

Mr Sinclair suffered with epilepsy since being hit on the head with a metal bar in 2009.

He was due to attend the funeral of his grandmother Sonia, on August 31, 2018, but disappeared some time before 5.30am, his mother said.

Paulette noticed he was missing so contacted emergency services to check if anybody matching Alfonso's description in the area had been found.

'We'd chatted late on Saturday, so neither of us had slept much,' Paulette said.

'I woke up around 5.30 in the morning to get things ready for the burial when I noticed that Alfonso, who was living with me at that time, had already gone. 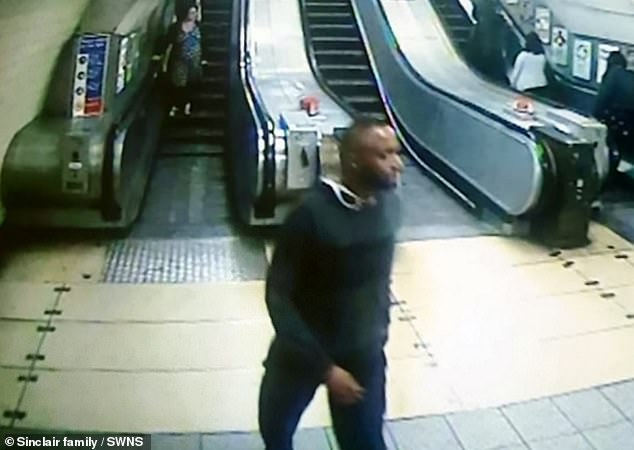 'I called police and the hospitals to give Alfonso's description and ask if he'd been found - but they said they hadn't, and told me to relax.'

Paulette heard nothing until September 2, when British Transport Police visited to ask for DNA samples, after a body was found, she said.

She said staff at Warren Street station found a Freedom Pass - a concessionary travel card - with his name on.

'They told me what they'd found in the underground, and wanted DNA samples - a bit of hair, or something from his toothbrush - but were confident it was Alfonso,' she said.

An inquest on April 23 at Westminster Coroner's Court heard that Mr Sinclair was killed by postictal confusion combined with the accidental collision.

The coroner's report said that Mr Sinclair's epilepsy was 'complicated by postictal confusion and cannabis misuse'.

'Mr Sinclair had been behaving oddly at the ticket barrier earlier, entering and re-entering 4 times in the course of a few minutes,' the report stated.

'He then travelled elsewhere, returning shortly and jumping over the ticket barrier.

'He then descended two escalators, ran across the concourse, down the platform and vaulted the barrier at the train entrance end, and then jumped down onto the tracks and walked into the tunnel at 11:00:29.

'He must have evaded around five trains before being struck at 11:20. This meant that he was in the tunnel for approximately 19.5 minutes before being killed.

'His body was found at approximately 16:30 and he was recognised as life extinct at the scene at 17:23.'

The coroner said there was extensive CCTV throughout the station, but that staff on duty at the time - of which there was an 'appropriate number' - didn't stop him.

'There was extensive CCTV throughout the station, but none of Mr Sinclair's unusual or dangerous behaviour was noted by staff on duty at the time.

His behaviour at the gates and time he spent in the tunnel before being struck were potentially lost opportunities to prevent this death.' 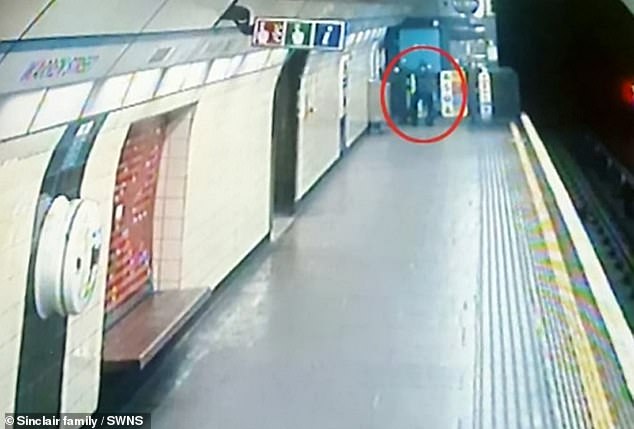 The report ordered that action - a system for staff to alert odd behaviour and then track an individual of concern on CCTV, and fitting an alarm at the barriers at the platform ends - should be taken by TfL to prevent future deaths.

Nigel Holness, managing director of London Underground, said: 'Our thoughts remain with the family and friends of Alfonso Sinclair who tragically lost his life in a tunnel between Warren Street and Oxford Circus stations on 31 August last year.

'We are carefully considering the Coroner's Prevention of Future Deaths report and will respond to the issues raised.'