An unborn baby has had surgery on her spine while she was still in her mother's womb.

Bethan Simpson, 26, from Maldon, Essex, was told her unborn daughter Eloise had spina bifida at her 20-week scan.

Mrs Simpson has become one of the first mothers in the UK to undergo the pioneering "foetal repair" surgery.

During a four-hour operation her womb was opened and her baby's bottom exposed, allowing surgeons to "sew up" a tiny hole in her lower spine.

Mrs Simpson said she "couldn't justify terminating a child I could feel kicking".

The procedure has been deemed successful and the baby is now due in April.Mrs Simpson said she and husband Keiron were advised to terminate her pregnancy after the condition was diagnosed, but the decision to opt for foetal repair was a "no brainer".

"I'm being told she's paralysed, but she very much wasn't," Mrs Simpson said. 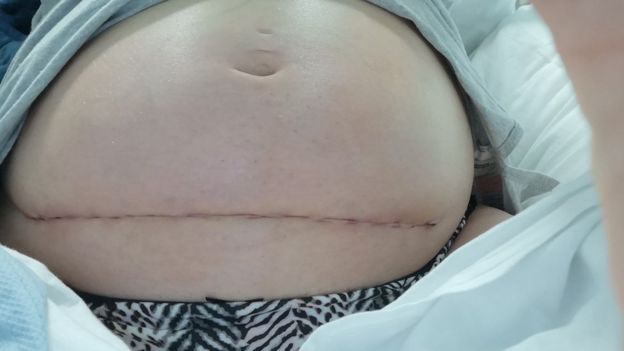 She was approved for surgery at Great Ormond Street Hospital in December after a series of tests and scans, and described the ensuing weeks as a "rollercoaster".

The operation at 24 weeks involved opening her womb and lifting her baby into position to repair the hole, as well as repositioning the baby's spinal cord.

"I came out of surgery at one o'clock and could feel her moving that evening," Mrs Simpson said.

"It was reassuring to feel that first kick after the anaesthetic wore off. She's bigger now, of course, and her kicks are stronger."

Mrs Simpson said she remembered the surgeon telling her on the ward later: "I've held your baby." 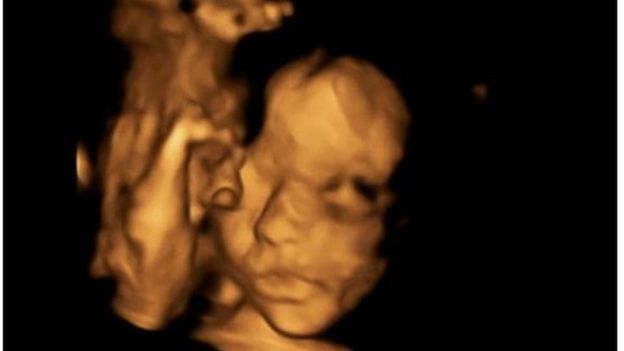 Bethan and Keiron Simpson's daughter Eloise is due in April

Mrs Simpson is thought to be the fourth patient to undergo the surgery in the UK, with the procedure mostly carried out in Belgium and the United States.

From April, the procedure will be available on the NHS in England. Two-hundred babies are born with spina bifida in the UK every year.

"Until now, when people got this devastating news there were two options - continue with the pregnancy or termination. This now offers a third option," he said.

"It is not a cure. But there is quite clear evidence through critical trials that the outlook can be a lot better with surgery early on." 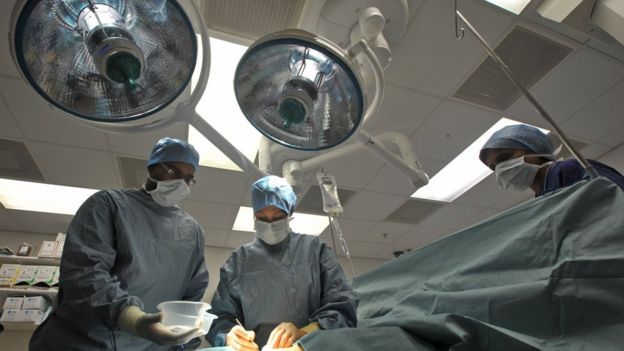 Mrs Simpson is the fourth patient to undergo the pioneering surgery

"People need to be aware that this is not a cure, it may in some cases make no difference at all," she said.

"They need to go into this with their eyes wide open."

Mrs Simpson urged parents in her position to consider surgery and "give every option a go".

"There are unknowns - it's major surgery, and the biggest decision you'll make in your life," she said.

"But remember most children born with spina bifida today are walking and reaching normal milestones." 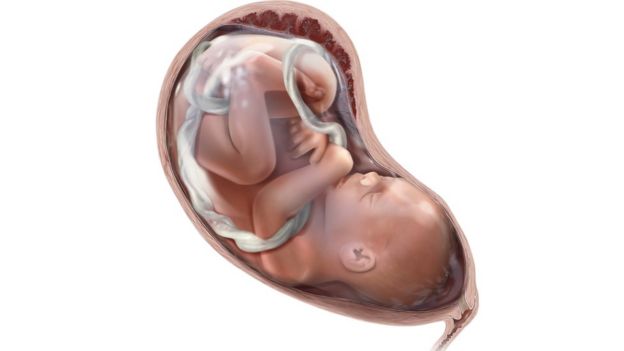 Spina bifida occurs in about four in 10,000 pregnancies

Spina bifida literally means 'split spine', and occurs when the spinal column and cord are not properly formed in pregnancy (before the sixth week) - leaving nerves exposed.

It occurs in around four in 10,000 pregnancies.

The cause is unknown, however mothers are encouraged to take folic acid supplements to reduce the risk of developing spina bifida in early pregnancy.

Babies born with the condition can become paralysed, suffer bladder and bowel problems - and it can affect brain development.

It is estimated that about 80% of mothers choose termination when spina bifida is diagnosed, although the condition varies in severity.

The delicate surgical procedure involves opening the uterus and closing the gap in the baby's back while they are still in the womb.