Paxex Forum / Entertainment / Events / Father, 38, drowns while trying to save three of his sons from drowning in a rip tide while on vacation in Florida

Father, 38, drowns while trying to save three of his sons from drowning in a rip tide while on vacation in Florida

A Kentucky father described as a 'hero' died as he tried to save his three children from a rip tide on a Florida beach.

Stephone Ritchie Sr., 38, was on vacation in Davenport, Florida, before deciding to drive roughly two hours to Cocoa Beach on October 27.

Over 20 of his family members traveled to the beach from their rental home, including five of Ritchie's  six children - four boys, and one girl. 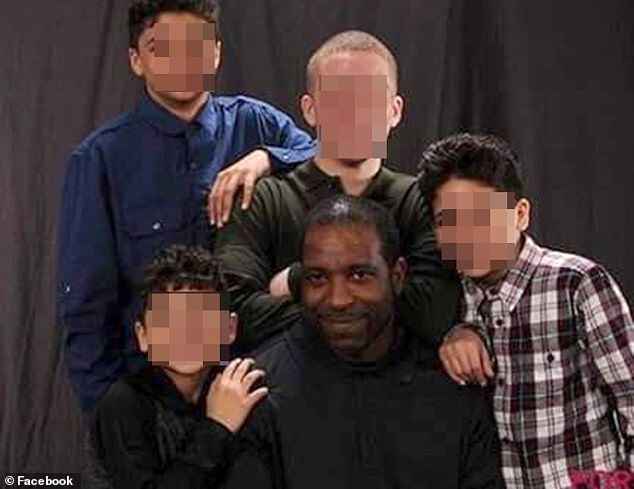 Ritchie's cousin Elishia Durrett-Johnson said that three of his sons immediately went into the water.

She told Fox News the family liked having the beach to the themselves. But she said  there were no signs posted of a dangerous rip current in the area.

Ritchie's sister Amber claimed she was worried the kids were too far out but Ritchie responded by saying they would be okay.

'Hey Sis, we got this, they know what they're doing, they can swim,' he originally told her, Durrett-Johnson explained.

He then reportedly went to save his sons before the waves overpowered him as they had been 'relentless,' Durrett-Johnson said.

'A wave caught him, there was no breaks in the wave. He couldn't get to swim parallel to the current like you're supposed to. The water kept coming and coming.' 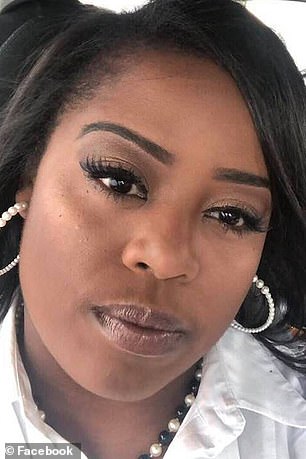 Ritchie's son Kaylib, 19, had seen his father in trouble in the water and Ritchie had replied yes when he asked if he needed his help.

Kaylib brought the three boys out of the water but his father struggled to overcome the large waves and they eventually pulled him to shore.

They tried to perform CPR on him but he died a short time later.

Durrett-Johnson called Ritchie died a hero and said he died trying to save his children who he loved.

'[He] did everything for his kids, could turn any sad situation into a comedic one,' she said.

Now the family is attempting to stick together in the wake of this terrible tragedy.

'We just came together trying to honor his legacy and do exactly what he would want us to do and that’s just being a family. Our family has suffered so much tragedy already.'

Durrett-Johnson's husband died last June in a car accident and the trip was supposed to have given he much-needed time with her family.

Ritchie did not have life insurance so paying for his funeral and burial costs has been a challenge for his family, USA Today reports. 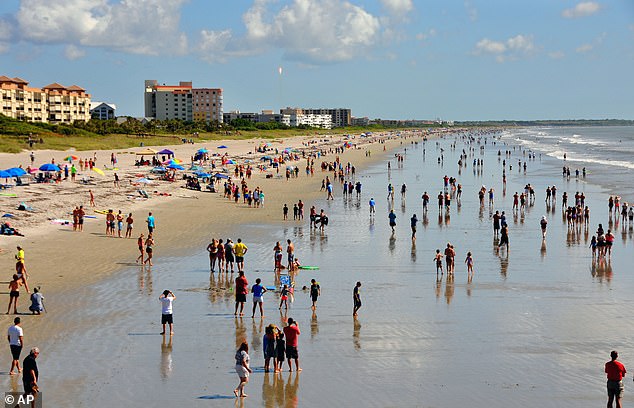 The family set up a GoFundMe account for Ritchie, which has has raised almost $12,000. It reads: 'Stephone loved, sacrificed, and did everything for his children. He was their best friend, protector, and always led by example.

'Stephone was a comedian at heart and could turn any frown into a smile.

'His life was cut short while on a family vacation as he tragically drowned saving his children in Cocoa Beach, FL. Stephone died as a hero. Stephone was a loving father, son, cousin, best friend, co-worker, gamer, awesome cook, and a great teacher.'