A GUNMAN has reportedly shot his girlfriend before storming a hospital killing two others including a police officer and a female pharmacy worker.

Armed cops responded after reports of shots being fired both outside and inside Mercy Hospital in Chicago.

Police confirmed four people are dead, including a policeman and the gunman — but didn't say if he had shot himself or been killed by a police officer's bullet.

The dead police officer has been named as Samuel Jimenez.

Chicago PD urged people to stay away from the scene as the hospital was evacuated.

Images from the scene show blood splattered across the floor inside the hospital and armed cops sweeping the area. 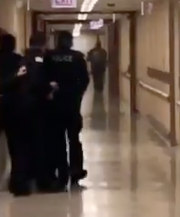 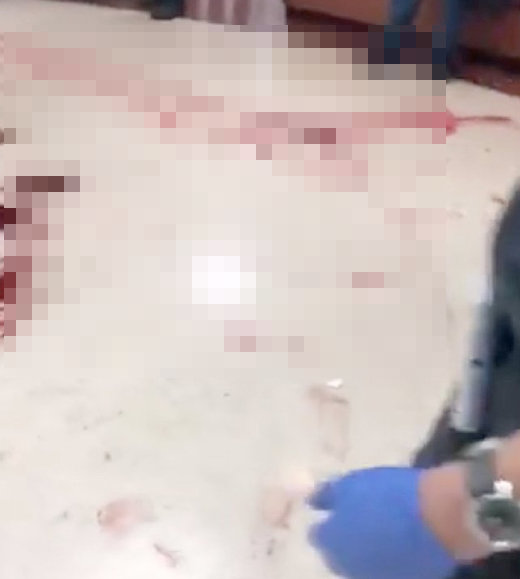 Witnesses reported seeing the gunman shoot a woman – reported by CBS to be his girlfriend – before running inside the hospital.

One said: "I turned around to my right and I see a man shooting someone on the ground.”

Two people were then shot inside the hospital as staff and patients ran for cover – with witnesses hearing “code silver” being shouted, which means a gunman is inside.

Video shows police officers with their guns raised sweeping through the halls of Mercy Hospital. 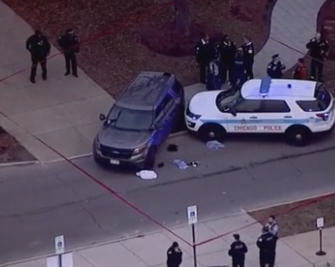 POLICE: Cops arrived on the scene after the gunman opened fire (Pic: CBS)

Reports have emerged of heroic medical staff working to keep patients safe as the shooter stalked the halls.

One staff member told CBS how he locked patients in their rooms as he heard the shots being fired.

Another witness claimed to have seen the shooter open fire at someone on the ground "repeatedly".

The shooting began after the gunman had an argument with a female doctor who he was dating, in the car park outside the hospital. 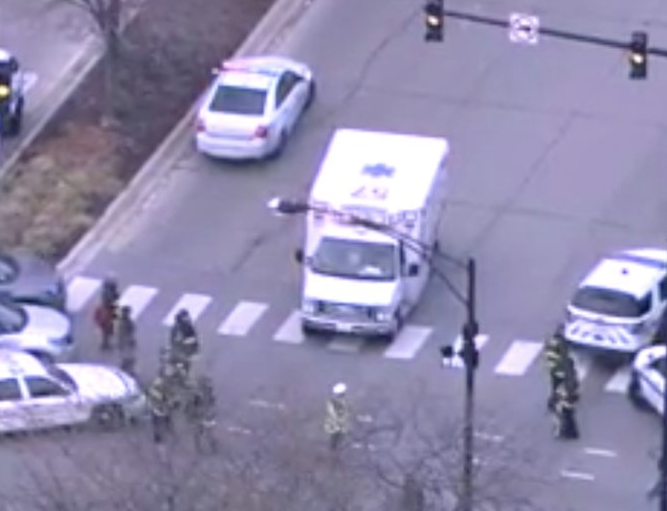 One of the woman's friends came along to help, at which point the attacker revealed his weapon.

In the opening shots, the woman, named locally as Tamara O'Neal, was killed.

Police then arrived and exchanged fire with the attacker, who hit their police car with a hail of bullets before running into the hospital.

As the police shot at the gunman, one of the attacker's bullets hit a female pharmacy worker who was unlucky enough to be coming out of the lift at the time. 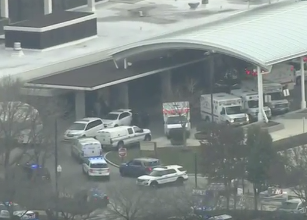 HOSPITAL: The gunman reportedly shot his girlfriend outside before storming the hospital (Pic: NBC) 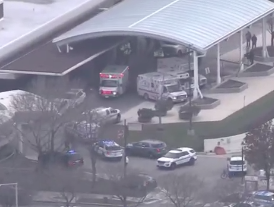 She hasn't been named.

One of the nearby high schools was locked down during the incident as cops maintained a “tight perimeter”.

All pedestrians and all vehicles were told to stay away from the hospital, as reporters were moved back from the cordon.

"Officers are doing a methodical search of Mercy hospital. At least one possible offender is shot. Please avoid the area."