Halifax 'murder': First picture of mum, 26, who died after 'altercation' in town centre

A murder investigation has been launched after a young mother died following a town centre 'altercation' during a night out in Halifax.

Detectives say the 26-year-old victim, who has been named locally as Levi Ogden, lost consciousness after the incident in Halifax, West Yorkshire at 2.16am.

Silver Street in the town centre was cordoned off for a forensic examination today and a 26-year-old man was arrested on suspicion of murder and remains in custody. 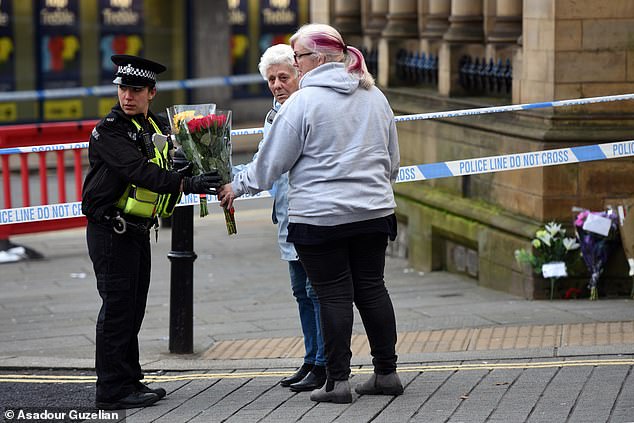 Friends and family members have been posting tributes to the 26-year-old on social media and have left flowers at the scene.

One person said: 'I am absolutely heartbroken and in shock. I have no words

'I was thinking of you and all the family today, we were best friends growing up and I will cherish those memories for the rest of my life. I cant believe this is true.'

While another said:  'R.i.p you beautiful women... my heart goes out to your babies and your family at this sad sad time.'

West Yorkshire Police said: 'Detectives have launched a murder investigation following the death of a woman in Halifax.

'At 2.16am today police were called to an incident where a woman had been left unconscious following an altercation in Silver Street, Halifax. 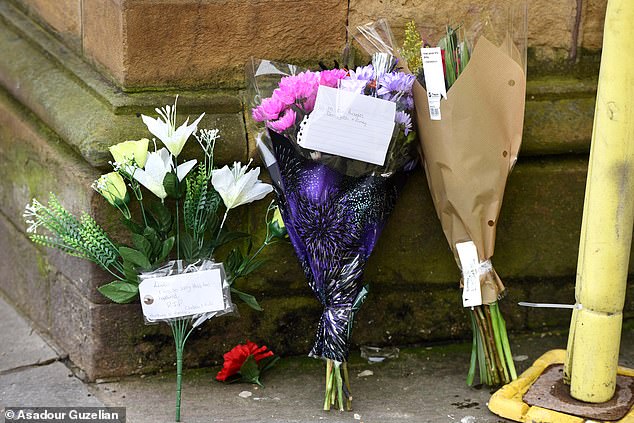 'The 26-year-old woman was taken to hospital by ambulance for emergency treatment but was pronounced dead a short time later.

'A 26-year-old man was arrested on suspicion of murder and remains in custody.

'A scene has been put in place to undergo forensic examination and enquiries are ongoing to establish the circumstances surrounding her death.

'A post mortem examination is due to be conducted later today.

'Anyone who witnessed the incident or who has any information that could assist the investigation is asked to contact West Yorkshire Police Homicide and Major Enquiry Team via 101 quoting Operation Patondeat or call the independent charity Crimestoppers anonymously on 0800 555 111.'