A baby born 16 weeks premature and weighing just 1lb 10oz has beaten the odds to celebrate his first birthday.

Doctors said baby Haris Mockbill was unlikely to survive after his mother Ellie Barr, 28, gave birth to him prematurely at 24 weeks.

Ellie, from Birmingham, had experienced heavy bleeding throughout her pregnancy. After one particularly heavy bout of bleeding, Ellie gave birth to Haris, who had underdeveloped lungs. 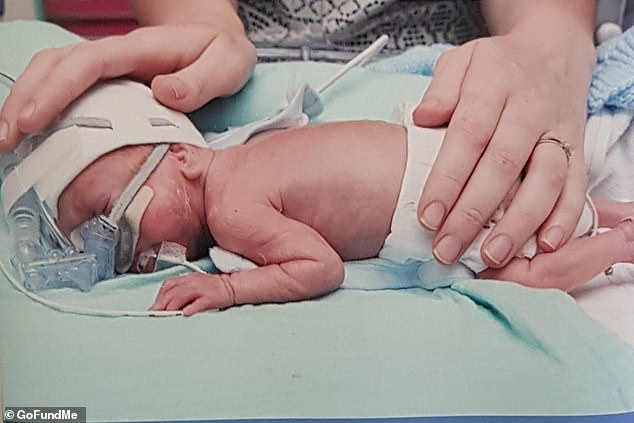 The baby was unable to breath properly and was kept alive by a ventilator.

After two weeks of battling for life, Ellie and her husband Hassan, 31, were told to prepare for the worst after his lungs began to fill with fluid.

However a last-ditch attempt to save the baby's life by placing him on a course of steroids kept Haris alive.

The steroids helped to clear Haris's sickly lungs and his condition drastically improved.

After a few weeks, the newborn was able to leave the intensive care unit.

Harry is now looking healthy and happy, and weighs a stone.

Community worker Ellie, who has two more young sons, told The Sun: 'He overcame everything that was thrown at him. He never gave up.

'We are a perfect little family now and it was so worth all of the fighting.' 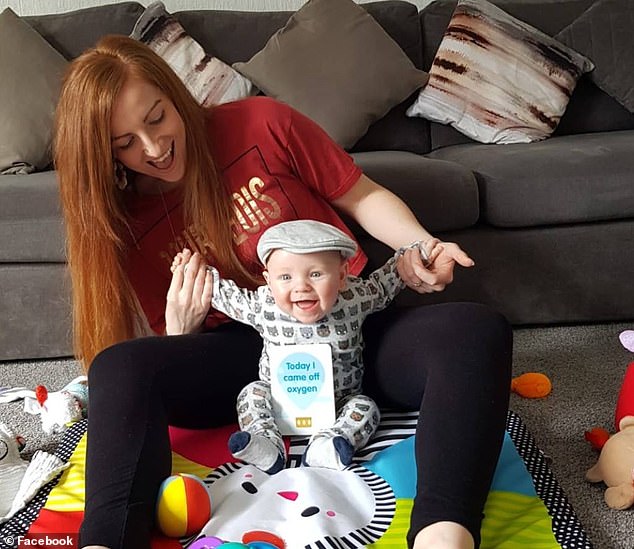 His parents say their baby is a true inspiration and his birthday was celebrated with a big party.

Little Harris faces more health complications, including a bleed on the brain, which comes as another blow for his parents.

'It was hard to take but as long as he's still with us and not in pain, that's all that matters,' Ellie said.