The late arrival launched a stunning attack on the show's two favourites just before he entered the show in last night's episode.

The Deal Or No Deal star insulted Harry Redknapp by saying he did not think the football boss could "rough it".

And he thought John Barrowman would "dominate proceedings".

Noel, 69, is intent on being crowned King of the Jungle and appears keen to unsettle alpha males Harry, John and Nick Knowles. 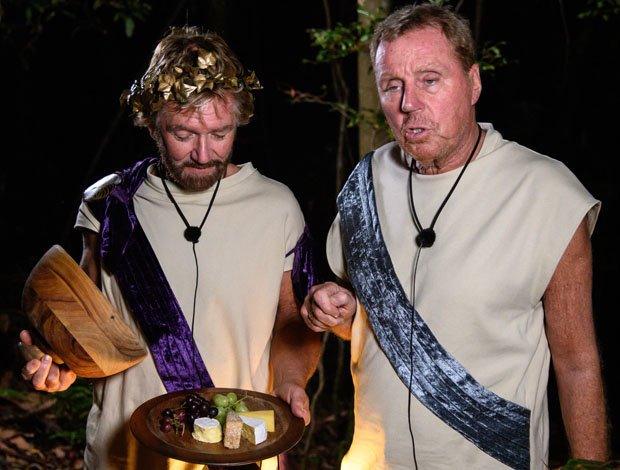 The celebs were stunned when the telly legend was unveiled by Holly and Dec as an "emperor".

Walking out in full toga to greet them during a storm, Noel said: "Hail literally. And rain."

But they had no idea he had already bitched about them before he arrived.

Noel said: "Harry, I don't know why, I feel might not be the greatest with the outdoors. Does he look like the sort of person who can rough it? No, he doesn't." 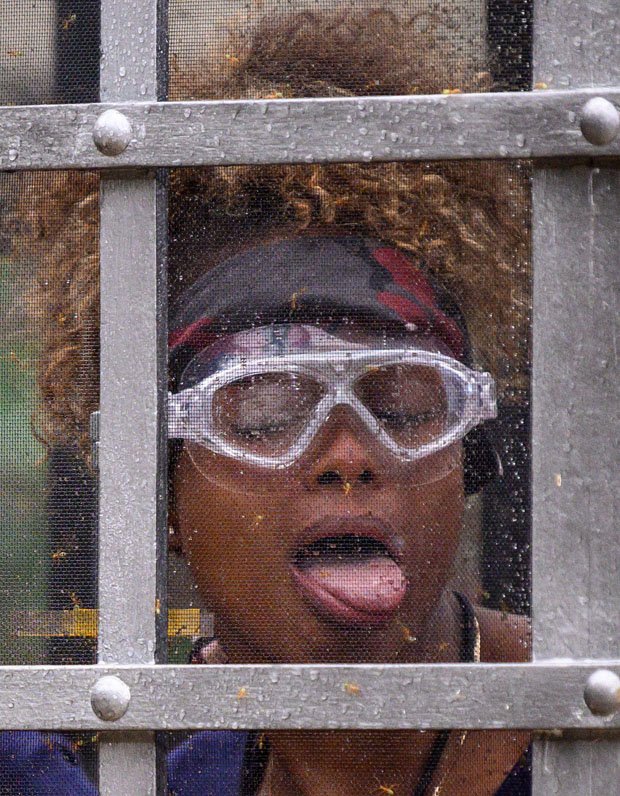 GOT IT LICKED: Fleur with her tongue out during the trial (Pic: James Gourley/ITV/REX/Shutterstock)

He added: "John Barrowman is one of those people you feel you know. I expect him to sit on the throne and dominate proceedings and we will all be his loyal subjects."

Emperor Noel's first decision was to make Harry his "adviser" - meaning the 71-year-old will not have to do any trials or duties.

They will sleep in a "palace" with proper beds.

And he made Fleur East and Sair Khan members of his "inner circle", meaning they get the same privileges.

Only Noel, Harry, Sair and Fleur enjoyed a feast of buffalo wings. 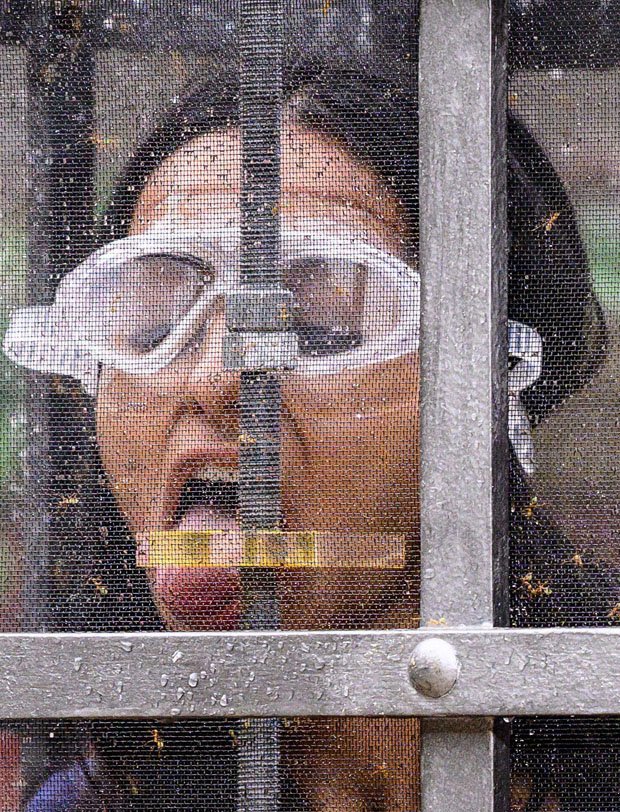 The rest had to make do with rice and beans.

Noel made Nick and Emily camp chefs and put Rita and John in charge of wood and the fire.

Anne, Malique and James are in charge of maintenance, including dunny clearance.

He also upset John by telling him to "stop scratching his groin" when he spoke to him.