Paxex Forum / Entertainment / Events / Irish boy, 13, drives through iron gates and knocks over school wall while behind the wheel of Audi A4 his father rented in Marbella

Irish boy, 13, drives through iron gates and knocks over school wall while behind the wheel of Audi A4 his father rented in Marbella

A 13-year-old boy from Ireland smashed through an iron gate and plunged his family's rental car into the wall of a school while on holiday in Marbella.

Locals in the Spanish resort said it was lucky that nobody was killed as he crashed the powerful Audi A4 through two sets of iron gates and across a busy road. 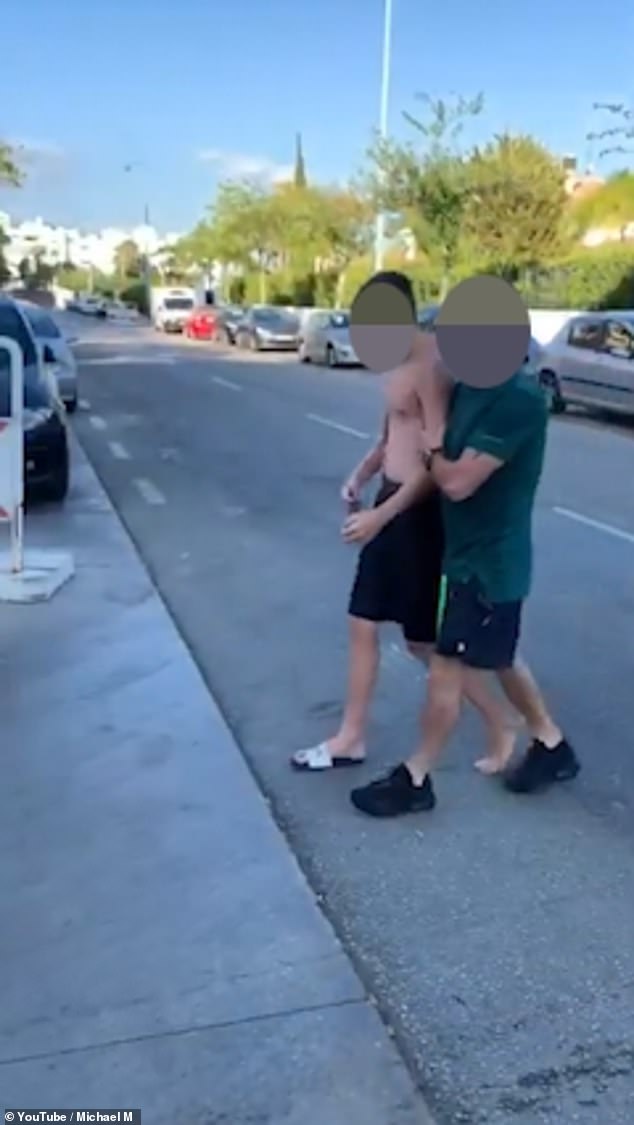 The car, which cost upwards of £28,335, is believed to have been written off following the accident on Wednesday evening.

It's understood the family were on holiday when the father left the teenager alone in the car.

Reports surfaced that the family were making their way to Malaga airport to fly home when they drove out from the Padel and Tennis Club in Nueva Alcantara, but video footage shows the teen in swimwear, suggesting they may have been going to the beach. 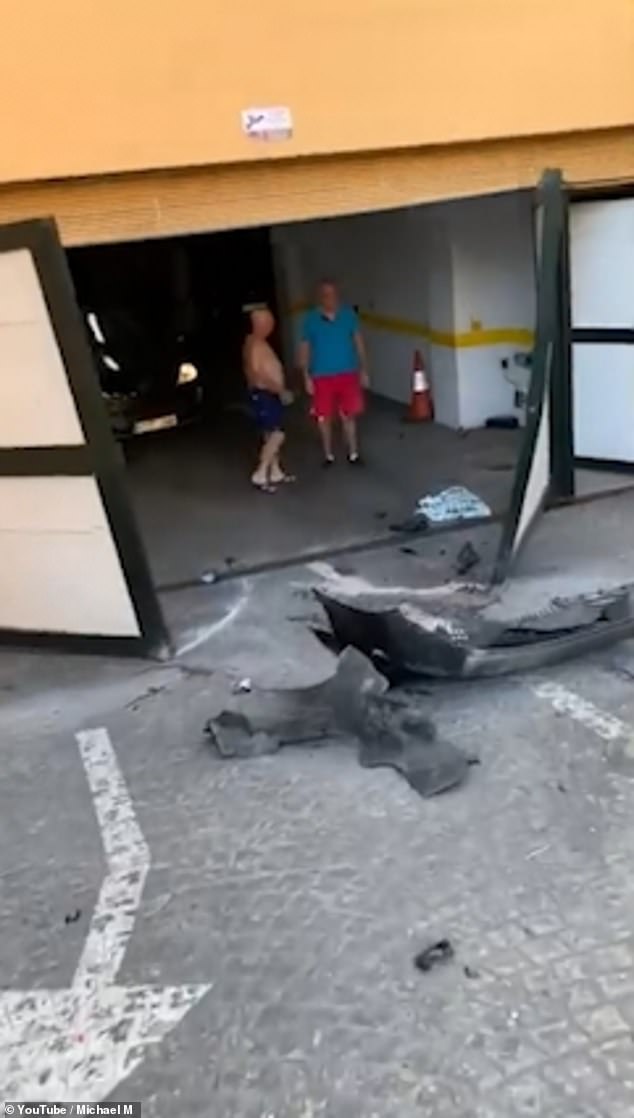 The teen claims to have climbed into the driver's seat and accidentally knocked the motor of the automatic car into gear, according to the Irish Sun.

In a panic, he reportedly hit the accelerator instead of the brake and burst through the gates.

Both the boy and the father were left unharmed, but left a severe trail of destruction in their midst.

After the crash, the father could be seen comforting the boy, and walking around with his head in his hands.

One local told the Irish Sun: 'The car shot out of the underground car park. It's a ­miracle he wasn't killed. 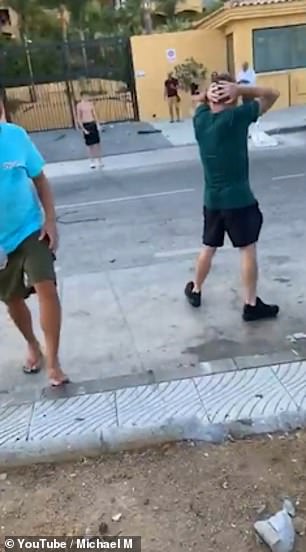 'It's also a miracle there were no kids inside the college at the time because there's a summer camp on.

'It's lucky there was no traffic on the road or pedestrians crossing it at the time either or we could be looking at a far more serious situation.'

Spanish police said: 'A man had the engine of his car running, but stationary. He got out for a moment and his son, 13, sat in the driver's seat, put it in gear and stepped on the accelerator.

'The door of the garage was knocked down, the car crossed the road and hit the wall of the school, knocking it down and entering the yard. There were no injuries.'

It comes after a spokesman for Marbella council said the tourist city was seeing more anti-social behaviour in common with other European cities. 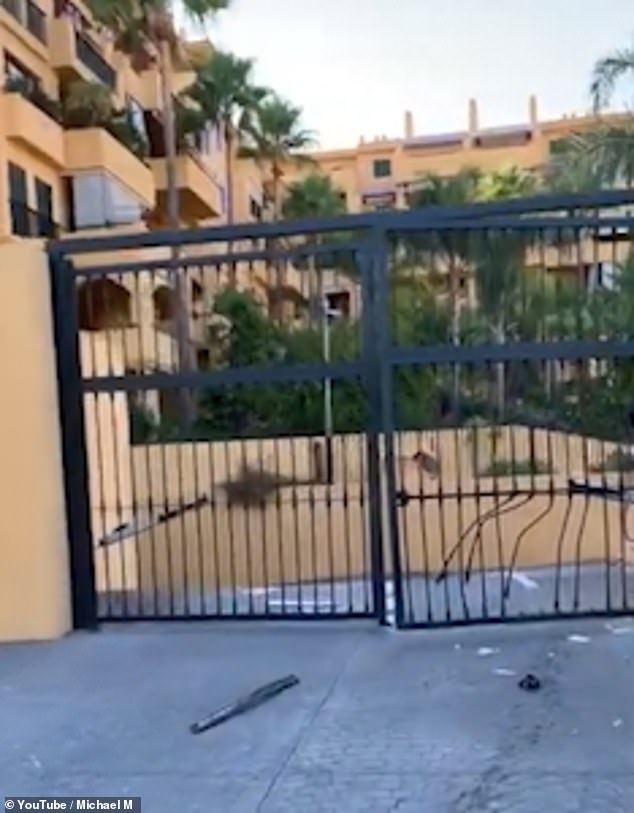 They said: 'We are trying to present a democratic and balanced response to these new situations and circumstances, based, on the one hand, on the recognition of the right of everyone to behave freely in public spaces and to be respected in their freedom.

'But, on the other hand, the need for all of us to assume certain duties of coexistence and of respect for freedom, dignity and the rights of others.'