Izzy Judd has shared a heartfelt message and sweet snap with her brother Rupert who suffered a serious head injury in a car accident in 1997.

The musician, 35, who is married to McFly drummer Harry, admitted that she had 'lost her way' with visiting her sibling with the 'sadness of it all just being too much in the midst of becoming a mum myself.'

She added that although he lives in a residential home with 24-hour care, Rupert can 'light up any room' and 'finds humour in any situation'.

Izzy also praised her parents in the touching Instagram post, writing that she has 'so much admiration for my their love and strength'.

She wrote: 'As we drove home on Sunday I couldn’t help but find my thoughts turning to my parents, the emotion of it all feeling even more painful, to think of what they have been through and continue to go through must be unbearable, their first born, their son.

'Living with grief and watching Rupert living a life he wasn’t supposed to live, wishing they could change it and make it all better.' 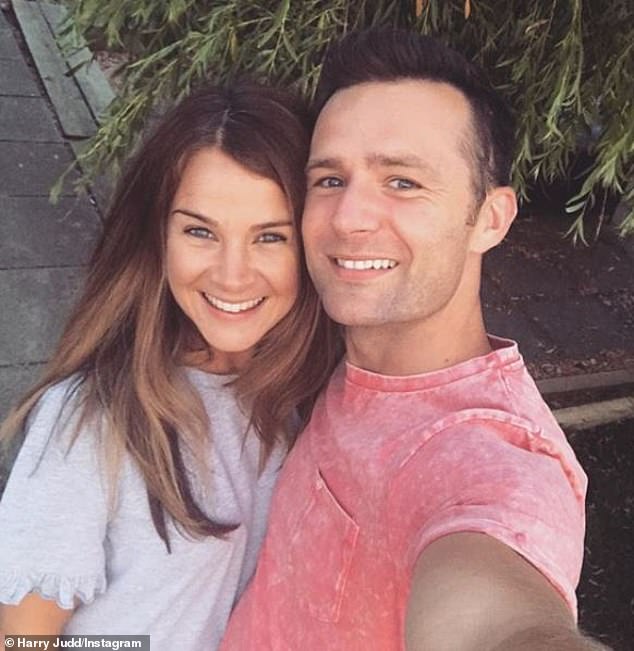 The proud sister also wrote how Rupert is 'an inspiration and a reminder to live life every single day' and said she is 'eternally grateful to Rupert for being such a fighter'.

Izzy could be seen embracing her big brother in the sweet snap of them outside a bowling alley, both with large smiles on their faces.

Violinist Izzy, who is mother to Lola and Kit, has spoken about Rupert's brain injury before and wrote about him for the Daily Mail in 2017.

The younger sister, who also has brothers Magnus and Guy, explained how she believed Rupert's accident was the 'catalyst for me developing the anxiety.'

Izzy wrote: 'On 7 February 1997, two weeks before my 13th birthday, everything changed. My eldest brother Rupert had an accident that has had a deep and lasting effect on my family, and I believe that this was the catalyst for me developing the anxiety that has been a companion for much of my life.

'Rupert was 18 and studying at Guildhall School of Music & Drama in London. He was wild and charismatic, talented, energetic and full of life.

'It was Rupert who gave me my nickname Izzy. My birth name is Brittany but when I was young Mum used to say a little rhyme to me: ‘Izzy whizzy, let’s get busy’. Rupert couldn’t say Brittany, so he picked up on Izzy and it stuck.'

Discussing the night of his accident, Izzy said that Rupert had been out with pals but later decided to drive to Somerset, which was two and a half hours away, to see one of their cousins.

After arriving at roughly 1am Rupert stayed for around an hour before heading back to Harpenden in Hertfordshire as he had a horn lesson at the Guildhall later that day. 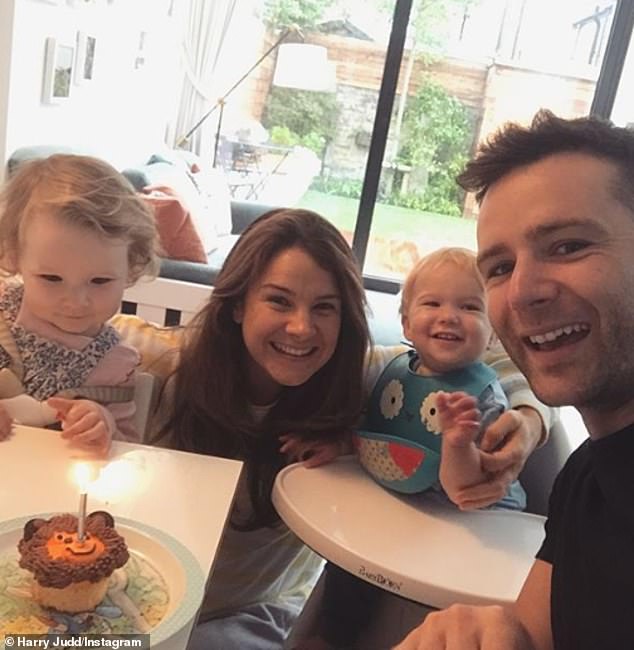 Izzy said: 'Many days later, we learned that Rupert’s music teacher had left a message to say that the lesson was cancelled. But Rupert’s phone was out of battery and he never received it.'

She then explained that the family believe Rupert started driving back at about 3am and was only ten minutes from home when he drove into the back of an articulated lorry.

She said: 'We think he probably fell asleep at the wheel but we’ll never know. He was dead at the scene but was brought back to life by a defibrillator.'

After the accident Rupert had to give up his musical career and be cared for in a residential home.

However Izzy wrote in her Instagram message on Wednesday that she is still grateful that her brother is 'such a fighter'.

She said: 'However much I wish he hadn’t had to go through such trauma and that his life and freedom hadn’t been taken away from him, I feel eternally grateful to Rupert for being here, for being such a fighter, such and inspiration and a reminder to live life every single day and to not care about what others think. Just be yourself and keep telling those you love how much they mean to you.'

Harry and Izzy have always been open about their lives, with them previously discussing parenting with anxiety and the dangers of social media.

The McFly star and his musician turned writer wife spoke out on the pressures of 21st century parenting as part of their new #ThisIsParenthood project with WaterWipes.

Izzy has been open about living with anxiety since she was a teenager, with Harry admitting that hearing his wife say she felt she was 'failing' as a mother during the early days of parenthood, was heartbreaking.

'We're sharing the realities of parenthood, there's been some scary statistics uncovered by WaterWipes and a particular one that stood out for me was that two thirds feel they're failing,' Izzy explained.

'Certainly after Lola was born I was suddenly thrown into this world of being a mum and feeling like I'm not doing a good enough job.' 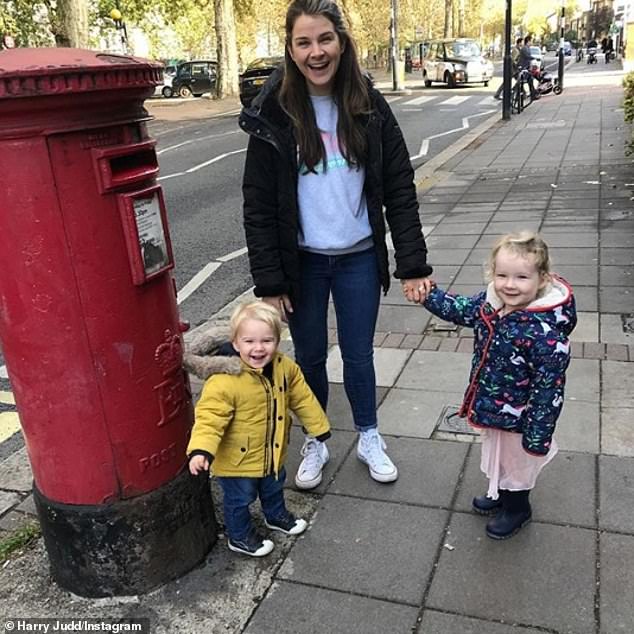 Harry thinks social media is partly to blame for these feelings of failure, pointing out that 'a lot of the way parents are portrayed these days is through social media by people of influence or even if it's just your friends and family.'

He said one of the reasons he and Izzy are both so open about the tougher times when raising children is because they don't want to contribute to the pressure on parents.

'I heard Izzy so many times in the first year of being a mum say "Oh my god I've failed". That genuine feeling that she'd failed.'

'Hopefully I was able to reassure her. That has made us both conscious now to not put across this message of "Oh haven't we got this amazing life", which we have but there's a reality too.'