A JetBlue worker caused outrage after a picture appeared of her on social media dressed as a homeless person 'trying to get back to Puerto Rico or Cuba' and begging for money.

The unidentified airline worker wore tattered clothing and put black make-up on her teeth to make them look rotten.

She was holding a plastic cup with a few coins and was carrying a sign with the caption: 'Homeless. Need help trying to get back to Puerto Rico or Cuba.'

A Twitter user with the handle @nats, posted the picture of the employee behind the JetBlue kiosk at Fort-Lauderdale Hollywood International Airport. 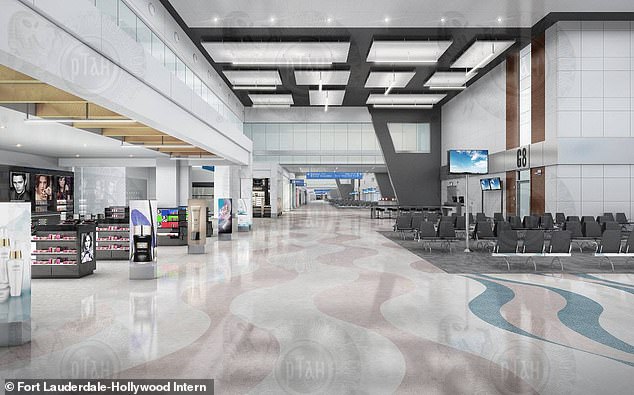 It was accompanied by the caption in Spanish: 'This was the costume of a JetBlue employee at the airport in Fort Lauderdale, FL. 'I want to read your opinions.'

The image provoked outrage on Twitter hundreds mostly commenting that they considered it 'racist' and highly offensive.

One named Gabriela R wrote: 'A @JetBlue employee in the Fort Lauderdale airport showed up to work in this racist and highly offensive "costume."

'People’s hardship and suffering should not be mocked like this. The company should have accountability for all their workers. UNACCEPTABLE!.'

Another with the handle @dominoPR777 said: 'They need to fire her ASS and I demand a public apology from Jet Blue for their employees costume because as Puerto Rican I find it highly offensive and I personally won’t be flying Jet Blue until they issue a Public Apology to all [Puerto Ricans] and [Cubans].'

@xoooalba also said: 'The fact that there’s people saying this is okay ... i hate everyone omg.'

Other social media users argued the post was offensive to survivors of Hurricane Maria which devastated the country two years ago.

The Category 4 storm killed an estimated 2,975 people in its aftermath and caused more than an estimated $100 billion in damage.

It was the strongest storm to hit the U.S. territory in nearly a century, sparking an estimated exodus of nearly 160,000 people to the U.S. mainland.

One user wrote: 'Not sure if they know but thousands of people lost everything due to Hurricane Maria and for this JetBlue employee to think it’s OK to joke about the epidemic of homelessness in Puerto Rico and the U.S. is sickening and completely unacceptable', wrote another user. 'That’s NO JOKE.'

JetBlue is the largest airline carrier in Puerto Rico, with 50 daily flights from San Juan.

The city of Fort Lauderdale, where the airport is, is made up of 20 percent Latino population, according to census data. 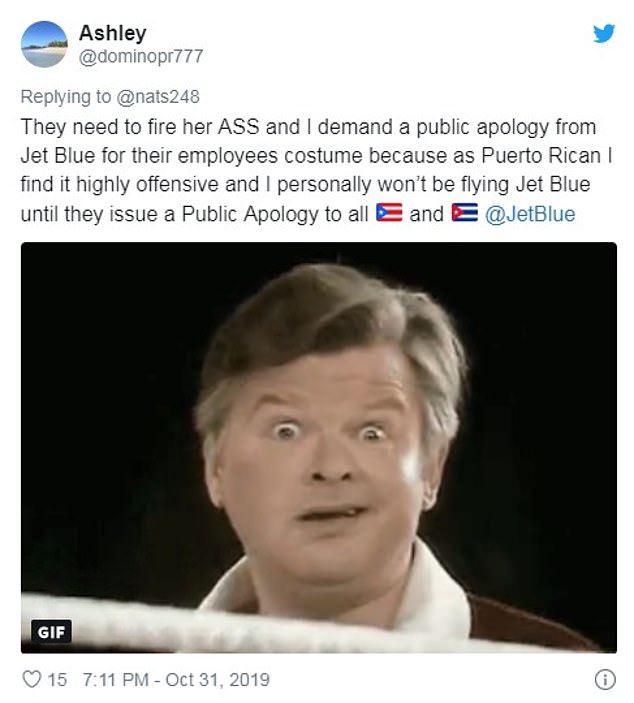 JetBlue apologized for the clearly insensitive costume choice. In an email to NBC the carrier claimed: 'In the spirit of Halloween, our crewmembers are welcome to celebrate in costume, but one crewmember chose a costume that was clearly insensitive and not in line with our costume policy,' said Derek Dombrowski, manager of corporate communications at JetBlue.

'The situation was immediately addressed, and we apologize to anyone who was offended.'

He did not say whether the worker was disciplined over her actions.