JFK’S missing brain was swiped by his brother Robert Kennedy after the autopsy into his assassination, it is claimed is shocking US government documents.

President John F. Kennedy was shot dead in Dallas, Texas, while riding in his motorcade sitting alongside his wife Dallas.

He was hit twice – once in neck, and once in the head – in the last successful assassination of a US President, and with today marks the 55th anniversary of his death.

Kennedy’s brain mysteriously vanished from the US National Archives where it was stored along with other key pieces of evidence from the autopsy.

Documents compiled by the House Select Committee on Assassinations – which probed the murders of JFK and Martin Luther King – suggest the brain may have pinched to “prevent future display”.

FK’s brain was present at the initial autopsy after the killing in 1963, but later disappeared in 1965.

Its whereabouts has been subject to much speculation, and conspiracy theorists often link its disappearances to allegations of there being more to the assassination.

US government documents acquired by the Daily Star Online reveal the efforts by officials to track down the brain.

And in rare documents from its final conclusion, the 1976 probe names RFK – who was also assassinated in 1968 – as the one for swiping the brain.

RFK ordered his secretary Angela Novello to remove the locker containing the autopsy materials from the National Archives, the report claims.

The locker containing the brain was being overseen by Evelyn Lincoln, JFK’s assistant, who was transferring the US President’s documents to the archive.

Ms Lincoln was then telephoned by RFK who told her he was sending Ms Novello to move the locker in 1965.

She arrived at her office along with Herman Kahn, archivist for the Presidential library, and took the locker containing the brain – which was never seen again. 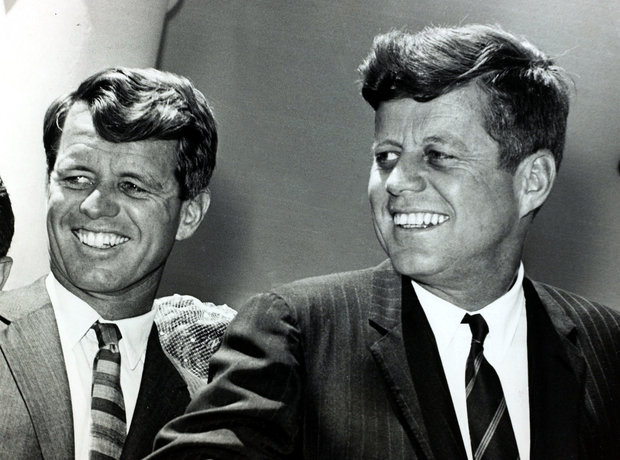 KENNEDYS: John and Robert were American political royalty and both were gunned down (Pic: GETTY) 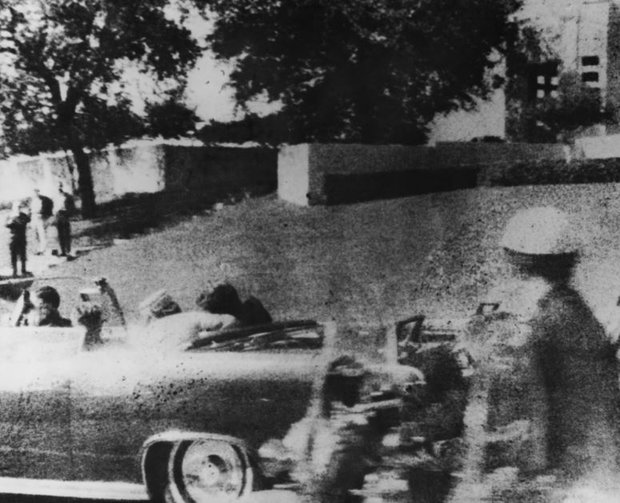 GRASSY KNOLL: JFK was shot twice while riding in his motorcade in Dallas (Pic: GETTY)

The document reads: "The material was then either kept in another part of the Archives, probably a Robert Kennedy courtesy storage area, or removed from the building to a location designated by Robert Kennedy.

"The circumstantial evidence would seem to indicate that Robert Kennedy then decided to retain possession of all physical specimen evidence and transferred only the autopsy photographs and X-rays to the Government."

Ms Lincoln was interviewed by investigators, and told them she “wondered what happened” to the brain after the assassination of RFK.

The committee notes it has no “direct evidence”of the whereabouts of the brain, but points to it being seized by RFK. 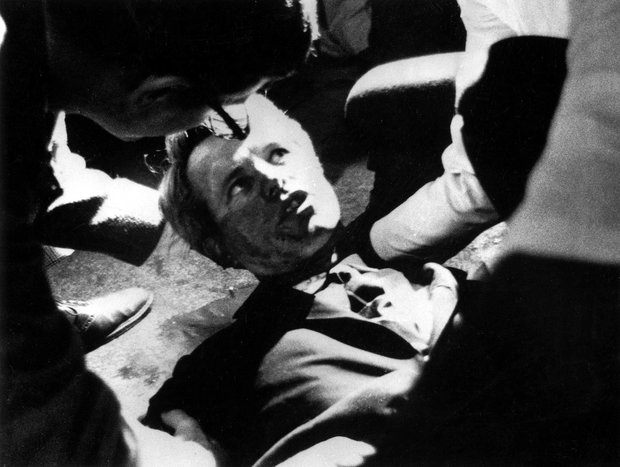 ASSASSINATED: RFK moments after he had been shot as he campaigned to be US President (Pic: GETTY)

JFK’s brain is believed to have been taken by RFK to prevent “misuse”of the organ – along with other tissue sections and blood smears.

“Circumstantial evidence tends to show that Robert Kennedy either destroyed these materials or otherwise rendered them inaccessible,” the doc reads.

It notes the RFK would have wanted to keep hold of the brain to prevent “public display”.

And also it says the US President’s brother may have quietly disposed of the brain. 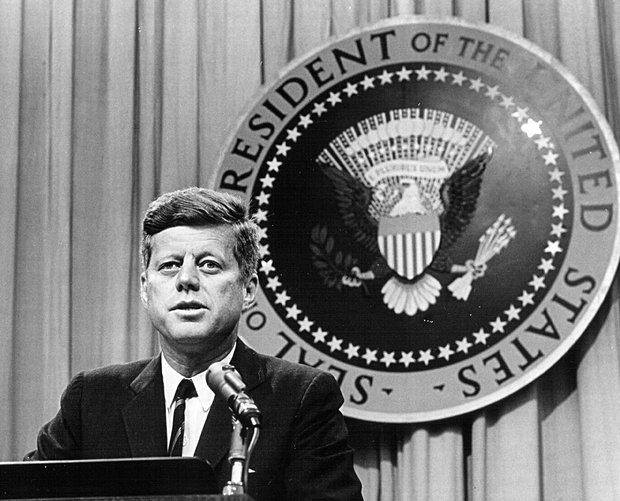 RFK was also never ordered by the justice department to hand over the tissue samples.

He was asked by officials to pass on to them autopsy photos and reports on the killing which were also stored in the locker.

JFK’s brain’s whereabouts remains unknown despite efforts by the US government of ind them.

US assistant attorney general Burke Marshall told the investigators: "Robert Kennedy obtained and disposed of these materials himself, without informing anyone else.” 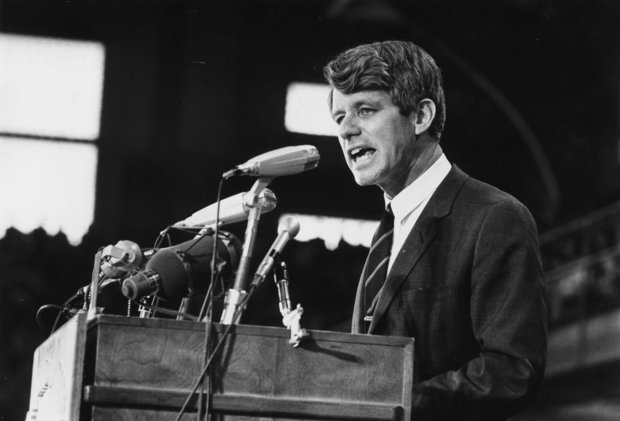 BROTHERLY LOVE: RFK may have stolen the brain to prevent its 'misuse' (Pic: GETTY)

The report states Marshall added: "Robert Kennedy was concerned that these materials would be placed on public display in future years in an institution such as the Smithsonian and wished to dispose of them to eliminate such a possibility.

“[He] emphasized that he does not believe anyone other than Robert Kennedy would have known what happened to the materials and is certain that obtaining or locating these materials is no longer possible.”

RFK served as the US attorney general under his brother, and then under his successor Lyndon B. Johnson.

He was shot dead while mounting a US Presidential bid on June 5, 1968, by a young Palestinian allegedly over his support of Israel during the Six Day War. 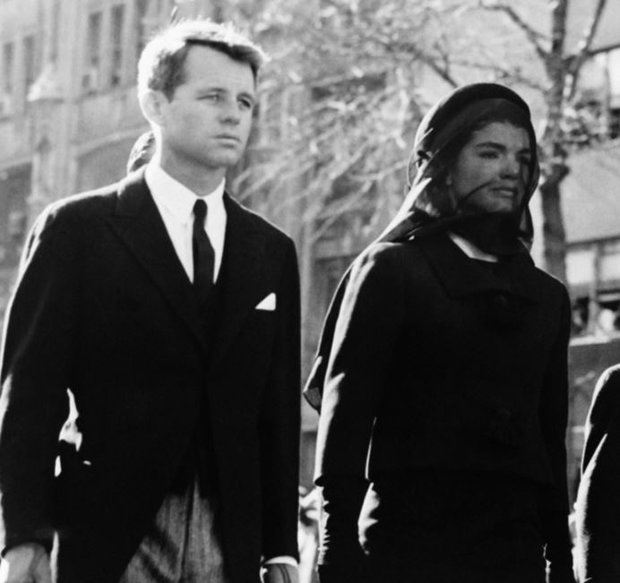 MOURNING: RFK and Jackie Kennedy at the funeral of the US President (Pic: GETTY)

JFK and RFK’s murders and the mysteries following them – such as the missing brain – continue to be subject of conspiracy theories.

Claims over the killing of JFK have ranged from the involvement of the Soviet Union, the mafia, and the CIA.

RFK’s death has been rocked with claims of a second gunman and also alleged involvement by the CIA.