John Walker Lindh: What happens when you release a 'traitor'?

John Walker Lindh and hundreds more have been sent to prison for terrorism, treason and other crimes. The release of the "American Taliban" on Thursday shows how little the US has done to prepare for the moment they are set free.

The US-born Lindh was captured on the battlefield during the US invasion of Afghanistan in the months after the 9/11 terror attacks. He pleaded guilty in 2002 to aiding the Taliban and was sentenced to 20 years in prison.

Back then he was vilified as a traitor. This week, though, he will leave prison.

Lindh, 38, will be put on probation. He will not be allowed to go online unless he has special permission, and he cannot travel freely.

Lindh became an Irish citizen while he was in prison (his grandmother was born in Donegal) and could move to Ireland when the travel restrictions are lifted.

Upon his release from prison, he will discover a world that has changed dramatically since his incarceration. He will have to grapple with daily life, learning how to use a smartphone, for example.

And he will face a society that has done little to prepare for his arrival.

Many experts, including the Federation of American Scientists' Steven Aftergood, who specialises in national security, say the US should do more to help.

"In the justice system, we say 'You, the criminal, are not like us'. But there is also a responsibility for society to say at the end 'There is a place for you in our world'. We've very bad at that."

Lindh is not the only one to rejoin society after a lengthy incarceration for crimes that threaten national security - and to face the daunting prospect of life on the outside.

More than 300 people in the US have been convicted of jihadist terrorism-related charges since 2001, according to New America Foundation, a think-tank based in Washington.

In addition, dozens of individuals are behind bars for assassination attempts, selling secrets to the Chinese government and other crimes that threaten national security.

Some have been sentenced to life in prison without parole. Yet a significant number have already been released or will be free at some point. 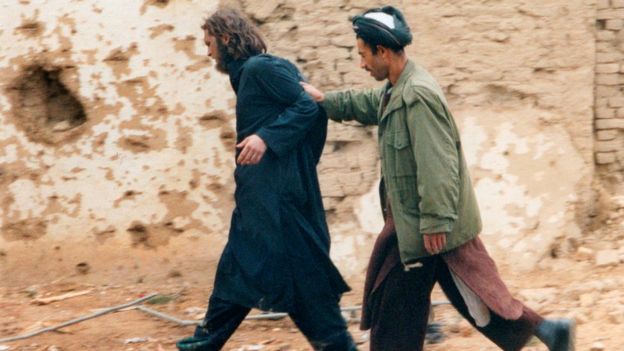 When Lindh walks out of prison, he will join a colourful cast of infamous former inmates.

In 2016, John Hinckley Jr, the man who tried to kill US President Ronald Reagan, left a psychiatric facility where he had been imprisoned for decades. Hinckley, who is now 63, moved in with his mother in Williamsburg, Virginia, and, according to court records, has had a hard time finding a date.

Faysal Galab, who was a member of a group known as Lackwanna Six, pleaded guilty to a terrorism-related charge and was sentenced to seven years. In 2008, he was released from a prison in Terre Haute, Indiana, the same one where Lindh has been incarcerated, and moved to a rehabilitation centre in Detroit.

'Paid their debt to society'

Each of their cases is unique, but collectively they raise a fundamental question: should individuals who commit reprehensible crimes, whether terrorism offences or threats to national security, be welcomed back into society after their punishment?

If so, how should their welcome - or at least their reintegration - be handled?

Legally speaking, the matter is straightforward. Individuals who have served their time can rejoin friends and family on the outside and take up their lives again (at least the law-abiding parts).

"Someone who has paid their debt is entitled to resume their life," says John Sifton, an advocacy director at Human Rights Watch.

Yet the mechanics of how these individuals resume their lives vary, and so do the restrictions placed on them.

The US government does not have an official programme or set of procedures to help them find their way in the world.

Two decades ago, the teenage Lindh started a very different journey, leaving his Catholic family in California to study Arabic in Yemen. He went on to Pakistan, then across the Khyber Pass into Afghanistan before being brought back to the US to stand trial.

Since his conviction, the only glimpse we've had of Lindh was in 2012 when he testified in court, wearing a prison uniform and a white prayer cap, as part of a legal challenge against a ban on group prayer.

"I believe it's obligatory," he said. "If you're required to do it in congregation and you don't, then that's a sin."

He added: "There are no legitimate security risks by allowing us to pray in congregations. It's absolutely absurd."

The US government, however, alleged in court documents then that he had delivered a radical sermon in Arabic. And leaked classified documents published by Foreign Policy magazine in 2017 claimed Lindh managed "to write and translate violent extremist texts".

Some US senators have questioned if enough is being done to help prison and parole officers to recognise the signs of violent radicalisation and recidivism.

A letter from one Republican and one Democrat to the Bureau of Prisons director noted that 108 other prisoners convicted of terrorism offences in the US are scheduled for release in the next few years.

"Little information has been made available to the public about who, when and where these offenders will be released, whether they pose an ongoing public threat, and what federal agencies are doing to mitigate this threat while they're in federal custody," they wrote.

US President Donald Trump has reportedly said that he thinks Lindh should serve his full sentence (Lindh is getting out three years early).

After his capture in Afghanistan, Lindh was held in a prison where a CIA officer, Johnny Micheal Spann, conducted interrogations - and where Spann was killed in an uprising. His father, Johnny Spann, has told reporters he does not think Lindh should go free. 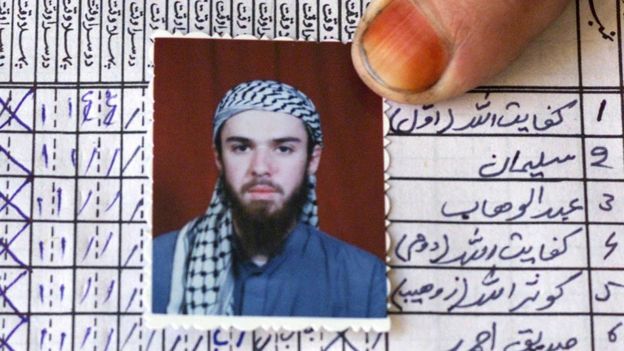 Daniel Byman, a senior fellow at the Brookings Institution, says individuals who commit terrorism offences and are then released from prison are closely watched: "There's a lot of monitoring."

Others say simply that he has done his time.

Jesslyn Radack, an attorney who worked for the US Department of Justice when Lindh was captured in Afghanistan, felt his sentence was unduly harsh.

Now, she says: "I hope he's able to come out and quietly restart his life."