The journalist has not been seen since entering the Saudi consulate in Istanbul almost two weeks ago.

The US Secretary of State Mike Pompeo has arrived in Saudi Arabia as pressure increases on the country's leaders over the disappearance and alleged murder of journalist Jamal Khashoggi.

Mr Pompeo was hastily dispatched to Riyadh amid signs that the current Saudi position - a flat denial that Mr Khashoggi was killed inside their consulate in Istanbul - might be about to change. 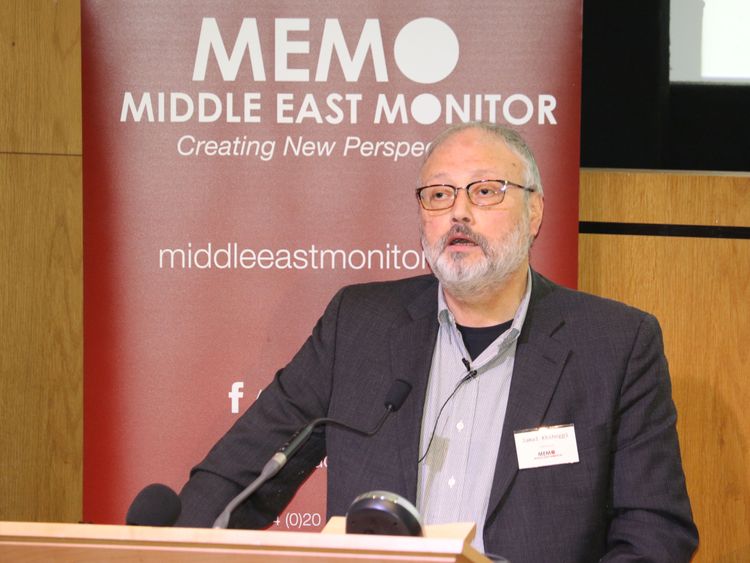 Image: Jamal Khashoggi has not been seen for almost two weeks

The renowned journalist has not been seen since entering the building almost two weeks ago.

Speaking on Monday, Donald Trump said the Saudi leader King Salman denied "any knowledge of whatever may have happened" during a phone call.

But the US president also said "rogue killers" could be behind the disappearance and that King Salman had told him Saudi Arabia is "working closely with Turkey to find answers". Speaking to reporters as he set off for Florida from the White House, President Trump said he did not "want to get" into King Salman's mind, but added: "It sounded to me like maybe these could have been rogue killers."

Reports in the US media suggest that Saudi officials are set to admit that Mr Khashoggi was killed during an interrogation that went wrong, but neither King Salman, or his son and power behind the throne, Crown Prince Mohammed, had ordered Mr Khashoggi's death.

On Monday Turkish and Saudi officials began a search of the consulate. Turkey claims he was killed and dismembered inside the building by a 15-member Saudi "assassination squad" and say they have evidence to support their claims.

They have now completed their search.

Saudi officials have called all the allegations "baseless", but have offered no evidence the journalist left the consulate. 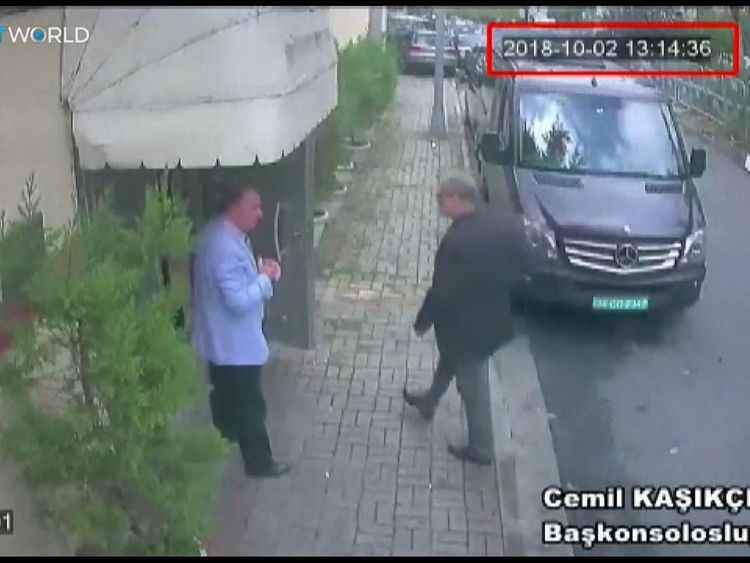 The international community has been near unanimous in demanding Riyadh provide clear answers over Mr Khashoggi's case.

Germany, Britain and France issued a joint statement over the weekend expressing "grave concern" and calling for a credible investigation to ensure those responsible for the disappearance "are held to account".

The US State Department also has urged a thorough investigation into the disappearance.

Last week, President Trump vowed to uncover the truth about what happened and promised "severe punishment" for those responsible.

However, given the close political and economic links between the US and Saudi Arabia it remains unclear what action he could take.

He has already ruled out halting a proposed $110 billion arms sale to Saudi Arabia because of the impact it would have on American jobs.