FOR NEARLY THREE months, 13-year-old Jayme Closs was forced to hide in a 2½-foot space beneath her kidnapper’s bed, going without food, water or a bathroom for hours, too terrified to flee from a man she knew had fatally shot both of her parents.

But when Jake Thomas Patterson left the remote cabin on the 88th day of her captivity, she finally made a break for freedom, authorities said. She put on Patterson’s runners so hastily that they ended up on the wrong feet. After a neighbour called 911, Patterson was captured as he drove around the rural area searching for her.

“She’s 13 years old, and if you read the criminal complaint, you can see the amount of control that he was exerting over her,” Barron County District Attorney Brian Wright said.

And at some point, she found it within herself at 13 years old to say, ‘I’m going to get myself out of this situation.’ I think it’s incredible.

The complaint filed yesterday offered the most detailed account yet of the attack on the Closs couple and the cruel conditions under which their daughter was held.

Patterson, 21, was charged yesterday with two counts of intentional homicide, one count of kidnapping and one count of armed burglary. A judge set his bail at $5 million cash. Prosecutors say more charges could come later.

His defence attorneys, Charles Glynn and Richard Jones, have said they might seek a change of venue. 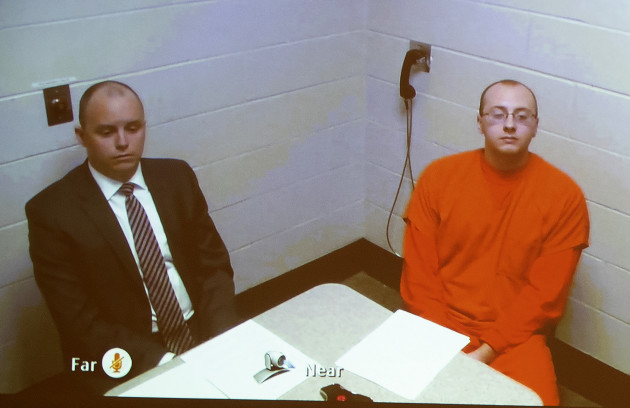 Patterson’s relatives, including his father, Patrick, declined to comment after his initial court hearing.

The suspect grew up an hour north of Barron, which is about 144 kilometres northeast of Minneapolis. He graduated from high school in May 2015 and joined the Marines. He lasted a month before he washed out after failing to meet “expectations and standards,” a Marine spokeswoman said. She did not elaborate.

According to the complaint: Patterson was working at a cheese factory west of Barron when he stopped behind a school bus on his way to work and saw Jayme getting on. He decided then that she “was the girl he was going to take”. 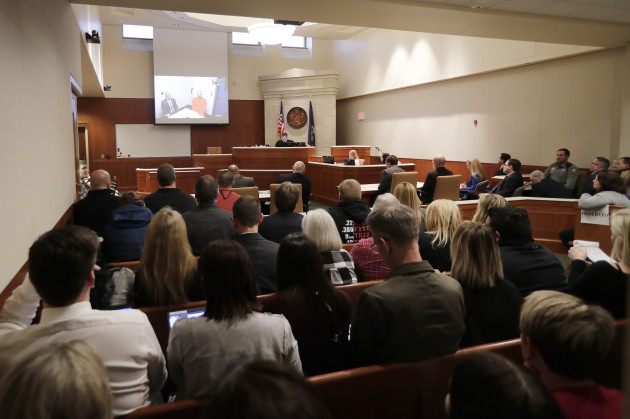 He made two trips to her home meaning to kidnap her but broke off both attempts because he thought too many people were at the house. He returned to the home a third time on 15 October.

Dressed almost entirely in black and wearing a face mask and gloves, he armed himself with a shotgun. He told detectives he attached stolen licence plates to his car so police would not be able to track him. He disabled the dome light, removed a cord that allowed the trunk to be opened from inside and coasted down the Closs driveway with his lights off just before 1am.

Jayme told police that her dog began to bark. She woke her parents. Her father went to the front door while she and her mother hid in the bathroom, hugging each other in the bathtub with the shower curtain pulled closed.

Hearing a shotgun blast, Jayme said she knew her father was dead. Patterson told investigators he shot James Closs through the front door, then blew the lock apart with a second blast.

He battered down the door to the bathroom, then pulled out a roll of black duct tape and demanded Denise Closs tape her daughter’s mouth shut. When Denise struggled to do it, he took the tape from her and did it himself. He taped the girl’s hands behind her back and taped her ankles together, pulled her out of the bathroom and then shot her mother in the head, the complaint said.

The entire attack took four minutes, he said, according to the complaint.

Patterson dragged Jayme outside, nearly slipping in the blood on the floor. He pulled her across the yard and threw her in his trunk. Squad cars racing to the Closs residence passed him on the highway. Jayme told police she could hear the sirens. He told detectives he would have opened fire if officers had tried to stop him. 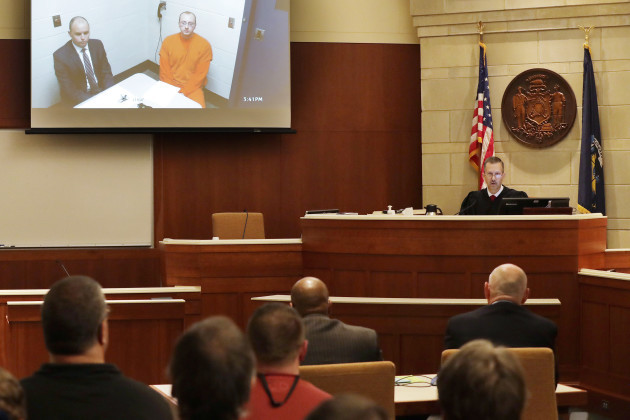 He took her to his cabin in Gordon, a township of 645 people in thickly forested Douglas County. He told police he ordered a weeping Jayme to strip and dress in his sister’s pajamas, saying he had to get rid of the evidence. He then threw her clothes into a fireplace in the cabin’s basement.

It’s unclear what Patterson may have done to her over the months she spent in the cabin. Prosecutors have not charged him with sexual assault, and the charging documents do not say he ever attempted that.

He told investigators that whenever he left the cabin or people visited him, he forced Jayme to crawl into the narrow space under his twin bed. He slid tote boxes and weights against the side of the bed so she could not see out and to make it harder for her to wriggle free.

He said Jayme tried to get out twice. The first time he screamed and banged the wall and made her so scared that he thought she would never try it again. Whenever he left the house, he told her “bad things would happen” if she tried to leave. During the Christmas holidays he left, forcing Jayme to endure 12 hours under the bed without a bathroom break, according to the complaint.

On Thursday he left again. He returned to find Jayme gone. He found her tracks and was out looking for her when police stopped him .

Patterson is due back in court on 6 February.