Kim Porter, who was mother to three of Diddy's children, has died aged 47.

The LA County coroner confirmed the news, saying she "was discovered unresponsive in her home" and pronounced dead at the scene on Thursday.

They added: "At this time, an autopsy is pending and a cause of death has not been determined."

Celebrities including Rihanna, 50 Cent and Missy Elliott have been paying tribute to her on social media.

The model and actress dated the American rapper on and off from 1994 to 2007 and they had three children together: twins Jessie James and D'Lila, 11, and son Christian, 20.

She also had a 27-year-old son, Quincy, from a previous marriage.

She appeared in films including 2001's The Brothers and in the US TV show Wicked Wicked Games. 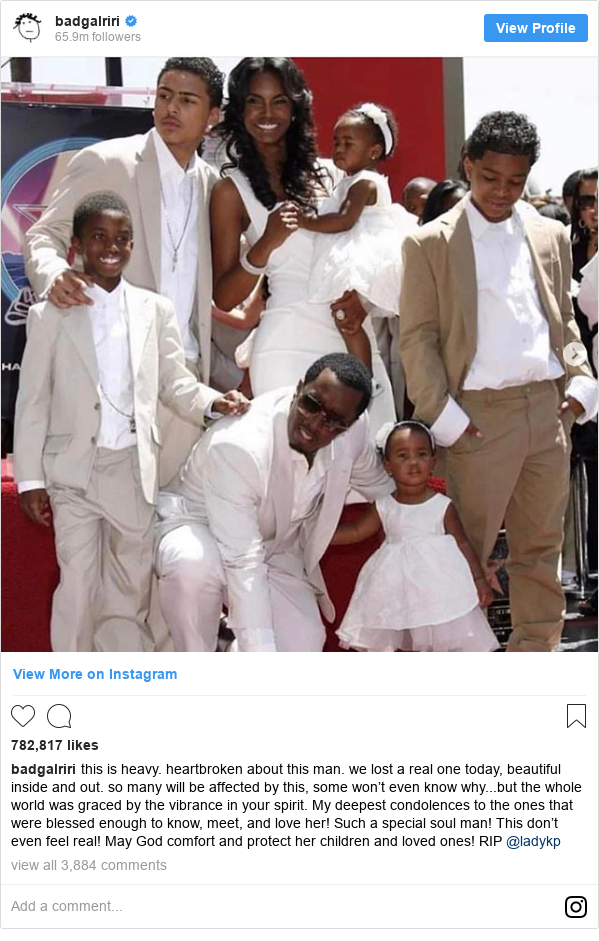 Rihanna said: "We lost a real one today, beautiful inside and out. So many will be affected by this, some won't even know why...but the whole world was graced by the vibrance in your spirit."

Kim Porter posted a picture a few days ago on Instagram of Diddy, real name Sean Combs, with his family and the caption "Love". 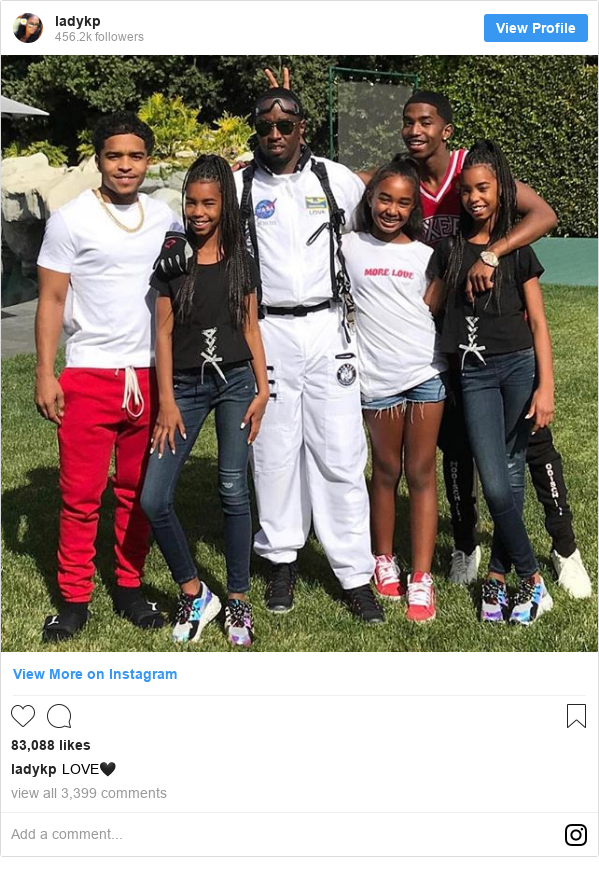 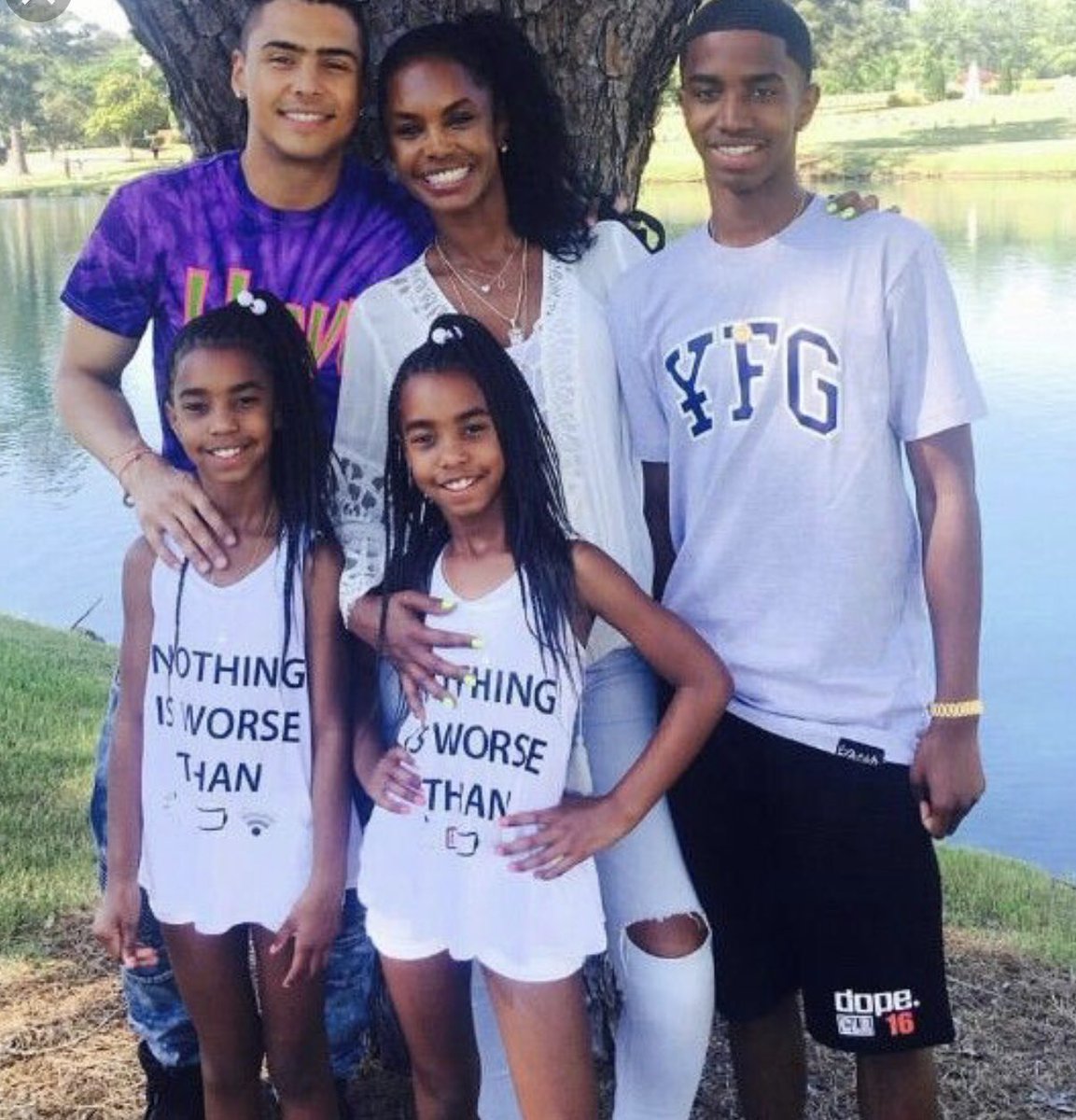 Other celebrities posting about her include Viola Davis and Kevin Hart. 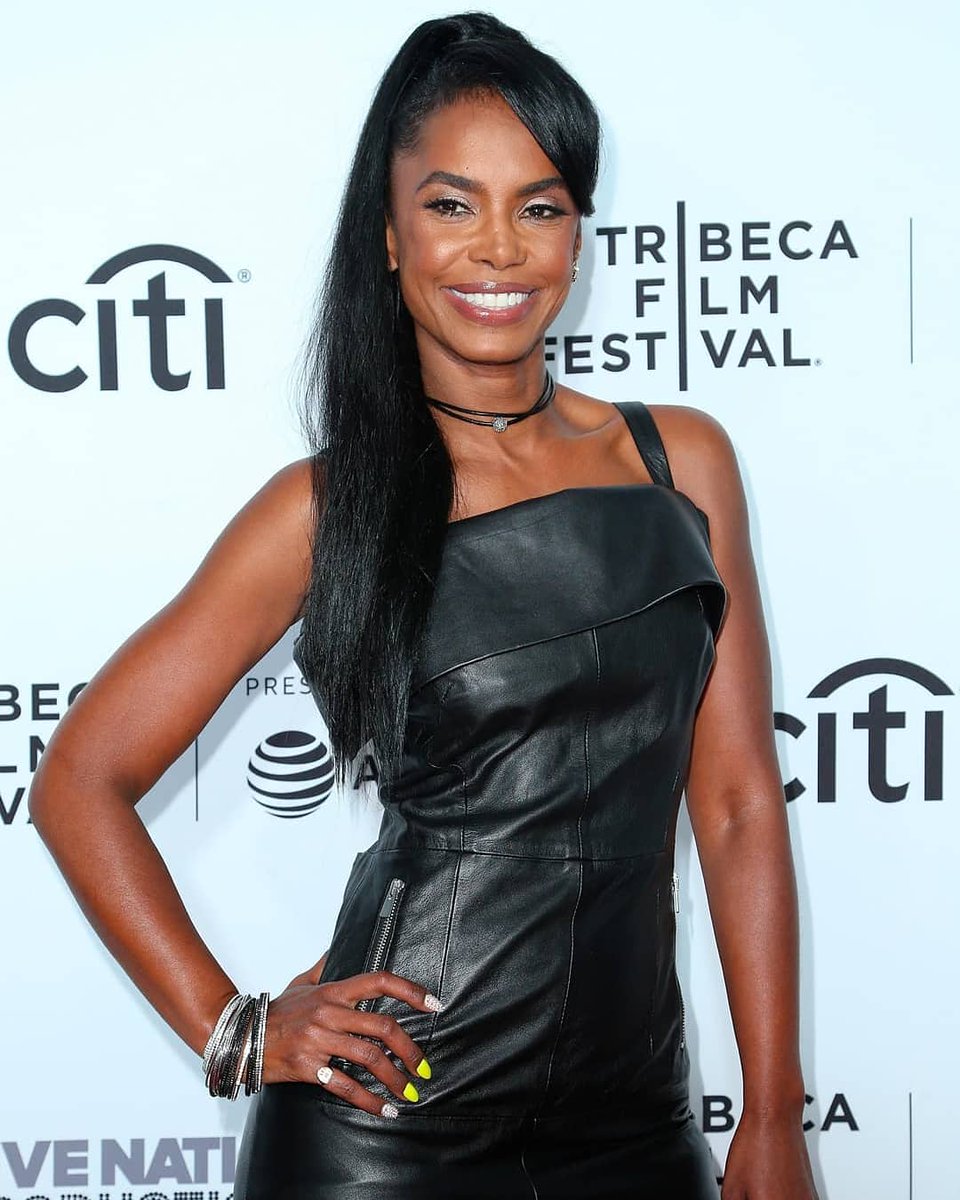 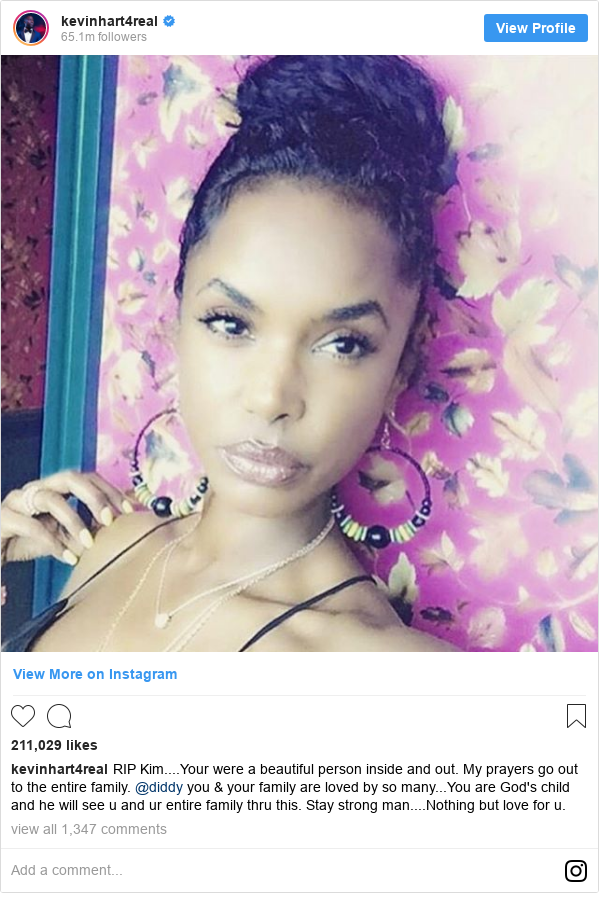 Just a few days ago, Kim posted a birthday message to Diddy, saying: "Thank you for giving me the best gifts of life - our children." 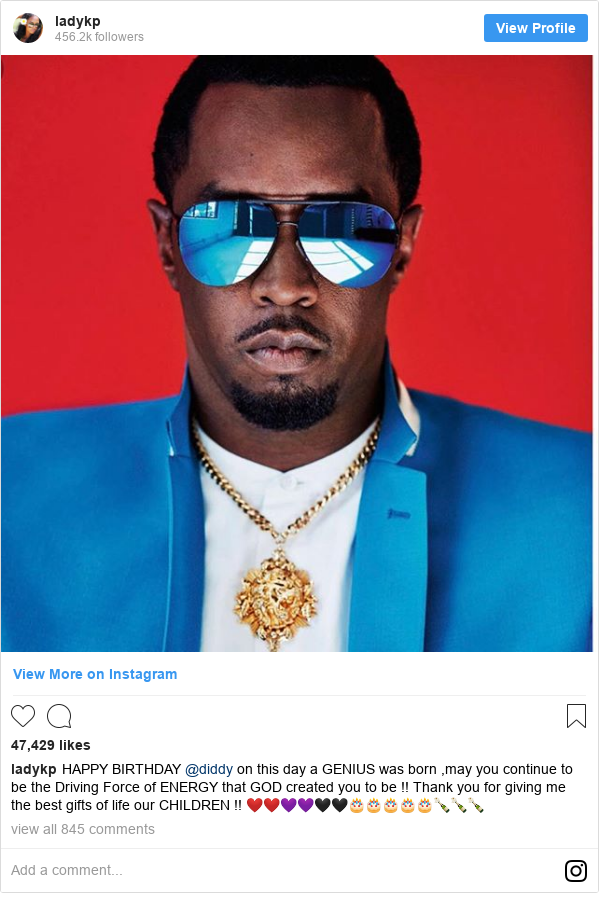