‘King’ Didier Drogba HAILED on Twitter as he retires at 40

FOOTBALL fans united to hail Chelsea legend Didier Drogba online after he announced his retirement from the sport.

The striker, 40, announced his retirement yesterday, calling time on a 20-year career in which the bullish centre forward won four Premier League titles and the 2012 Champions League.

Ivorian Drogba, who had been playing in the United States for Phoenix Rising, had two spells at Chelsea, scoring 164 goals in 381 games having spearheaded the west London club's revival under owner Roman Abramovich.

One Chelsea fan said: “Thank you for everything you did in football and for charities all these years. Good luck in the future Didier. I hope to see you back at Chelsea soon.” 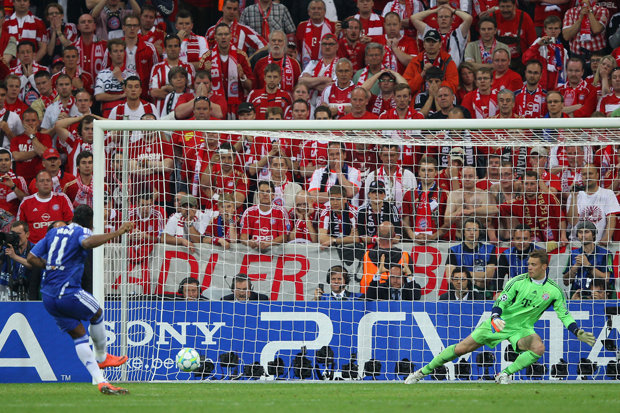 Another added: “Legend. Was a pleasure seeing you on the pitch in person, a dream come true. Thank you for getting me into this great sport. I love you. Please come back to Chelsea soon.”

And one declared: “Just one king in London.”

He shared the retirement news on his Instagram and Twitter accounts with a picture from 1989 of him playing football as an 11-year-old. 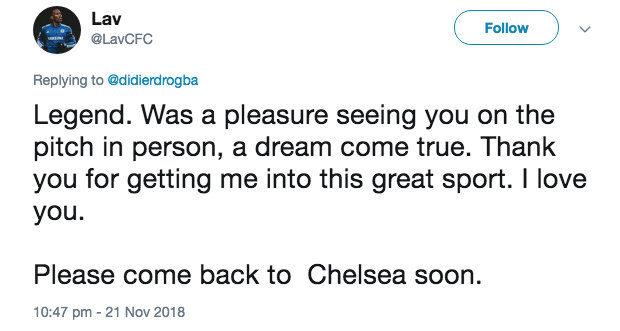 GUSHING: A fan had only praise for the former Chelsea striker (Pic: TWITTER) 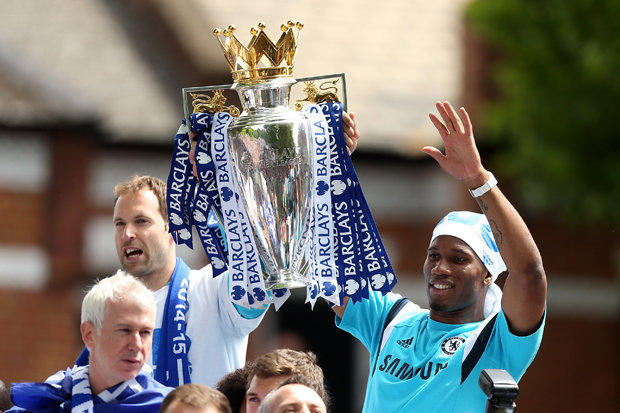 He wrote: “When I think of the last 20 years of my professional career, looking at this picture can’t make me more proud of what I’ve achieved as a player but most importantly how this journey as shaped me as a man.”

“If anyone tells you your dreams are too big, just say thank you and work harder and smarter to turn them into reality.

“I wanna thank all the players, managers, teams and fans that I have met and made this journey one of a kind!”

Drogba began his career at French side Le Mans in 1998, but did not play top-tier football until he was 23 when he was signed by Guingamp in 2002.

He moved to Olympique de Marseille in 2003 and a year later was signed by Chelsea.

The star became the attacking focal point of the team under Jose Mourinho and helped the club win their first top flight English title in 50 years.

He went on to win three Premier League titles in his first eight years at Chelsea as well as four FA Cups and two League Cups.

His first spell in west London ended on a high as he scored the winning penalty in the Champions League final shootout against Bayern Munich having also equalised with a thumping header to force extra time. 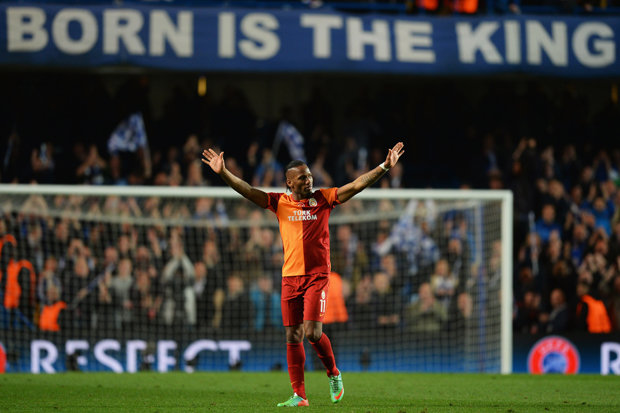 ICONIC: Drogba got an incredible ovation from Chelsea fans when he returned with Galatasaray (Pic: GETTY) 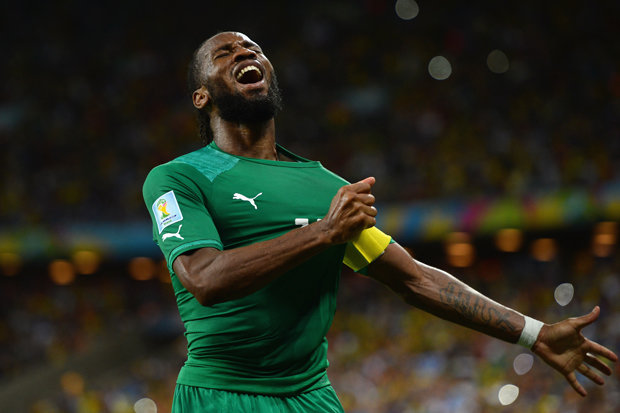 He had spells in China and Turkey before returning to Chelsea where he won a fourth Premier League title and a third League Cup, leaving the club as their fourth highest scorer of all time.

Drogba, who made more than 100 appearances for the Ivory Coast and was voted African footballer of the year twice, ended his playing days with Phoenix Rising where he was a player-owner.

"It's the best way to end, helping some young talent to develop," Drogba told the BBC.

"To give something back to the game was the best way to finish as I have learned so much in the game."