A 14-year-old boy from Texas has been accused of fatally shooting a mother and her 18-year-old pregnant daughter whose child later died after an emergency C-section, authorities revealed.

The teenager suspect was already in custody accused of aggravated robbery when he was arrested for the April 9 murder of Janette Quiroz, 37, and her daughter, Bernadette Quiroz.

Janette was found dead outside of her home at the Rosemont University Park apartments in San Antonio, and Bernadette – who was seven-months pregnant – was discovered critically injured. 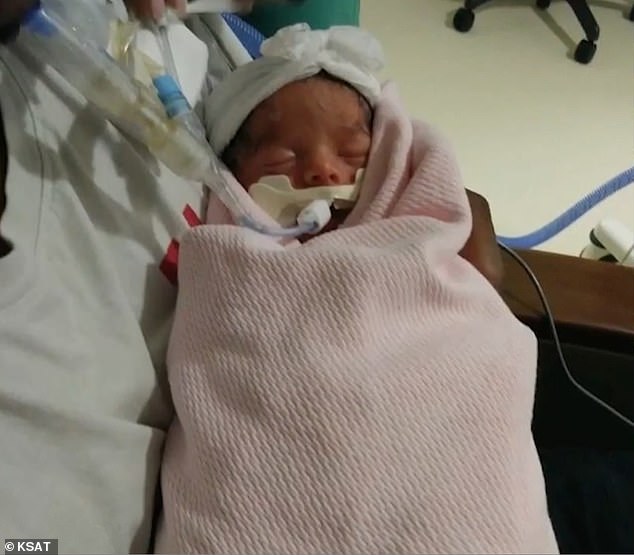 The 18-year-old was rushed to a local hospital but sadly died just hours later.

Her daughter, Tabitha Quiroz, had to be prematurely delivered by emergency C-Section.

Initially the child survived the birth but sadly died three days later having suffered a bleed on the brain, according to KSAT.

Malida Quiroz, who would have been Tabitha’s great grandmother, described the moment she came to the agonizing decision to switch of the baby’s life support system, after doctors declared her brain dead.

‘She had a leak on her tummy, a leakage on her brain, and again, she didn’t have [any] signs of life,’ Malida told the station. 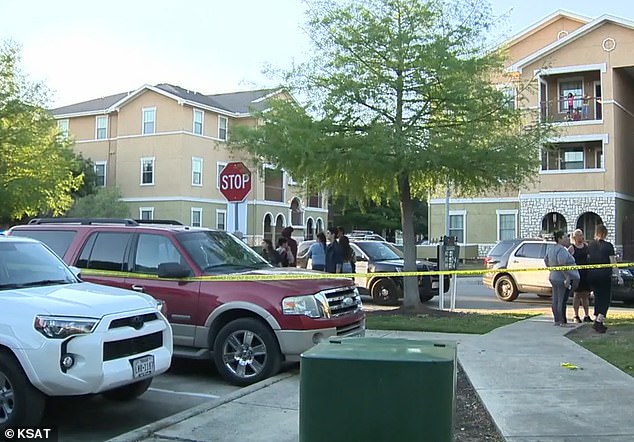 ‘I didn’t want her to suffer, so I made that decision. And all I can say is she went with her mom because she was dead by the time they got her to the hospital, too.’

Investigators have not yet revealed the boy’s identity because of his age, but on Thursday he was charged with capital murder in relation to the deaths.

It’s unclear what relationship the boy may have to the victims, but the Quiroz family have called for him to be tried as an adult and issued the death penalty.

‘I feel like, we’re in Texas. So I want them to get the full punishment. I don’t care how old you are, or how young you are, you deserve the death punishment,’ Bernadette’s brother Damian said.

On Wednesday, the teenager appeared in Bexar County Juvenile District Court where Judge Arcelia Treviño informed him the boy he would be remaining in custody for the foreseeable future. 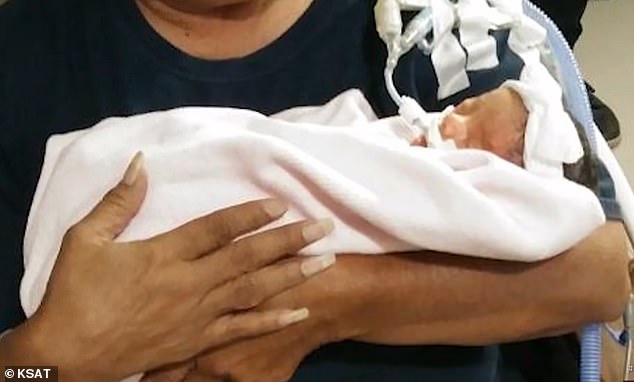 ‘Right now this court is not releasing you,’ the judge said. ‘You are a danger to yourself or another human being.

‘Based on the complaint and the allegations, the court doesn’t feel you are safe being in the community,’ the judge concluded.

Prosecutors now have 30 days to decide whether they would like to file a petition to continue with their pursuit of capital murder charges and try the boy as an adult.

‘The law does not allow the state to seek the death penalty on someone as young as 14,’ Bexar County District Attorney Joe D. Gonzales told News4.

‘Typically you don’t see someone as young as 14 being subject to adult certification but the law does allow it in extreme circumstances and certainly this would be one of them.’ 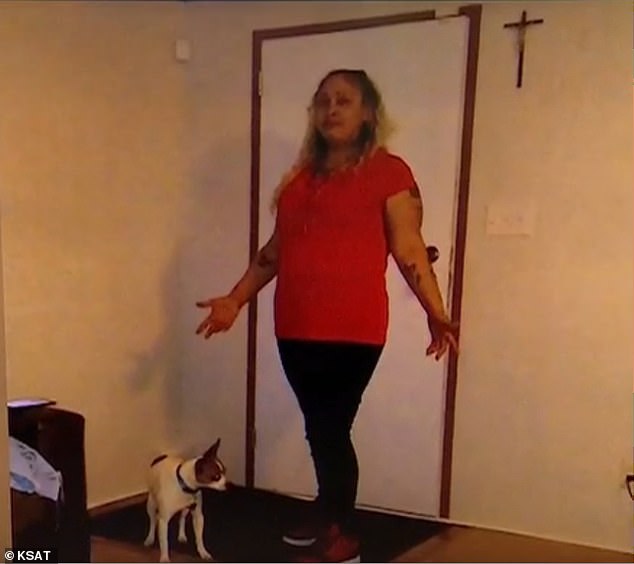 The teenager will next appear in court on June 12. He has not yet entered a plea.