LIVERPOOL fans got very excited when Dominic Solanke got a goal for England U21s in style.

The 21-year-old joined Liverpool in 2017 after failing to break through at Chelsea.

And he has since struggled at Anfield, scoring only one goal in nearly 30 appearances.

It was a different story for the England U21s earlier this week, though, as the forward scored a brace. And Solanke was on form again last night as the Three Lions faced Denmark.

In highlights from the match, England are 2-1 up early into the second half.

Manchester City star Phil Foden drives the ball low into the box, forcing a save from Daniel Iverson.

But the Leicester loanee fails to keep hold of the ball as Solanke pounces.

he forward pushes the ball away from goal before stunning everyone with a back heel shot chipped over the keeper.

Solanke wheels away in celebration as he adds to his first-half header to make it two braces in two international games.

And the Anfield faithful were also full of praise for their young talent.

“Filth that is,” one supporter said.

While a third made a suggestion to Jurgen Klopp about the Englishman’s place in the squad. 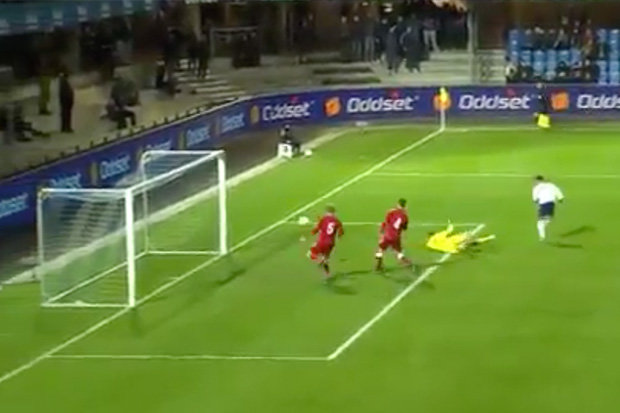 “Get him in that Liverpool side,” they said.

And a fourth added: “Goalanke!”

This comes as fellow Liverpool stars Joel Matip and Divock Origi could be on the way to Turkey in January.