LAURA Crane has had a tough time since her Love Island experience ended.

The starlet was a late-starter during this year's Love Island series, but soon struck up a romance with Jack Fowler, 22.

Although they left the villa as a couple, Laura Crane, 23, found herself single once again just weeks after leaving the house.

However, that was the least of her problems, as the pro surfer was rushed to hospital in October, due to falling seriously ill.After undergoing several tests, Laura was diagnosed with sepsis — a life-threatening condition caused by the body's response to an infection.

If not treated in a timely manner, sepsis can lead to multiple organ failure and death.

Laura spent ten days in hospital, before being discharged in good health on November 8.

The rising starlet appeared on ITV's Lorraine this morning, alongside Dr Sarah Jarvis, to talk about her health battle.

Revealing she still doesn't know just how she came to have the infection, Laura said it was her mum who brought her to the hospital. 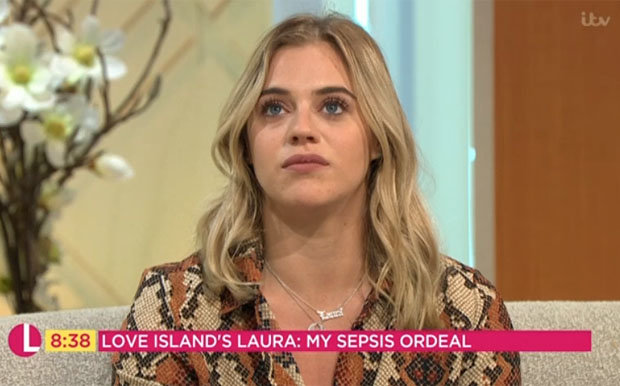 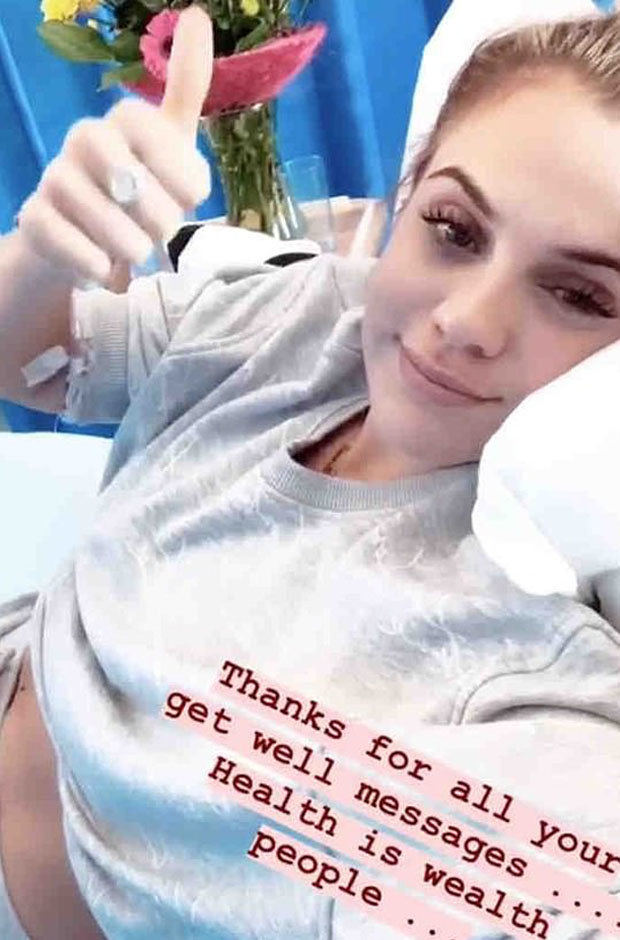 HOSPITAL STAY: The starlet was under the care of doctors for ten days following her demise (Pic: Instagram)

The athlete admitted: "I didn't realise how ill I was... I had a really high temperature. My heart literally felt like it was coming through my T-shirt... I wouldn't have gone to hospital without my mum."

Having initially thought she was suffering from "really bad period pains", Laura soon came to learn something was drastically wrong.

Explaining how her health quickly deteriorated, Crane said: "I was quite delirious. I had no real concept of time."

Laura was suffering from an extremely high temperature and her heart was racing during the first few days of her hospital stay. 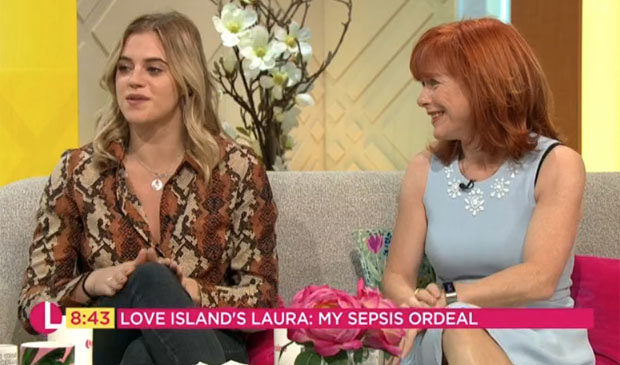 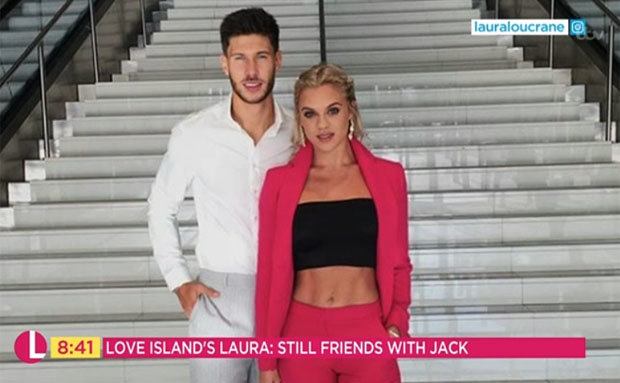 Detailing how she felt, the starlet said: "I felt like I was out of control of my body."

Things soon turned worse for Laura, as a cyst on her ovaries became infected, developing an abyss which had to be drained by the doctors.

While Crane had the support of her family and friends, her Love Island ex Jack also made a visit to her hospital bedside.