Police in Paris have used tear gas and water cannon to disperse protesters who are furious over rising fuel costs.

Demonstrations and road blockades have been planned nationwide as the "yellow vest" protests enter a second weekend. They have been named after the fluorescent jackets worn by protesters, which motorists must keep in their cars by law. 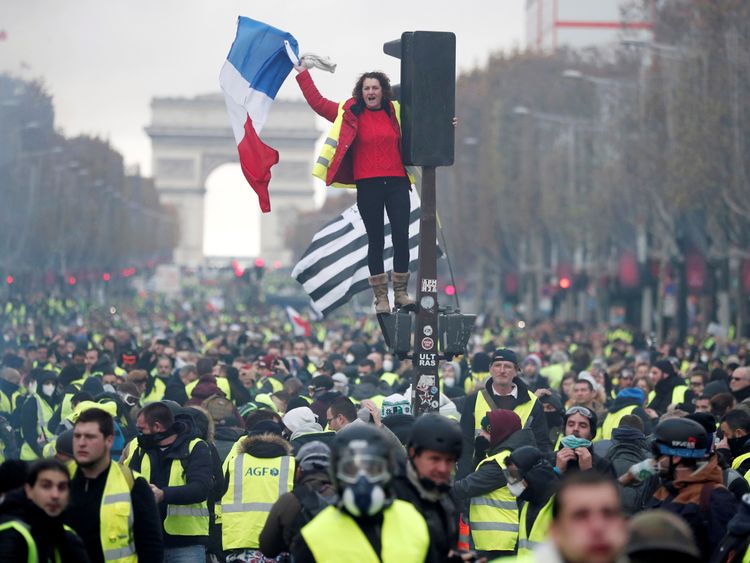 In the capital, hundreds descended on the Champs Elysee, where officers stopped them from advancing to the presidential palace nearby.

Some of the protesters were singing the national anthem, while others brandished placards demanding the resignation of French President Emmanuel Macron and calling him a "thief". 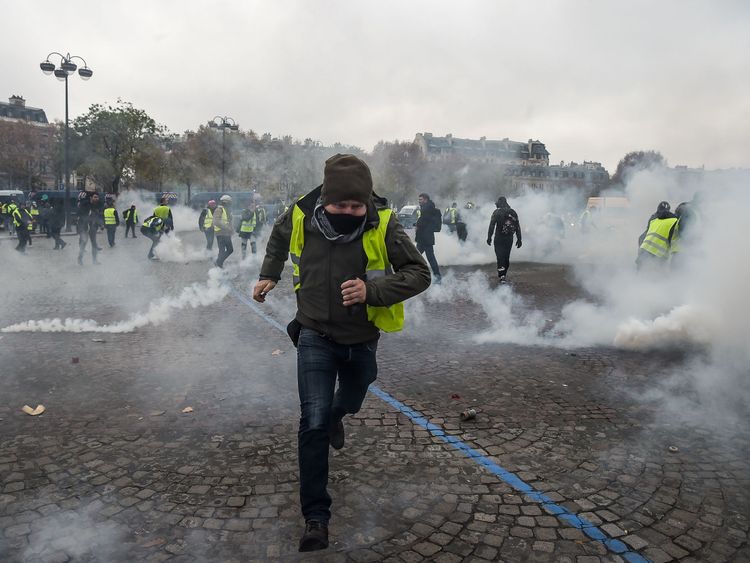 They are opposed to the taxes that Mr Macron introduced last year on diesel and petrol, which are designed to encourage people to use more environmentally friendly forms of transport.

The price of diesel has risen 23% in the past 12 months, while Mr Macron's approval rating has sunk as slow as 21% in recent opinion polls. 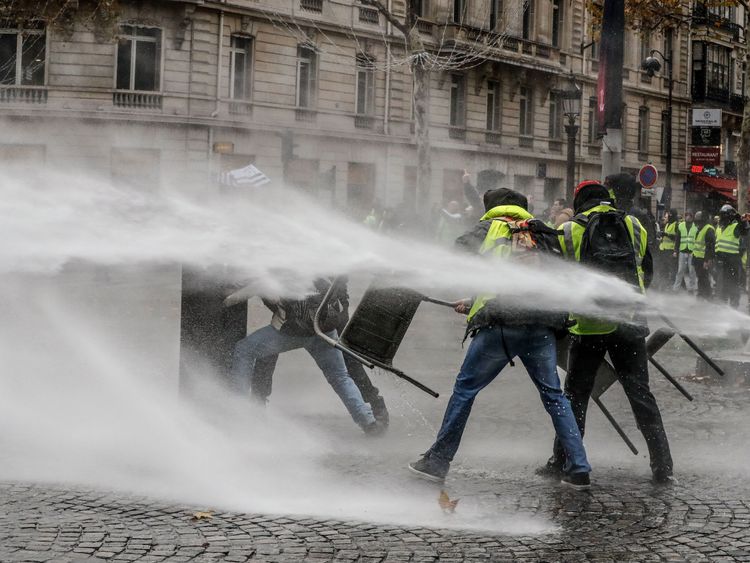 Away from the capital, highways have been blocked - with burning barricades and convoys of slow-moving trucks obstructing access to fuel depots, shopping centres and factories.

Two people have been killed in the protests so far, including a 62-year-old woman who was run over by a motorist who panicked after her car was surrounded by demonstrators. 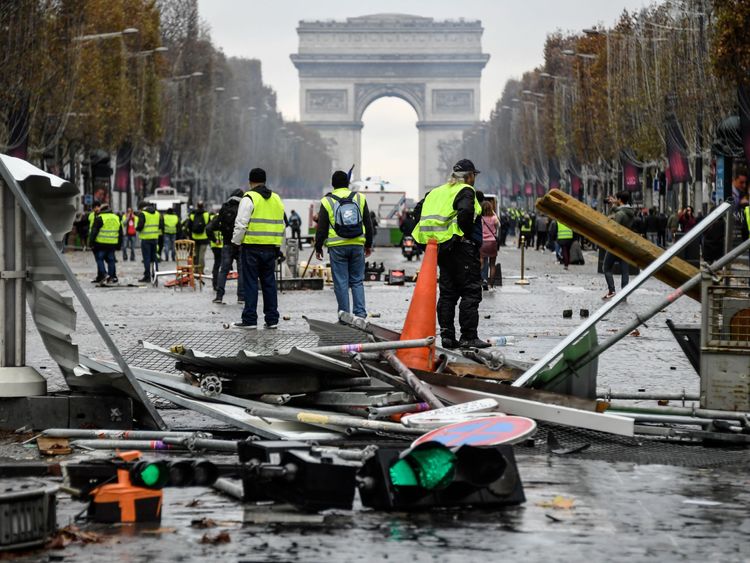 A poll this week indicated that 73% of people in France have expressed support for the protests, which have been characterised as a grassroots movement lacking in clear leadership. Mr Macron has admitted that he has "not succeeded in reconciling the French with their leaders" and had "not given them enough consideration", but is standing firm and refusing to rescind the fuel taxes.