Paxex Forum / General / News / Man, 42, 'shot his girlfriend's son, 16, and daughter, 15, dead because they complained about him smoking in their house' then turned the gun on himself

Man, 42, 'shot his girlfriend's son, 16, and daughter, 15, dead because they complained about him smoking in their house' then turned the gun on himself

A man shot and killed his girlfriend's teen daughter and son because they complained about his smoking, then turned the gun on himself.

Paul W. Ferguson, 42, gunned down Della Jette, 15, and her brother, Sterling Jette Jr., 16, in their Watertown, Connecticut home Tuesday night, according to authorities.

Police responded to the home after the teens' mother, Dani Jette, 40, called 911 to report that her boyfriend had shot her children.

Della and Sterling were found on scene with life-threatening injuries and died at the hospital, the Watertown Police Department said in a news release. 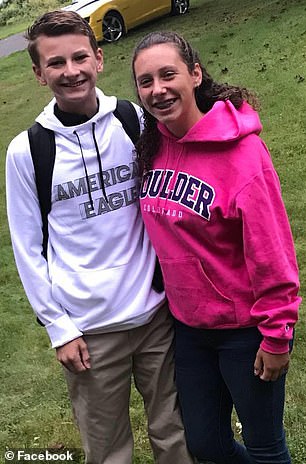 Ferguson was pronounced dead at the home from a self-inflicted gunshot wound, according to police. Dani was uninjured.

Watertown police said there was an argument before the shootings between Ferguson and Della. Police chief John Gavallas said at a press conference Wednesday that Della was upset over Ferguson's smoking cigarettes inside their house, and confronted Dani about it.

'It became a little bit loud,' Gavallas said. 'Ferguson was downstairs with the son watching TV. He came up and told the daughter to quiet down and not talk to her mother that way. They had a bit of a dust-up back and forth.'

Gavallas said Ferguson went into a bedroom, got a gun and shot Sterling in the leg when the teen came upstairs to confront him. Della went out onto a deck and the mother ran downstairs to call for help.

Ferguson followed Della out onto the deck and shot her in the chest before coming back inside and shooting Sterling in the chest, the chief said.

Ferguson then locked himself in a bedroom and shot himself, police said.

Della and Sterling were both students at W.F. Kaynor Technical High School in Waterbury.

'There is nothing worse that can happen to a school community. Our number one priority right now is doing all we can to support our students, staff and families through this crisis,' said Jeffrey Wihbey, the state's superintendent of technical education, in a statement. 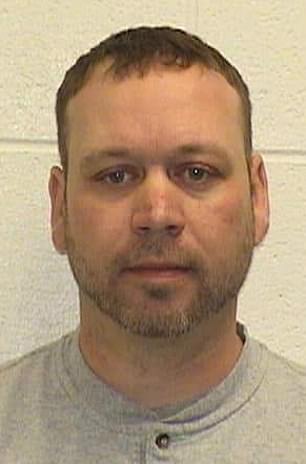 Crisis teams have been set up to provide counseling and support for those grieving the brother and sister, who had previously attended Watertown Public Schools through the eighth grade, superintendent Rydell Harrison said.

'The Watertown community has suffered a tremendous loss', the school district leader said in a statement on Twitter. 'Our school community, like the wonderful town we live in, will come together to do everything we can to provide support to our students, staff and families during this difficult time'.

A memorial service and candlelight vigil for the teens is scheduled to take place on Friday, Dec. 6, in Watertown.

Ferguson, who was not legally allowed to be in possession of a gun after a 2007 sexual abuse charge of unlawful restraint, moved into the home about two weeks ago, police said.

The investigation into this double murder-suicide is ongoing.