Man pulled over for driving with shattered windscreen

Police have expressed disbelief at pulling over a driver on the motorway who was trying to peer through a severely damaged windscreen at night.

The male Volkswagen driver was stopped by the Central Motorway Police Group (CMPG) at about 22:30 GMT on Wednesday.

He was travelling southbound on the M6 between junctions 14 and 13 for Stafford.

Officers ordered the owner to take his unroadworthy vehicle off the highway until the damage had been repaired. 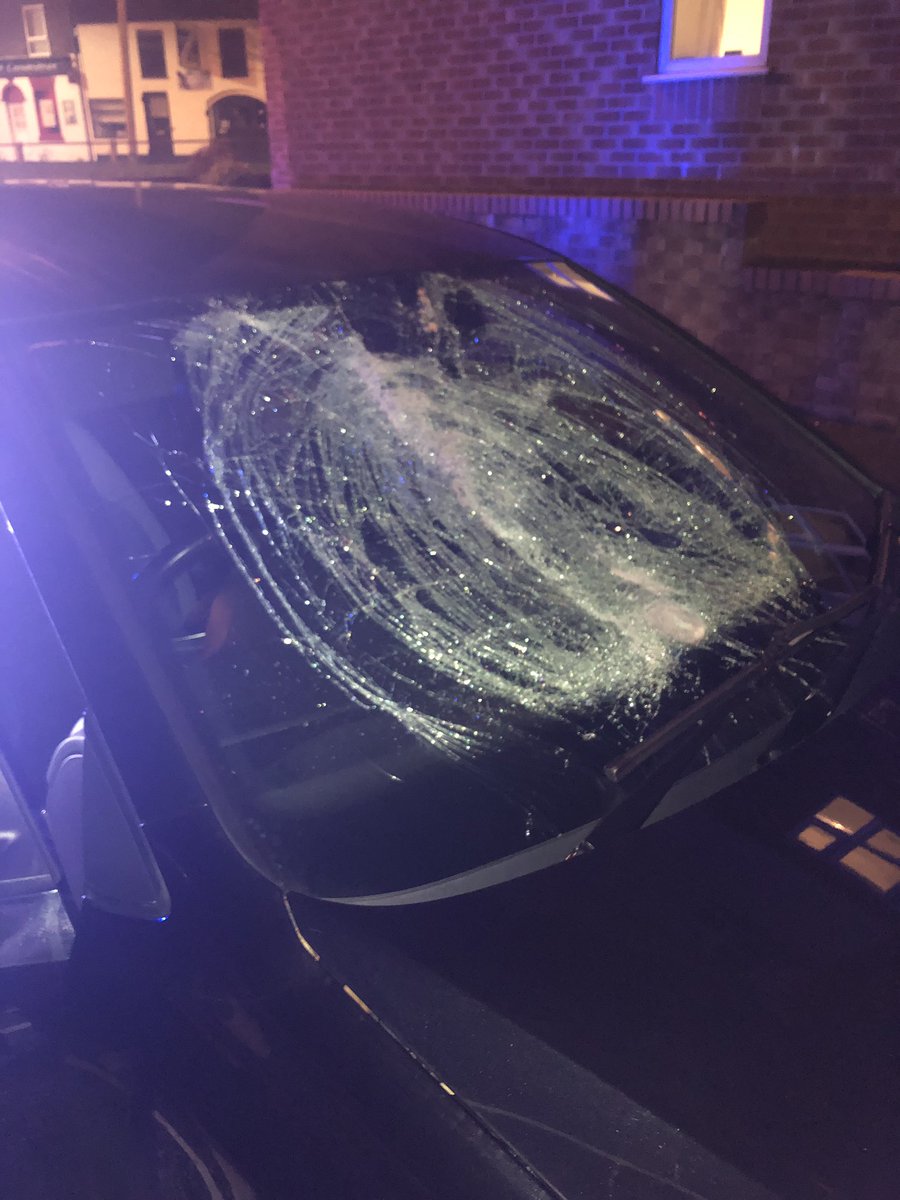 The force posted a photo of the windscreen on social media expressing their surprise: "We've just stopped this vehicle in @Policingstoke he didn't think it was too much of a problem. 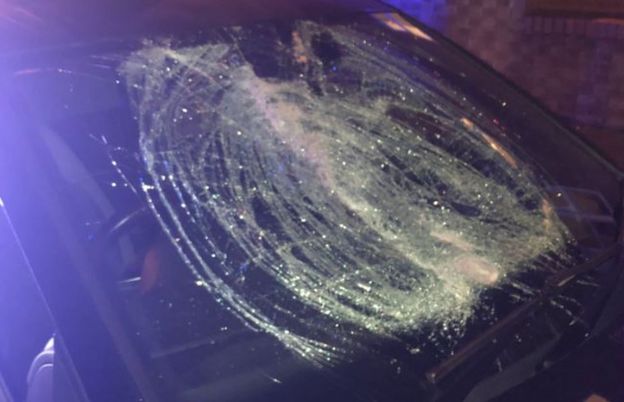 Other social media users were quick to quip that the driver should have removed the windscreen altogether and worn driving goggles, others wondered what the driver had hit to cause such damage.

Four hours later, CMPG was still shocked and made another reference to what happened, when dealing with another driver.

An officer tweeted: "Vehicle stopped in the @Policingstoke area driver had no licence or insurance, (but it did have a intact windscreen). Car seized and driver reported."