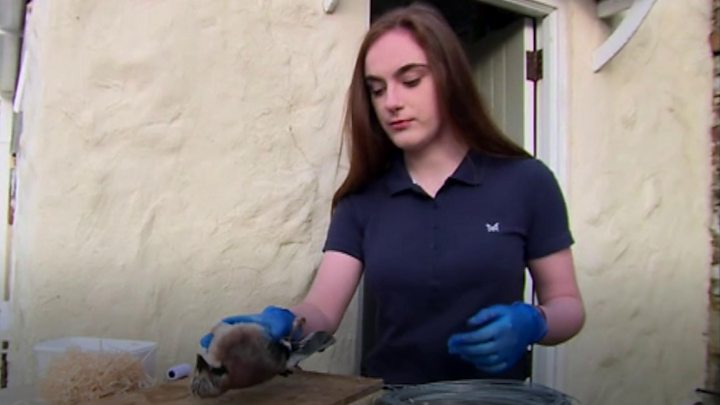 In her spare time, 16-year-old Sydney Langton has a singular passion: stuffing birds and foxes and any other roadkill that comes her way. Here she explains why she loves being a teenage taxidermist.

Look into a freezer belonging to any of my friends and you will most likely find chips, fish-fingers and ice cream.

That's not the case with me.

My own personal freezer, stored out in the family shed, is filled with roadkill.

In it are badgers and foxes, a seagull and duck, some pheasants and partridges.

They are not to eat, of course, but to stuff, for my rather unusual hobby - especially for a teenage girl - taxidermy.

Admittedly, it's a niche world. Growing up, while my friends were interested in sport or reading, I was fascinated by dead animals.

If I came across a dead hedgehog or bird, I would poke at it with a stick, or bring it home to examine, marvelling at its anatomy.

My interest was piqued further when, age eight, I was visiting a friend's house and saw a fox's head on the wall.

With my parent's help, I bought one off eBay, but swiftly realised this wasn't a sustainable path.

Instead, I began contacting established taxidermists for advice, and for my 13th birthday, my parents paid for me to attend a course where I was taught how to stuff a jay.

It was quite an involved procedure, learning how to remove the meat off the bones, then separate out the feathers and stuff it with shredded wool.

I had to make precise incisions and use accurate sewing.

From there, I gradually expanded my repertoire.

I have done foxes and badgers, stoats and weasels and even an eagle owl, which had been raised in captivity and died aged 10. 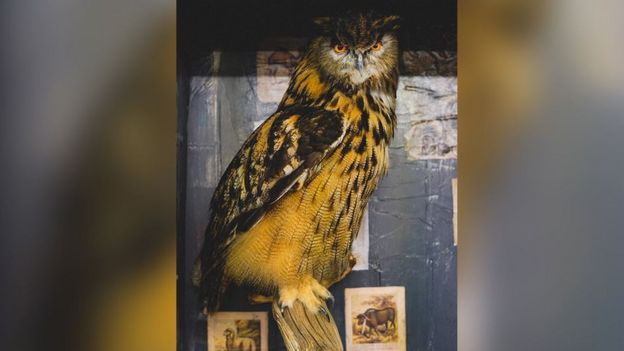 A stuffed eagle owl, worth around £800

I am a member of the Guild of Taxidermists and attend conferences, and although this isn't really a woman's world, or one for teenagers, the experts I've met have been very encouraging and helpful.

My work was also given a boost when my teachers [at school in Llandudno, Conwy], said I could submit it for my GCSE artwork.

Of course, I know some people find taxidermy squeamish or controversial.

But I never condone killing animals for taxidermy, and would only ever work with creatures that have died of natural causes or been hit by cars.

When I'm working with protected species, like red squirrels, I have to have official documents that prove they have not been killed for the purpose of taxidermy.

Personally, I think the process is beautiful; I see the creature that was once there.

I also feel it's a way of preserving the animals for education and of keeping a record of that species for years to come.

The only taxidermy I don't like is pet taxidermy, as I don't feel it can ever truly capture the personality of the animal. 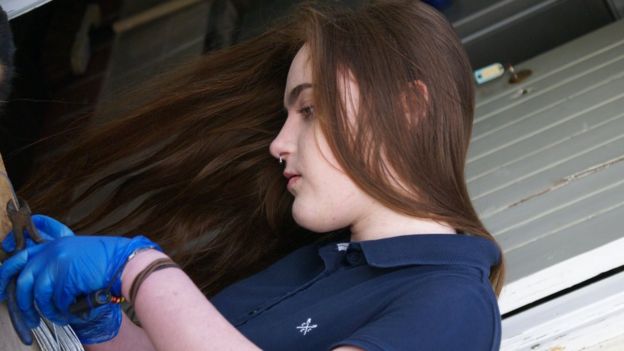 At work: Sydney says each piece takes days to prepare

My hobby has led me to become known locally as the 'taxidermy girl'.

Neighbours bang on the door with foxes and magpies, or tell me where roadkill is, which I collect with my dad, Doug, when we're sure it is safe.

I invest a lot of time in my work; a single crow can take 10 hours to stuff, and it can be a hard, frustrating process that can end in tears.

It is not simply about stuffing an animal.

The main aim, in fact, is to make the creature look as lifelike as possible by its stance or position, and it takes a lot of skill, which I'm still learning.

My interest has now grown to the extent I want to be a professional taxidermist when I leave school.

Already I have some sold some pieces. 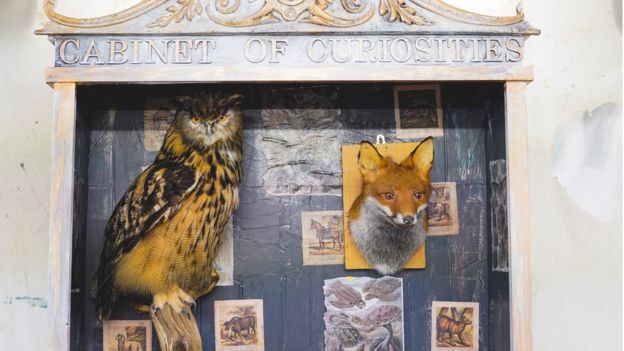 Sydney's Cabinet of Curiosities for her GCSE artwork

Personally, I love doing birds and one of my ambitions is to taxidermy a peacock.

I do realise this is a niche pastime, but for me, it is one creating art of pure beauty.