A millionaire's daughter used to a lavish life of designer handbags and luxurious holidays trades it all for three nights of sleeping on the streets in this week's Rich Kids Go Homeless.

Isabella James, 21, who is studying for a masters in business psychology as well as working as a talent scout, claims she's determined to prove she's not a pampered 'princess' by taking part in the experiment. 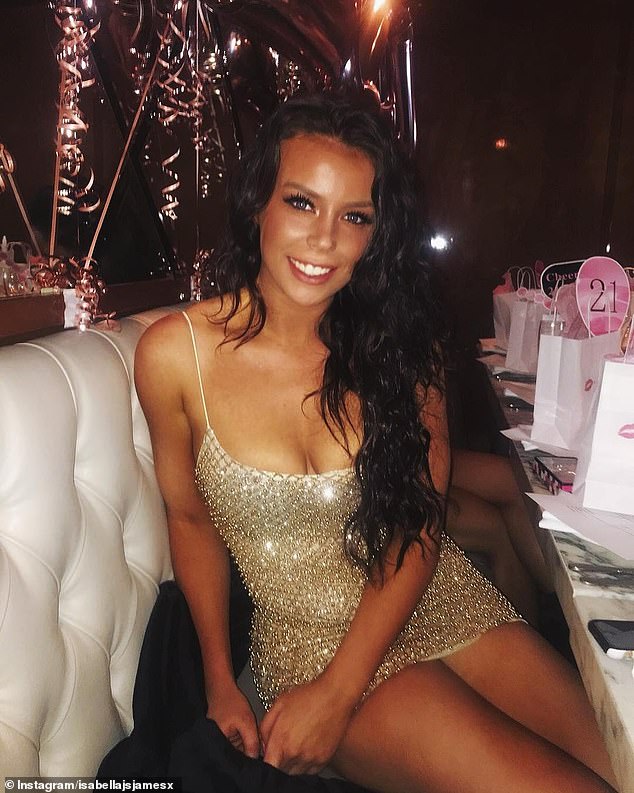 Despite enjoying six exotic trips abroad a year, owning a designer wardrobe which includes an £8,000 handbag and dating successful racing driver Seb Morris, Isabella believes she's got what it takes to survive on the streets.

She says: 'I've always been judged on how I look. People think I'm a good-looking girl with a wealthy lifestyle and so I must be a snob.

'I may look like a princess but there's more to me than that.'

She reveals her plan to make cash by recycling plastic and tins and selling it to supermarkets and claims she doesn't want to resort to begging.

Isabella said she believes some people who live on the streets have become 'comfortable' with being homeless and don't have the 'get up and go' to make a change.

'There is a lot of drugs and a lot of drinking and the homeless could do more to get themselves off the streets,' she argues, adding she doesn't agree with begging because 'expecting people to just hand you money when you haven't worked isn't right'.

But her opinions are changed radically when she adopts the life of a homeless person on East London's streets.

Isabella sets up camp in Stratford, one of the capital's most dangerous spots where one in 25 people live rough.

Admitting she's nervous because she's had to be picked up from every music festival she's ever been to because she 'doesn't like camping', Isabella struggles to fit in. 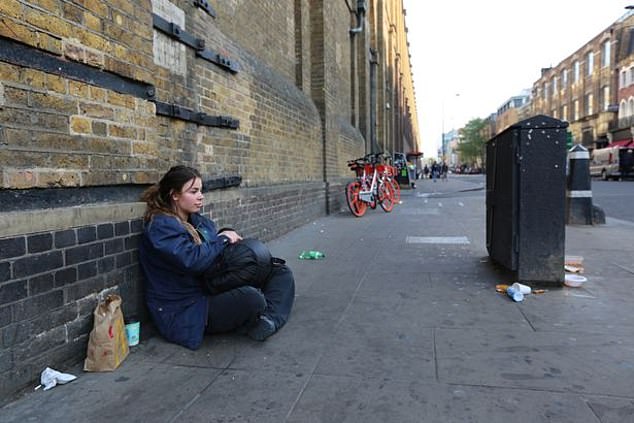 She spends her first night on a piece of cardboard in a sleeping bag, having turned down a bed next to another homeless person.

At the crack of dawn, Isabella goes in search of breakfast and manages to secure herself a full fry-up and porridge from a soup kitchen in a church, followed by fried chicken for lunch.

When her plastic bag plan falls flat, Isabella tries to find a job in a car wash and as a pot washer, but both are unsuccessful as she doesn't own the correct ID card.

Admitting she is 'frustrated', she begins to think work isn't an option - and even reneges on a previous plan to sing and dance for money as it feels too similar to begging.

Desperate, she caves in and begs for her supper, sharing her story with passersby and managing to make £45.

But rather than spend this on a hostel, as she can't get a room due to her ID issue, she saves it and spends it on breakfast for herself and a fellow homeless person in the morning - after sobbing herself to sleep.

Intrigued to find out how other women survive on the streets, Isabella teams up with Cathy and her dog Bobby.

Cathy has been sleeping rough for eight years after she and her boyfriend, who is a drug addict, had their children taken away from them.

She too was addicted to drugs but has overcome it, and now has a relationship with her children - apart from her eldest son who won't speak to her. 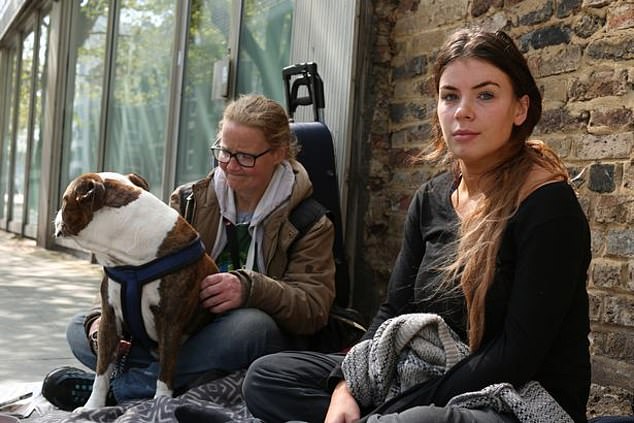 She tells Isabella: 'I've been doing this for a long time but there are still times when I'm frightened on the streets.'

After her final night on the street, Isabella returns to her comfortable life a changed woman.

She says: 'I've had to face up to some hard truths and my bubble has been popped.

'My initial ideas were proved wrong. I didn't realise how difficult it would be to find work or somewhere to stay.

'The experience has been overwhelming and it's tested me but it's also taught me a lot about being homeless.'

Determined to ensure her experience wasn't in vain, Isabella has now made it her mission to help people who have no choice but to live on the streets and has petitioned the government to change the law to make it easier for homeless people to get ID.

While she was initially unsuccessful, the 21-year-old has pledged to try again.