Paxex Forum / General / News / Millionaire's drug addict son, 37, who went to private school has been sleeping on the streets since he was 15 - and insists you 'just get used to it'

Millionaire's drug addict son, 37, who went to private school has been sleeping on the streets since he was 15 - and insists you 'just get used to it'

A drug addict who has been living on the streets for 21 years after being thrown out by his millionaire parents has revealed how he's turning his life around this Christmas.

Ryan Staffiere, 37, from Truro, Cornwall, branded himself a 'good boy gone wrong', having attended private school before turning to a life of drug and alcohol abuse.

He began smoking cannabis at the age of 11 and continued to experiment with substances during his teenage years, becoming a heroin addict by the age of 20.

Ryan has 93 convictions on his criminal record and recently made news headlines after climbing into the back of a police car drunk and demanding they gave him a lift home.

Having been banned from his mother's house last Christmas after downing three bottles of tequila, vodka and brandy, this year Ryan has turned a corner and is set to begin his third stint in rehab.

He's also enrolled on a number of courses, which has helped to give him a sense of purpose, and is currently living in a B&B. 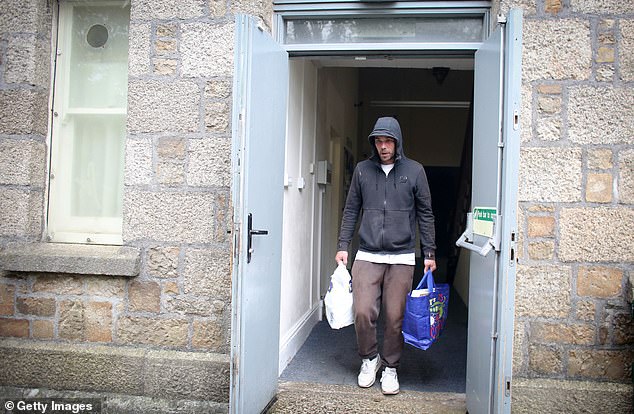 'I will be in rehab and spending Christmas with the homeless. That's what I want to do,' he told Cornwall Live.

'I'm not sat on the streets begging, trying to get a tenner for crack. I've got courses lined up.

'I want to be an advocate for homeless people. I could take them to doctors appointments and things like that. I would volunteer at first but that's what I want to do as a job.'

Ryan told how his parents owned holiday cottages and were 'millionaires', but he was kicked out for his love of the party scene.

He admitted to mixing with people who were using drugs and it spiraled into a serious addiction.

'I was a heroin addict when I was 20. When I was 25 the crack cocaine came down here. I got into it and then it's just been a downward spiral ever since,' he explained.

Speaking about his life on the streets, Ryan recalled how he would stay in car parks and often spent nights walking around, too scared to go to sleep.

Over time he said you 'just get used to' sleeping rough and likened his existence to that of a sparrow - which means not moaning about a lack of central heating and feeling 'chuffed' when someone gives him a pasty.

He admitted the worst thing about being homeless is getting wet in the rain and having no where to go to dry off and warm up. 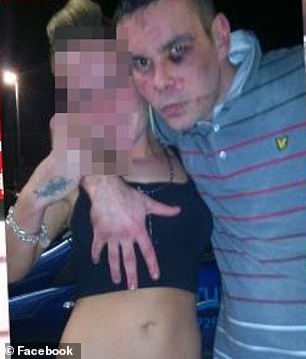 Ryan told how he had a string of 'toxic relationships', during most of which he was abusing alcohol and drugs.

He has a 10-year-old daughter whom he is not in contact with; her mother died from an overdose and the little girl now lives with his family outside of Cornwall.

She is his primary motivation for getting his life back on track, so that she can say her father 'tried his best' when she gets older.

Ryan is a regular at the St Petrocs resource centre in Truro - which offers support to people who are experiencing homelessness - where he's allegedly one of the favourites among the staff, volunteers and clients.

He credited the organisation for getting him to rehab in the past and providing him with housing, food and clean clothes.

'Two years ago I was happy injecting heroin and smoking crack. I couldn't give a f*** that I was on the streets, I couldn't see a future for me,' Ryan told the publication. 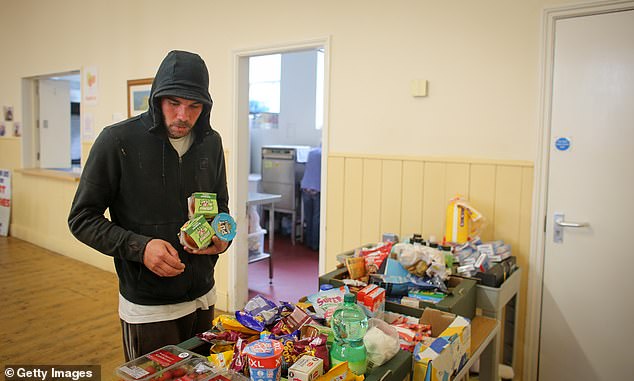 The courses have given me something to do and opened my eyes. There's more to life than just existing.'

These days Ryan goes shopping every week - something he's never done before - and buys himself new clothes.

While he still sees his parents and goes round for cups of tea and the odd meal, he admitted they don't approve of his lifestyle.

Ryan urged people to think twice judging his situation, adding: 'There are addicts that do drugs and fund it out of their own pockets and junkies that rob old ladies and you all get thrown get thrown under the bus.

'You don't need anything to be a nice person.'

St Petrocs has an ambition to end street homelessness in Cornwall through its main objectives, which include campaigning to raise awareness and initiate support and funding.