TWO ADULTS and two children are dead after a suspected arson attack at their house.Cops rushed to the scene where a body with gunshot wounds was found outside the burning home, according to reports.

Three charred bodies, including two of children, were found inside the property in Colts Neck, in the US state of New Jersey.

The victims have been named by US media as Keith Caneiro, 50, his wife Jennifer Caneiro, 45, and their two young children.

More than 20 fire departments tackled the blaze at the mansion, worth $1.5 million (£1.2 million). 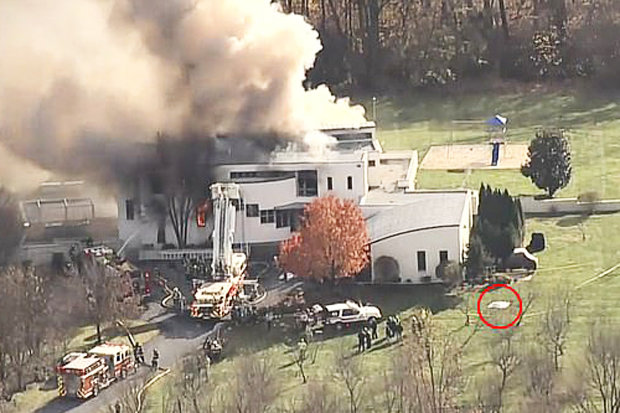 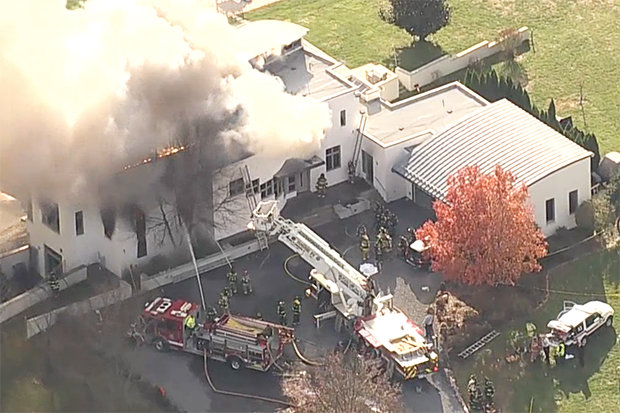 Keith — who was CEO of tech company SquareOne — was found dead in front of the house with a gunshot wound.

Mystery currently surrounds the deaths, and it is not yet known how Caneiro sustained gunshot wounds — or whether the fire was a deliberate arson attack.

Monmouth County Prosecutor Christopher Gramiccioni said: "We have no reason to believe anyone in the community is in any danger at this time."

He said the bodies inside the house were badly burned — delaying the process of formally identifying them.

"Unfortunately they were burned so severely as a result of the fire they were exposed to," he said.

"That's making things somewhat challenging as far as the medical examination that needs to ensue."

Caneiro is the founder and boss of SquareOne, while his brother, Paul is the vice president.

A separate fire was reported at Paul's house in Ocean Township, New Jersey, at around 5am, just hours before the blaze at his brother's home. 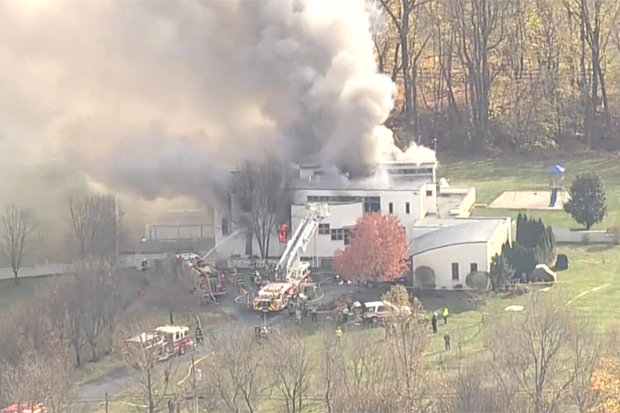 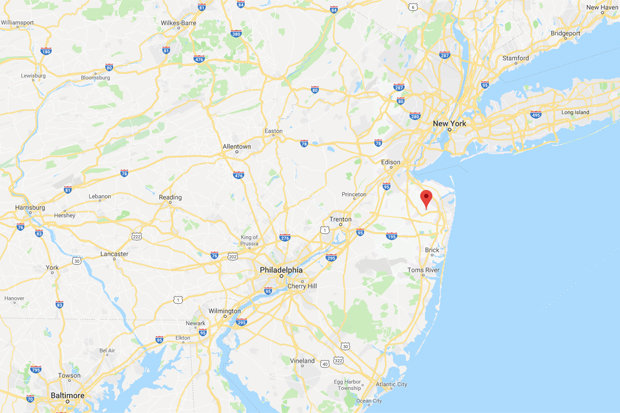 MAPPED: The blaze happened in the wealthy New Jersey community of Colts Back (Pic: GOOGLE MAPS) 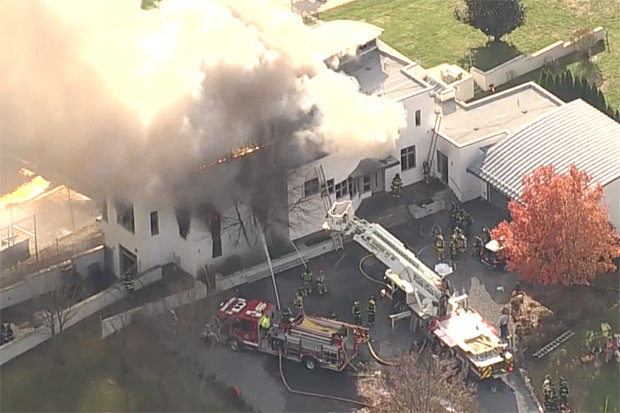 MYSTERY: It isn't yet known if the mammoth blaze was started deliberately (Pic: 4NEW YORK)

No one was injured in the earlier blaze, but local reports claim gas cans were found behind the building.

Gramiccioni said police are still looking into whether the fires are connected.

"That remains to be seen but that is an angle we continue to pursue," he said.