Paxex Forum / General / News / Mom, 17, is charged with manslaughter for the overdose death of her nine-month-old son after she and the boy's grandmother, 43

Mom, 17, is charged with manslaughter for the overdose death of her nine-month-old son after she and the boy's grandmother, 43

Two Maryland women have been arrested in the death of a nine-month-old baby boy who overdosed on fentanyl and heroin on Thursday.

The baby's mother, 17-year-old Alexus Lorraine Taylor, and the baby's grandmother, 43-year-old Laurie Ann Taylor, were taken into custody by the Anne Arundel County Police Department after they concluded an investigation into the death of Niyear Taylor. 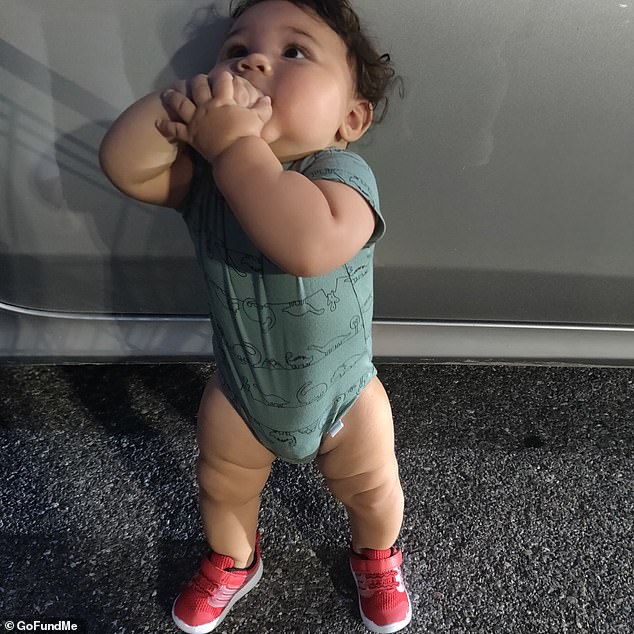 Laurie was given the same charges, but received an additional two counts of reckless endangerment in regards to her daughter, Alexus.

Emergency crews were called to a home in the 7900 block of Chesapeake Drive in Orchard Beach on July 27 where they found Niyear unresponsive and in medical distress.

The boy was taken to the Baltimore Washington Medical Center, where he died at 10.19am.

Investigators interviewed relatives familiar with the situation who said the baby was 'wheezing' while he was put to bed around 2am that morning.

Alexus and Laurie, who were sleeping with the child, called 911 when they learned Niyear was not breathing

An autopsy conducted by the Office of the Chief Medical Examiner confirmed that the child had fentanyl and morphine in his blood, liver and stomach.

Further testing found that Niyear had ingested heroin and fentanyl, prompting the medical examiner to rule the baby's death as an overdose with the manner being homicide.

It was unknown to authorities at the time, but Laurie had driven her two daughters and Niyear to Baltimore City to purchase four heroine capsules to share among themselves on July 26.

When they returned home, Laurie realized that one capsule was missing and the three women searched their home extensively  to no avail.

The missing capsule was never found. 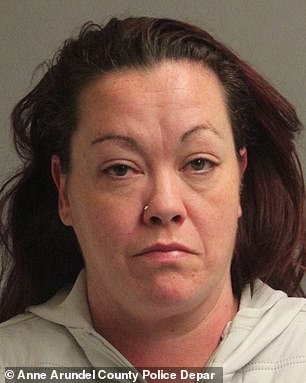 Laurie and Alexus drove back to Baltimore City to purchase another heroin capsule before returning home around 1am to find Niyear 'breathing oddly.'

Laurie wondered if Niyear had accidentally ingested the capsule, but decided to 'wait and see' after discussing medical care with Alexus.

Detectives with the Homicide and Fatal Overdose Units executed a search warrant on the Taylor's home on August 14 and discovered empty capsules with powdery substances in every single room of the residence.

'Upon completion of the search warrant over one hundred gel caps were recovered from the floor, the infant’s diaper bag, and various other areas within the residence.' the Anne Arundel County Police Department said.

Lab tests confirmed that the capsules contained heroin and fentanyl.