A mother who was pregnant and gave birth during the raging war in Yemen has revealed she lived in constant fear she and her baby would be killed and slept under her bed wearing headphones to block out the sound of bombing.

Sukaina Sharafuddin, 29, who currently lives in the country's largest city, Sana'a, with her husband and son Elias, now three-and-a-half, told how she struggled with high blood pressure due to the worry and anxiety.

She found it near-impossible to sleep, worrying an air strike would hit her home and kill her and her loved ones.

On the night she gave birth, Sukaina travelled to three different hospitals but none of them were able to accept her due to a lack of facilities.

She was eventually admitted and gave birth by C-section, requesting a general anaesthetic so she didn't hear the sound of warplanes.

Now Sukaina, who works as a communications coordinator for charity Save the Children, says Elias is a happy and healthy toddler, but it breaks her heart that all he's ever known is his country at war.

'As a mother you want to make sure your child is safe, happy, and that he sleeps well,' she told FEMAIL.

'I have taken him to 10 or 11 different nurseries because I keep hearing they targeted a house or a neighbourhood nearby, so I move him, and this goes on and on and on.

'In the end nowhere is safe; almost every area has been targeted, and it breaks my heart that he doesn't know the country how I knew it before the war.' 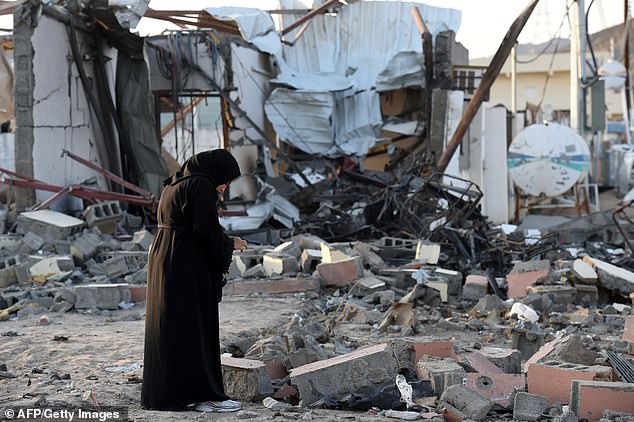 Sukaina found out she was expecting a week before the conflict, which has seen Saudi Arabia and Iran support opposing sides in a four-year civil war, broke out.

'I had that joy of being pregnant and threw a small party, the way modern mothers do, I was too excited,' she recalled.

'Little did I know the war would happen one week later. That's when all hell broke loose.

'The first night I think there was more than 100 air strikes in Sana'a alone. I remember my doctors during my pregnancy were telling me to put headphones on with loud music to try to sleep.

'I wasn't able to sleep; most nights I slept under staircases or under my bed. Although it sounds silly, I lived in fear that an air strike could fall on top of our roof and kill many people, like they had all around me.

'That happens less often than it used to in the capital, but we still hear it almost weekly.'

Sukaina said she was terrified she would lose her baby and would pray every night for her and her son to stay alive.

'When you see a lot of destruction happen to people you know, I have seen what an air strike does a single home, a family, the injuries, most of them are dead, so I was always worried,' she said.

'Every night I would call my mother and we would cry over the phone saying our last goodbyes.

Sukaina said her number one pregnancy craving was to sleep 'for five or six hours' without being woken by the harrowing sound of warplanes.

During the final month she suffered from high blood pressure, which doctors put down to the constant fear she felt.

'Obviously during pregnancy you're told to relax, not to worry, but this wasn't possible for us,' she said.

After giving birth via caesarean, Sukaina was unable to see her son for the first few days as she was recovering.

'I remember making everyone who came to visit me during the first few days swear that my son was alive, because I hadn't heard that happy cry that makes all the pain go away,' she recalled.

Now Elias loves airplanes; he sees them on TV and has lots of toy planes, but he knows the moment we hear an airplane in Sana'a, it means that we have to run away from windows, escape to the holes, sleep under the staircases, because they only mean one thing - an air strike. 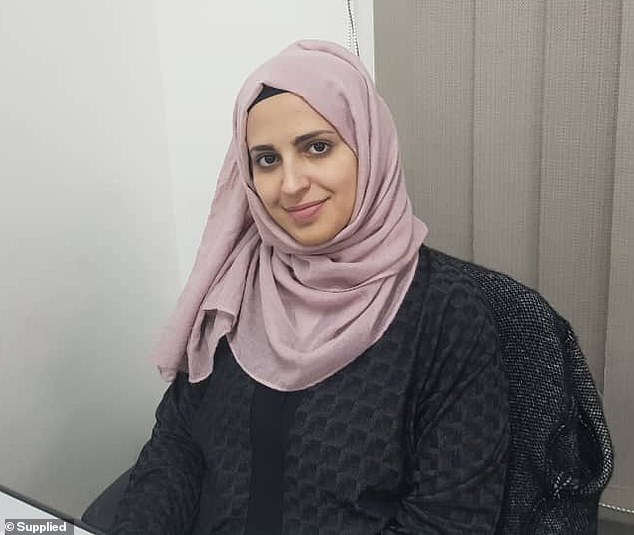 'Our airport is not functioning, so that's the only time you hear an airplane, when they're about to drop bombs.'

Sukaina admitted she does 'regret' bringing Elias into the world during the conflict, but said she's lucky to have him as if she didn't, she would have 'lost her mind'.

'I get scared very easily,' she said. 'I'm shocked at how strong and resilient I've become, but I'm doing all of this for him and trying to pretend that I'm happy rather than showing the worry and crying.

'We have a place in our house that we call the safety zone, although I live on the ninth floor so it's not really safe, and the building has lots of broken windows, but I have no other place to go so I have to adapt everything and move on.'

Sukaina said she feels 'trapped' in Yemen, as they can't travel anywhere without a visa.

She added that working for Save the Children is a 'relief' because she does get to see 'the bright side'.

'We help children overcome trauma and get back to school. We provide medical aid. I don't know what I would have done if I didn't have this job, I'd be depressed I guess,' she said.

'I remember when we were working in an office two years ago and the worst air strike ever targeted Aden (a port city and the temporary capital).

'Our Save the Children office was in the area where this missile dropped. It killed around 500 people and injured so many, it was the worst ever recorded in Yemen.

'I remember that day seeing colleagues with injuries, buildings destroyed. It will take us many years to overcome what we have seen and heard.'

Sukaina considers herself lucky to have an income, as many Yemenis - including her husband - have lost theirs due to the collapsing economy.

'Everyone is in need, they are drowning in debt, everybody I know is, because there is no income, so they find people to lend them money, and then it goes on and on,' she explained.

Sukaina lost her 17-year-old cousin as a result of the war as her diabetes medication became unavailable.

'The airport was not open for us to transfer her, so she went into a coma and died. It was very sad for us,' she said.

'People are dying from diarrhoea in Yemen. Anywhere else in the world you'd get medication and get better, but here half of the hospitals have either shut down or are partially working. Medication is hard to get into the country, it takes months, and then once it's available it's ridiculously expensive so many families can't buy it.' 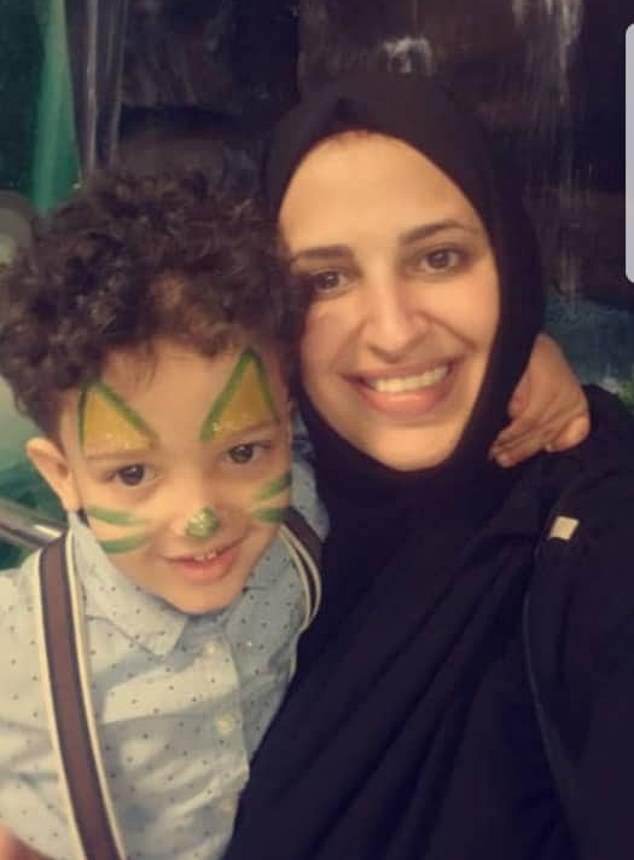 Despite the bleak situation Sukaina, like many Yemenis, hopes that the conflict will be resolved.

'We believe with excessive pressure, governments can do something about Yemen,' she told FEMAIL.

'They need to stop selling arms to Saudi Arabia, they need to put pressure on this war to end.

'I visit many children in different offices and ask if they have hope, and their message is always, "Look at us in the eyes of mercy". We are innocent people and what's happening here is in the hands of the world.'