Paxex Forum / Entertainment / Events / Mum who was heavily criticised by friends for placing her toddler son, two, in a rear-facing car seat hits back after her decision saved his life in a horror crash

Mum who was heavily criticised by friends for placing her toddler son, two, in a rear-facing car seat hits back after her decision saved his life in a horror crash

A traumatised mum who was heavily criticised by friends for placing her toddler son in a rear-facing car seat has told how it saved his life during a head-on car crash.

Mum-of-one Tathra Di Liberto was faced with every parent's worst nightmare last week when she received a chilling call that her toddler son Axton, 23 months, had been involved in a severe car crash.

The 35-year-old from Lowood, Queensland, had taken her son to stay with her mother Bronwyn the day before so Axton could spend time with his grandparents, who live an hour away, over the weekend. 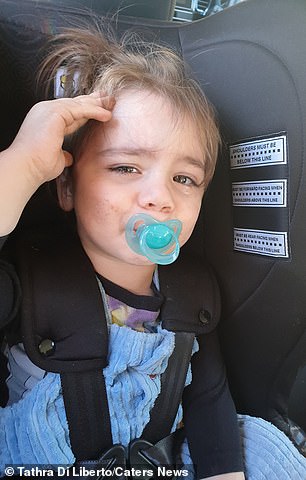 But the next afternoon, Tathra and her husband Anton, 34, discovered their son, along with Tathra's mum and brother Bailey, 21, had been involved in a severe head-on collision with an 'out of control' car.

'My parents love to have Axton stay with them over the weekend every so often, so they can spend some time together with their grandson,' she said.

'I'd dropped him off at their house on the Friday afternoon. Mum and I were actually discussing the rear-facing seat, as they were going to put it in their car. 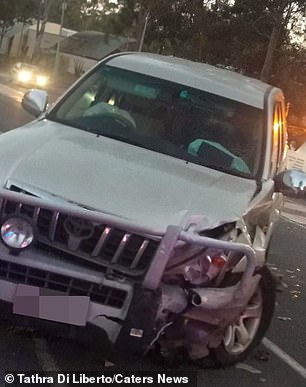 'Mum suggested to just turn him to the front, but I said not to, and helped her adjust it. And thank god we did. I got a phone call from my brother after 5pm the next day who told me that they'd all been in a car accident. I felt sick to my stomach.

'They'd not even got two miles from the house when it happened. They were just going to grab some dinner together. He said everyone was okay, but that him and mum were hurt. But luckily, Axton didn't have a scratch on him.'

Tathra's mum and brother were both injured, with Bailey suffering severe whiplash and seatbelt bruising, while Bronwyn had a tendon completely torn off the bone in her knee. 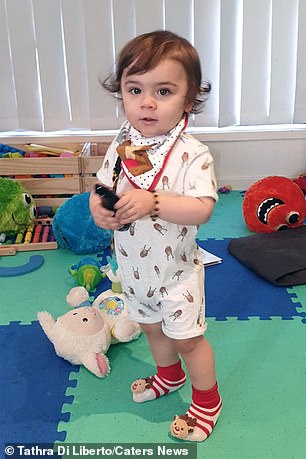 'Thankfully, Axton is fine, and Mum told me that the paramedics, police and firefighters all told her the rear-facing car seat saved his life,' Tathra said.

'Without it, he could have suffered internal decapitation, neck injuries or a broken spine. He could have been killed or paralysed for life.'

Despite facing backlash from friends and family who insisted Axton was 'too big' to be placed in a rear-facing car seat, Tathra said she always felt it was far safer - despite Australian guidelines stating children can be placed front-facing from six months old.

Australian law differs notably from UK law which states children need to be at least 15 months old before they can use a front-facing car seat – while US guidelines suggest the child remain in a rear-facing car seat until they are two years old. 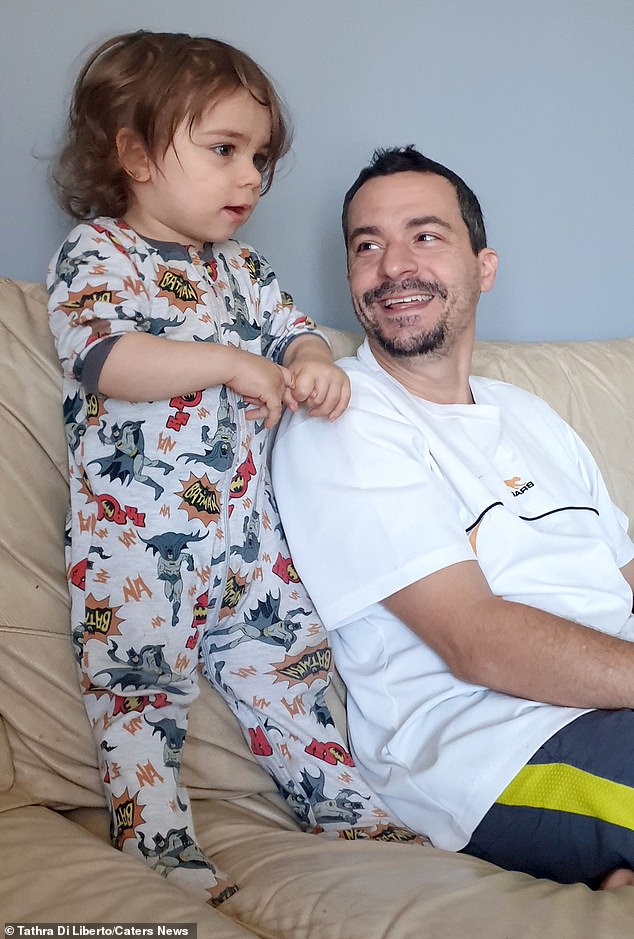 Tathra is now calling for Australian laws to be changed so that children would need to stay in rear-facing car seats for longer - preferably until age two - which she believes could save countless lives.

'I'm just so grateful. I keep thinking about the 'what if?' scenarios, and it makes me feel sick,' she said.

'I think poor Axton is a bit traumatised from it though, because he cries every time as soon as I put him into the car seat now. He never did that before.

'There is a bit of debate about when kids should be turned front-facing, and I really would urge parents to keep them rear-facing for as long as possible.'

Tathra claims it is 'so much safer' and that although the guidelines allow babies to be turned after six months, she doesn't think this is long enough.

'I used to get criticised by loads of people who told me he was too old for it, or that he would get bored. But at the end of the day, it can save your child's life. I'd never want to risk it,' she said. 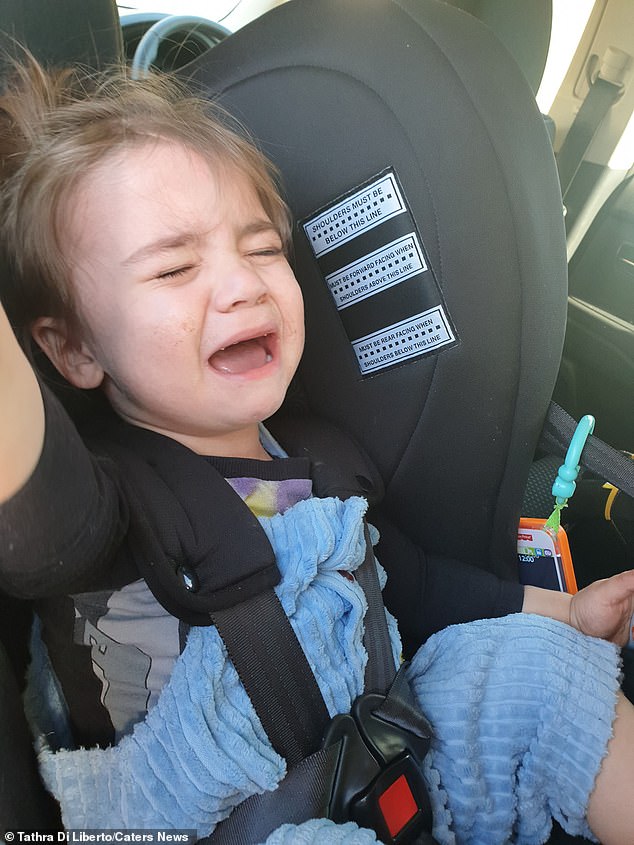 'When I think about how easily we could have lost him, I get teary. My husband and I are quite traumatised by it all. I'm just so thankful that he is still with us. This could have have a far more tragic outcome.'